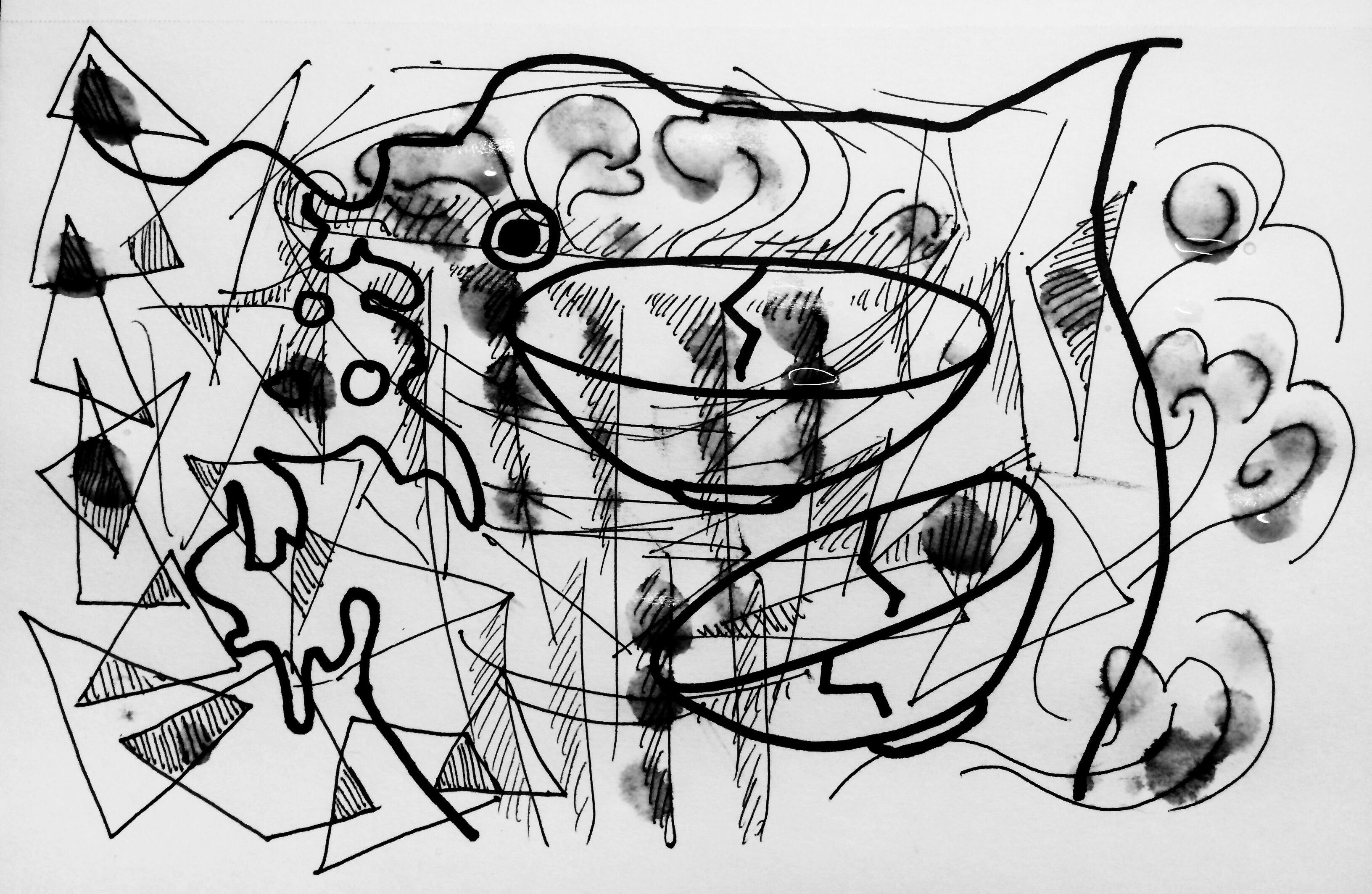 I woke up to darkness.

Slowly, I lifted myself from bed and wandered over to the window, where outside this new city glimmered, humming at dawn, promising things that I could not yet decipher. It felt magical, standing there, not knowing what time it was, wondering what was to come. Such was waking up in a new city, a new country, a whole other continent halfway across the world. Seoul, South Korea.

I padded into the kitchen, from which I could overhear beeping noises of the microwave. I found my mother dressed in her dark red robe and I told her good morning, coming over to kiss her on the cheek.

“Would you like some hot chocolate?” she asked. I nodded, asking her, then, what time it was. “It’s six A.M.,” she told me, and when I widened my eyes at her: “We’re all jet lagged.” She laughed tiredly.

I stepped outside the kitchen and went around its bar platform to sit on a high chair. Facing my mother again, I said, “Where’s Dad?”

That afternoon we would go visit our new school, Seoul Foreign British School, and take an entrance exam. I was excited. Although I had experienced moving before—gotten used to it, even, in this Third Culture Kid lifestyle—never before, ironically, had I stepped into a truly, entirely new culture.

“He’s had a bit of a rough day, hasn’t he?” my mother said, setting the bowl of hot chocolate in front of me.

The drink tasted bitter, and more like water than anything else, but I didn’t say this to my mother. Instead, I tipped the bowl over, the liquid pouring through my lips, and looked at her. Question marks dancing in my eyes.

“Well, don’t you know?” Mother said. “Your father nearly got into a fight yesterday. He only held himself back because you and your sister were with him.”

I coughed, choking on some of the hot chocolate. “What?” I said. “I mean, I know he got frustrated, but I didn’t expect him to get into a blown out fi—“

“It wouldn’t have been anything too serious,” Mother assured me. “But it’s true, your presence changed things, as it often does,” she added, smiling.

I didn’t understand why my mother was smiling. A fight with a local seemed more serious than she was making it out to be. But, I thought, the fact that it had been avoided was what mattered.

I crossed my arms against my chest against the cold, as if this gesture could block out the wind, as if I could make myself even warmer than the large, marshmallow-like coat I wore already did. The cold was biting; I wasn’t used to it. I walked with my sister and my father through the Korean winter, searching for an ATM.

My parents hadn’t taken out any cash yet, and even this simple act was a challenging one when you tried it halfway across the world. We had to ask a series of people for directions, each of them seeming to confound us further. Still, I was enamored by the world around me, curious as to what those characters that seemed like drawings meant, vowing that I would learn how to read them someday. And I found that when I lost myself in the colors, the scents, the people; the journey was more bearable.

Before I knew it we had found an ATM, and Dad was punching away at it as my sister, Maria, and I stood off to the side, whispering about the things we’d seen. I felt, perhaps, that the two of us had aged a year, two, simply by walking outside, by looking and taking this new city in. In some ways, each of us was thirty years old by now, what with all the travel we had done in our lives. In others, we were not but eight and eleven years old.

My father couldn’t find the money as it came out of the machine—I had to point it out to him, the narrow gap on the right side. It was different here. He had taken out seventy thousand won, which sounded like a fortune, but in reality was the equivalent of, more or less, seventy dollars. We then retraced our steps through the cold to find a taxi again.

My father’s foot collided with a celadon bowl, sending it sprawling, cracking painfully on the pavement. I stopped, eyes widened. My father turned to me, confused, he did not know what he had done.

Maria and I exchanged glances. We nodded towards the cracked bowl.

For a moment it looked as though Dad was going to keep walking anyway, forgetting the incident almost as quickly as it had happened, but then a Korean man—who had been selling the bowls on the side of the street—walked up to him and tapped his shoulder from behind.

He let loose a string of unintelligible words unmistakably lined in anger.

“You left them on the side of the street,” Dad said to him in mangled English. (Dad spoke Portuguese to us.) “What did you want me to do, of course I was going to stumble into them.”

Truth was, the bowls were there out in the open. But my father was quite a clumsy man, and he was certainly at fault, too.

I remember the fear that struck me as I watched the two of them interact—both with anger, each threatening to do something, to get physical.

Perhaps it was my mother’s words that altered my perception within my memory of the event, but somehow I remember the look Dad gave Maria and I, the surrender that immediately followed.

He turned to me. “It’s a good thing you found that money hole in the machine, Beatrice, or what would we have done?”

He laughed, and though we only had forty thousand won left I felt like a million dollars.

“It really was a good thing that Maria and I were there, wasn’t it?” I asked my mom.

“Why yes, of course, it always is. You two always have something to teach us.”

In an ever-changing world and unfamiliar landscape, my parents were like two spirit guides who carried us through everything. It felt good to help, even humbly.

“Come on now, go get ready because soon the others will be up and we’ll have to go off to take your entrance exam,” Mom said.

I nodded, pushing myself away from the bar top and jumping off the high chair. I began walking towards my room, and then, momentarily, I turned back towards her. “Mom,” I asked. “How long will we be in South Korea?”

I had asked her with a smile. It was an empty question, really, because I knew that her job was unpredictable, that anything could change from one day to the next. But I suddenly wanted to know.

Mom seemed to understand. “Oh don’t worry, Bia, we’ll be here a while,” she said.

Somehow, I liked the sound of that. I would learn to read Korean, I thought, and I could be the one to guide my parents instead. After three moves and a continuous packing away of things, after transfers and rearrangements and plans drawn anew, it was about time I did.