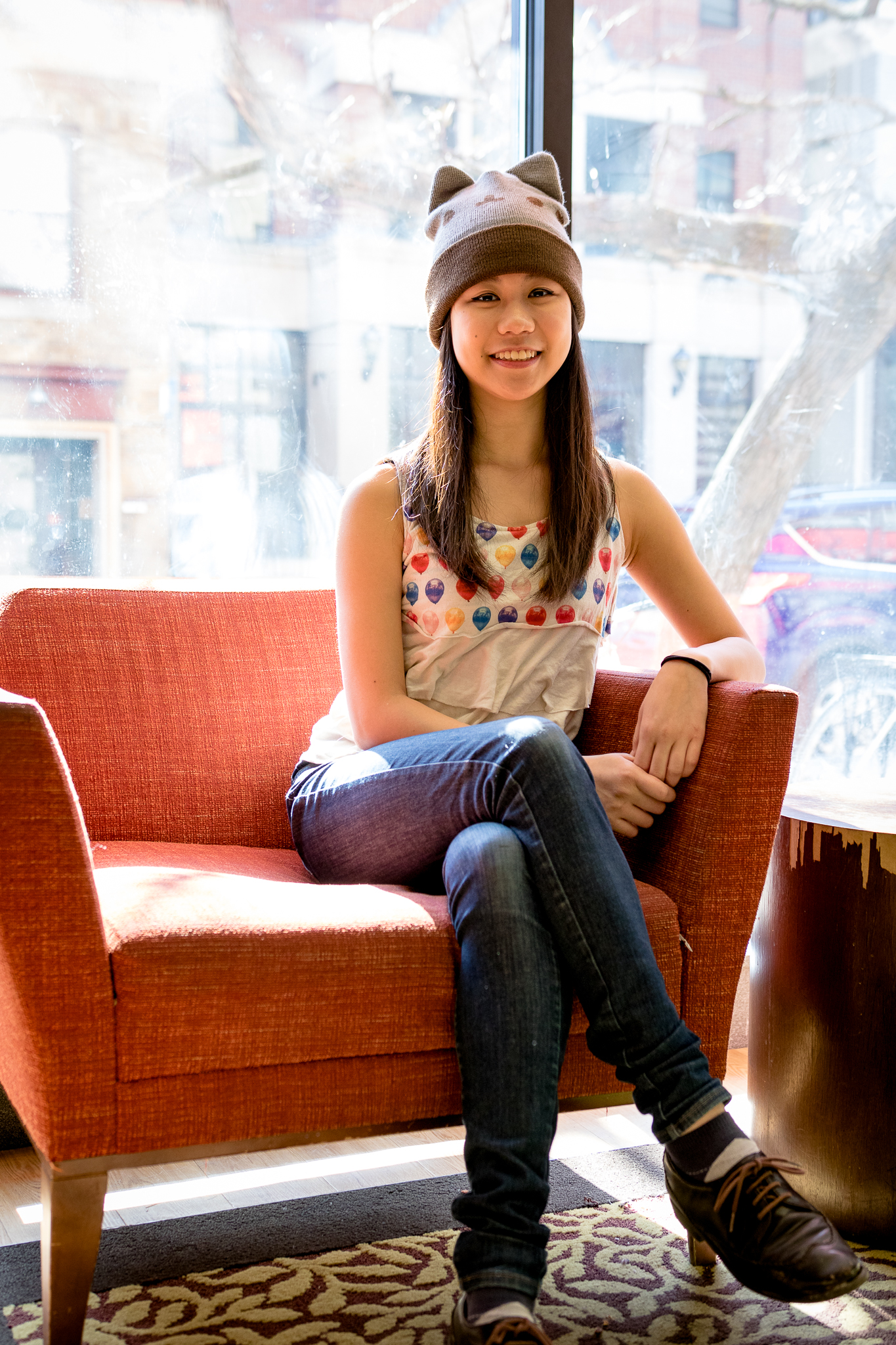 Singapore, but I lived in Suzhou, China, from the age of two to seven. Then, I moved to Singapore and learnt all the Singlish, and then I stayed there till I had to go to college.

It’s an independent concentration in environmental politics and economics, which is one major, not two.

Mostly English. I started learning Mandarin when I was four, and I did that all the way to when I was 16, but my Mandarin is a lot worse than my English is. I can still do stuff like read signs and talk to taxi drivers, but I’m more comfortable with English.

I was in Scrap, the compost club, for the first two years. I’ve also been competing with the ballroom team since mid-way freshman year till now. I’m in the Brown University Merlions, which is the Singapore society, by default. I was kind of involved in freshman year, then in sophomore year I was the secretary. I’ve been sort of MIA since then.

Mostly because if you study in Singapore, you get a very industry oriented education. You learn what’s useful for your major and very little else. And besides, you have to apply straight to the major, so once you’re in you can’t really get out. I wasn’t 100% sure that I want to do environmental stuff at point, so I think ever since I was maybe 17 or 16 I already had my sights set on studying here. I also applied to the UK, but the UK system is very similar to the Singapore system… and there are lots and lots of Singaporean there so and I feel like if I went there it would be like really not that interesting, I mean everybody around me would just be like friends from high school, and what’s the fun in that, you know?

I guess academically and in terms of extracurriculars, what I ended up doing was a lot different from what I expected myself to do. I used to be a very pick-one-thing-and-commit person, but then I got here, and went in a whole other direction by a chain of random occurrences. I ended up doing ballroom dancing, which is like the last thing I would have thought of doing. And I’ve also taken classes in like more than ten different departments. I’ve dabbled in things I didn’t think I would do, like Russian literature, which I picked up on in sophomore year and have recently in being very interested in.

More generally, Brown is not very different from what I expected it to be. Everyone was very outgoing in freshman year, and I could find so many people with similar interests as me, even more so than I would in Singapore. Now in senior year, I’m kind of feeling that sort of like dampening down a little bit, but it’s not a bad thing. College is not as big of a deal as I thought it would be. Now it’s just like “Oh I just happen to be a student in this school, and I have these friends”, but it doesn’t exactly define my life. It’s just like a place I live in, and that’s totally fine with me.

What did you find most difficult or easiest to get used to?

For me it was my expectations of how people behave. I was already forewarned that Americans would speak in hyperbole a lot. and I have to get used to that if I want to communicate on the same wavelength. So you know I used to use the phrase “not bad” a lot. If somebody asked me if something was good I’ll be like “Yeah, that’s not bad” in a positive way, and now I can’t do that anymore because if I say that people think I’m sassing them.

Also, as a freshman I had just come out of an intense junior college where it was the norm to be studying at every spare moment you could. Over here, it’s a lot more acceptable to relax. That took a bit of getting used to, because I was socialized to be very critical of other people taking things easier,

What is the food or dish that you miss from home?

There’s this sort of tea that I really like called like teh si. It’s a very strong black tea with evaporated milk that you can buy for cheap, like a dollar. But that aside, I think my taste buds are quite plastic. I think part of it is the fact everybody sort of gives up normal eating when they go to college, and then they’re just like “I’m just going to live on the college meal plan of trying to survive on the cheapest and most convenient things.”

I think the Americanism I picked up is mostly linguistic. It’s just like certain words I learnt to stop saying on purpose, like I don’t really say the word “queue” anymore. At the same time there were some words I resisted changing just because I thought it was unnecessary to do so. I still say “dustbin” because I don’t like the word “trash can”. “Dustbin” is so much more polite.

I wish I took the whole liberal arts thing a bit more seriously in my first year. I don’t know if this is unique to international students or just everyone in general, but when you come in freshman year you sort of think like you have to get shit done and rush to complete requirements even before being certain of your concentration or interests. I was a lot shyer about talking to professors in freshman year, and I think that’s largely cultural just because my relationships with teachers from like primary school to JC (junior college) have been a lot more professional. In college, you sort of have to learn that you are a bit more of a grown up, and asking people questions pays off.

How has living here changed how you act or interact at home?

Sometimes I get frustrated by people at home a lot more. Singaporeans have a lot of trust in authority and systems. They’re very practical. I’ve become more critical of institutions upon coming here, and a little more outspoken about it. So I feel like it’s hard to get empathy when I express certain views that are not aligned with those of most Singaporeans.

For instance, my family is fairly liberal, but even so, nowadays when I try to explain my views to them they’re like “why do you have to be so extreme about certain things?” And I’m like “I don’t know. It’s just the way I think now.” It also doesn’t help that everyone in Singapore believes that when you go to America you become like a hippie, and like a “stonehead”. So like whenever I say anything they all have this sort of like “oh but of course, you know, you went to America,” and I’m like “that’s not the point!”

My judgement meter has also sort of swung the other way. In the past, I used to feel really odd about the fact that people were “chilling out”, and now I feel really frustrated that people at home are always so on the run. I think there are some attitudes and practices that could be positive if incorporated into how we do work in Singapore. Once, I expressed this at an interview, and my (Singaporean) interviewer looked taken aback, almost offended. 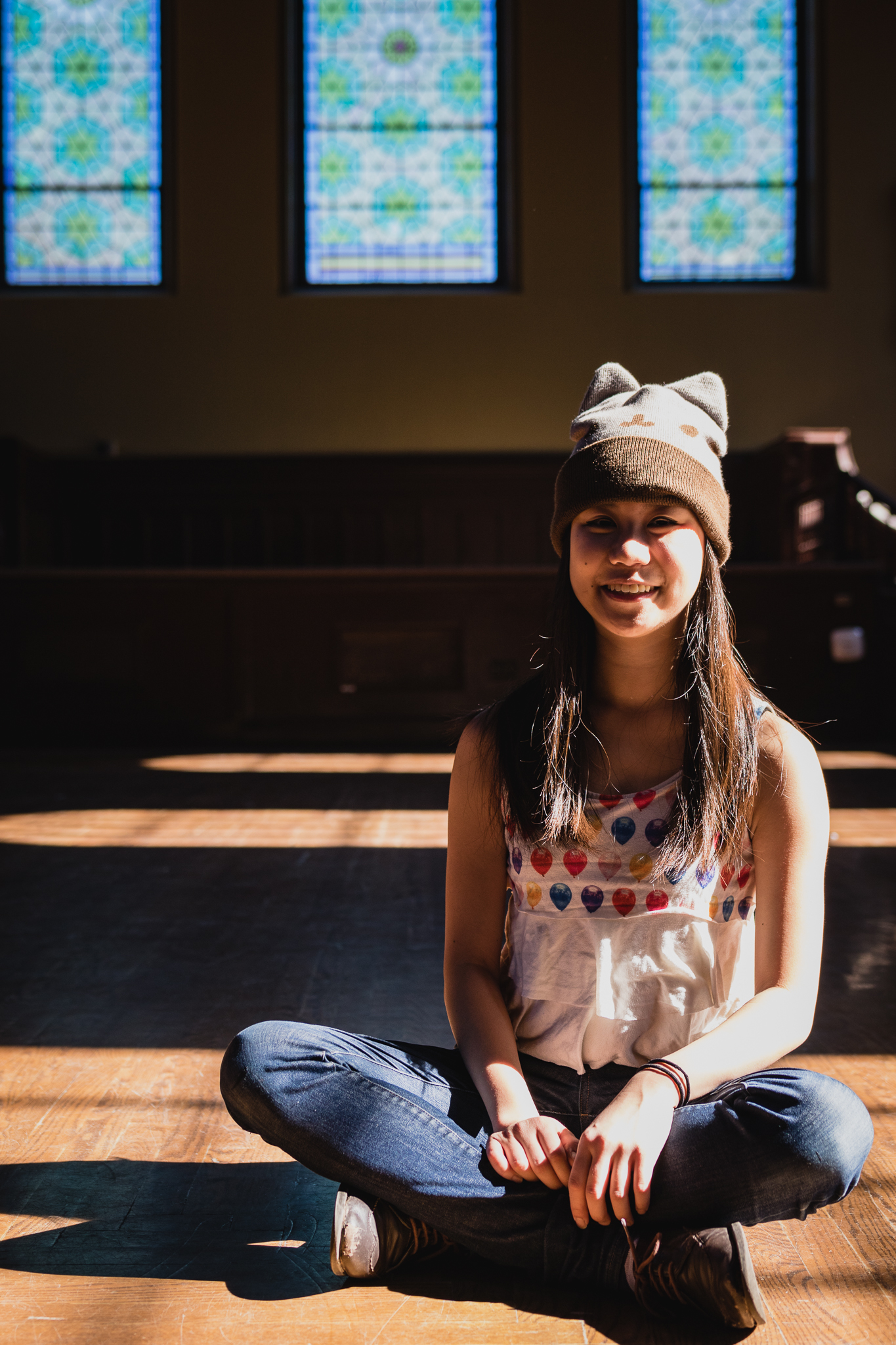 What is one thing that you’re going to miss about Brown?

I think most of all it’s like just having this intense density of people that you can connect with on a personal level. I don’t know if this is unique to Brown or just the college experience or like the medium-sized college experience, but per square foot there are more people I can connect to here than I probably can ever find in the rest of my life, which is kind of tragic, because I know as you get older it’s harder to find people and it’s harder to maintain connections with people when they don’t all live within like a mile of you.

I think maybe on the less general note, specific to my experience at Brown, I’m really going to miss the freedom to not be okay. I feel like it’s partly a growing up thing and it’s partly like a cultural thing. I feel like before Brown I was very bent on showing my okay side to the world, and being the person who is on top of everything. Even though it sometimes showed that—like when I was especially upset—I wasn’t okay, I felt more shame then. Also because like Singapore is a meritocracy, so a lot of people place a premium on self-reliance, or if not self-reliance then at least resourcefulness, so being able to pull yourself up by the bootstraps, and like finding the will, finding the way, stuff like that. Also because there are so many resources in Singapore…that it almost feels sacrilegious to admit you are dissatisfied with your life.

In some ways, a lot of people say the same is true for Brown. They’re like “Oh yeah at Brown everyone is supposed to act like they’re happy because they’re supposed to be at the happiest school,” but at the same time, there’s a healthy amount of care here that if you acknowledge your dissatisfaction or your confusion or not knowing what to do, it’s not frowned upon. I wouldn’t say it’s exactly frowned upon in Singapore, but it’s definitely not taken as seriously. You don’t feel like any feelings of inadequacy you feel there can be taken seriously (by others, but even yourself) because of the consolation of “oh wow you’re in like this fancy first world country, and you have a job.”

What was your favorite spring break memory?

My spring breaks have been so boring and safe. First two years I went to New York and just like hung around for a week. And then the third year I went to Montreal, and just hung around. I mean I guess it was pleasant but nothing stood out as like super crazy memorable. Although I have to say that this year we’re trying to go to Cuba—Havana. I think so far it’s been very interesting, because it’s the first spring break I’m taking with an actual group. I think part of what stands out in this trip is the anticipation and the coordination required to get your friends to commit to a plane ticket. I think planning a trip is super exciting. It’s probably what the most memorable spring break is—the spring break that has yet to come.

Anything to add? Any words of wisdom to younger students?

Nobody is as wise as they pretend to be.

Tags: ihob, senior
← Cracks in Celadon
Collecting and Healing a Fragmented Self: Learning to Practice Self-Care and Self-Love Away from Brown →