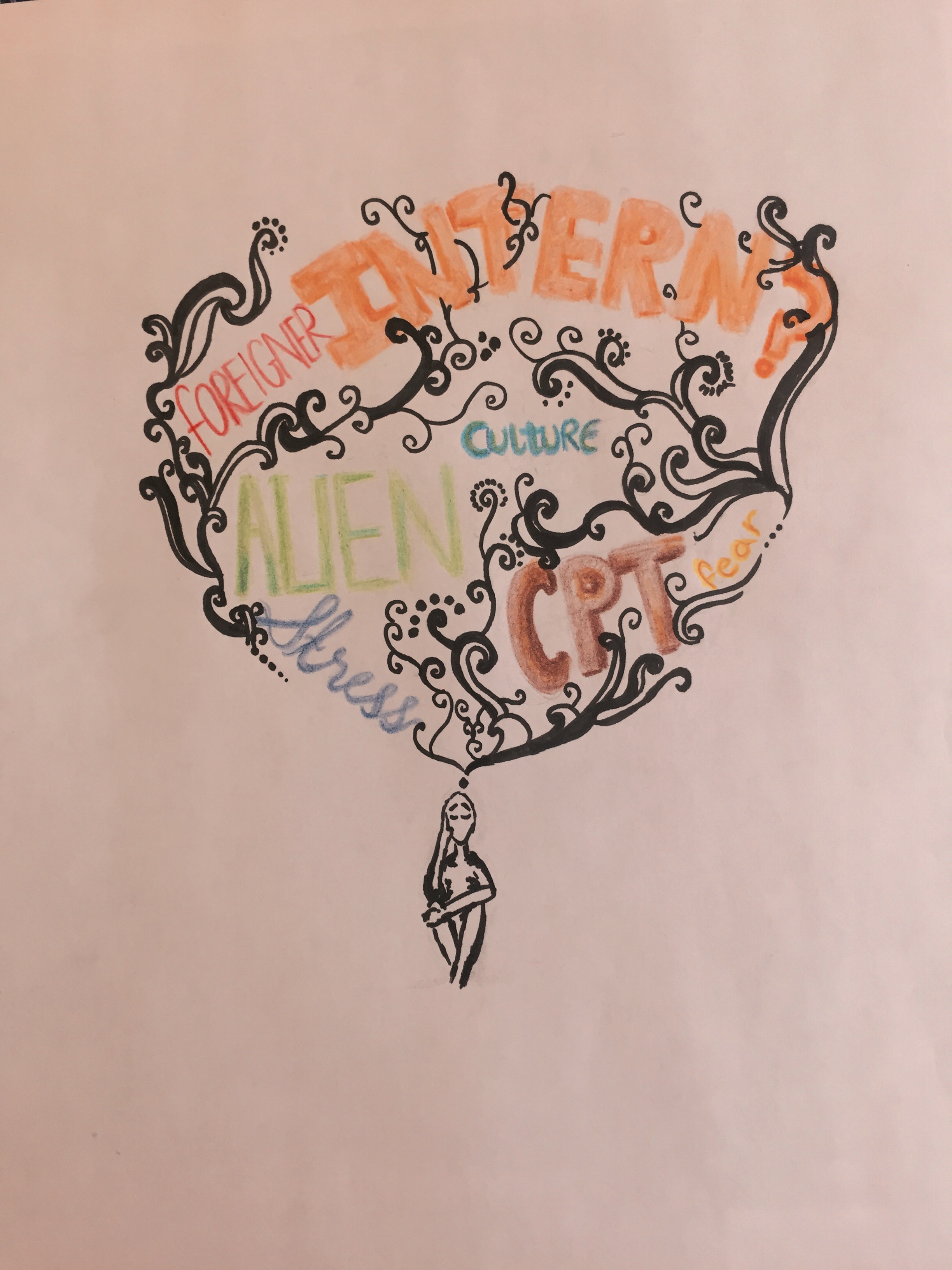 So you want a summer internship…

IWB / March 19, 2017 / Comments Off on So you want a summer internship… / Cross-Cultural, Journey Stories

Getting a summer internship as a college sophomore can be tricky—beyond choosing a field to pursue is the complicated application process, including the competition of other prospective interns. On top of that are questions concerning compensation, housing, and the length of the internship. Add the terrifying notion of being an alien to the mix and you might as well forget that coveted summer internship.

An alien—that’s what I felt like as I searched for opportunities in book publishing this past summer. Objectively what it meant was that I’d been born in another country. Experientially the situation was more complex. While on the one hand I acknowledged that I perceived my chances to be significantly smaller than in actuality, simply due to the fact I was an international student, on the other hand, the process nevertheless involved feelings of inadequacy, uncertainty, and overall regret that these are the rules of the world.

As an international student, national regulations require that a student on an F-1 visa apply for Curricular Program Training in order to gain permission to accept a summer internship.

Knowing this, I began my search in November, unnecessarily early given my chosen field. Most application deadlines were only in March, or even as late as April. But I felt that as an international student I had to work harder than my American counterparts. Whether or not the intensity of that belief was valid or logical, I’m not sure—but it was the source of my determination nevertheless.

I went to the Career Lab and I was told that I would have to rely more heavily on alumni—that because I didn’t have citizenship, there would be some employers that would simply not consider hiring me. Obsessively I began to send messages out on LinkedIn, reaching out to professionals for informational interviews, hoping that networking would help me bridge the gap.

Fast-forward to March of the following semester and concentration deadlines were quickly approaching. I thought about what people had frequently told me with regards to declaring: that I didn’t have to worry too much about my degree, because what you study at college doesn’t necessarily have to be what you end up pursuing after graduation.

This comforting advice did not apply to me. Part of the CPT regulations required me to ensure that my internship be directly related to my chosen concentration. Finally, as part of the CPT, I learned that I would have to create an independent study relating to my internship during the fall semester.

All of these details were getting out of hand, making the big picture hazier as I became bogged down by the fine points. Attached to each piece of information regarding CPT were additional deadlines, names of important people, and key bullet points to remember. I arranged these in lists on my laptop, pining over my own organizational skills, planning every step of the way and adding my own, more pressing deadlines in.

I would get everything finished ahead of time, I assured myself, because it was only with this illusion of control that I could battle the frustrations building up within. It was fear that was harbored there, because beyond any of these logistical questions was something I felt I couldn’t prepare myself for. The underlying implications of the entire experience had begun to affect me on an emotional level. Throughout my internship search I continually tried to ignore my sentiments of discomfort, but before long they hung over my thoughts perpetually, a thin film of darkness obscuring my focus.

My pursuit of a summer internship proved to be particularly difficult not because of the research itself, nor even the added components that came with CPT restrictions. The endeavor took a psychological toll on me because of the questions it forced me to ask about who I was, how I fit in at Brown, and where I fit in in the world.

In short, all this was a lot more than I’d been signing up for when I first began my search for summer internships.

As an international student at a university in the United States, I began to reflect on my past experiences from a different perspective than I’d been accustomed to. For a long time I had only seen the good in what I was—the cultural exposure it offered me, the multiple languages it allowed me to speak, the expansion of creativity and the unique experiences I had collected over time that had become central to my identity.

But being in this situation challenged that, and the legal aspects of the CPT and my related internship search exacerbated these existing, suppressed feelings.

I once explained, to a friend, that I was from Brazil and Italy. “Oh,” he said, surprised. “Whenever I think of you, I just think, foreigner.”

It was a comment with no harmful intent, laughed off quickly, but the words stuck with me. I believe they are manifestations of a complicated matter that hasn’t been addressed directly on campus.

Suddenly, it seemed, being a foreigner was a bigger deal than it had ever been. Despite living in Miami, Asunción, Seoul, Brasília, and Rome, never had I previously encountered such incongruence within my sense of identity.

As I try to pin down a reason for all of this what comes to mind are the legal restrictions, the added challenges to remember when considering job opportunities, and the very self-schema activated through an internship search. I also think it valuable to consider aspects of age and the moment of my life in which I find myself now, during what might be a typically “existential” time. But I’m convinced there’s more to it—that some kind of related backdrop has had to exist over my two years at Brown, setting the scene for this sentiment to grow.

In the end I believe that as demoralizing as some of these feelings could be, I was also motivated by them. In searching for a summer internship I saw injustice in the restrictions placed upon me simply because I was an international student. Objectively I could understand that these restrictions were elements of the law woven into a picture. This picture, in turn, was greater than what I could see from my individual and biased perspective. But at the same time what was legal and objective carried sociocultural implications that pummeled at my self-esteem, nuggets of insecurity I hadn’t before had reason to face. I hadn’t, in fact, even known that they existed, that they were there, that they could hurt me.

Regardless of whether I get that summer internship, I know the search won’t end there. Especially if I choose to live abroad after all, I will carry my international identity with me. The good, the bad, the opportunities and restrictions will stay regardless—the best I can do is to change myself, to adapt, and to continue searching no matter how foreign a situation might seem to be.

I have found some peace in a simple change of perspective: that it is the situation, here, and not the individual, that is alien.