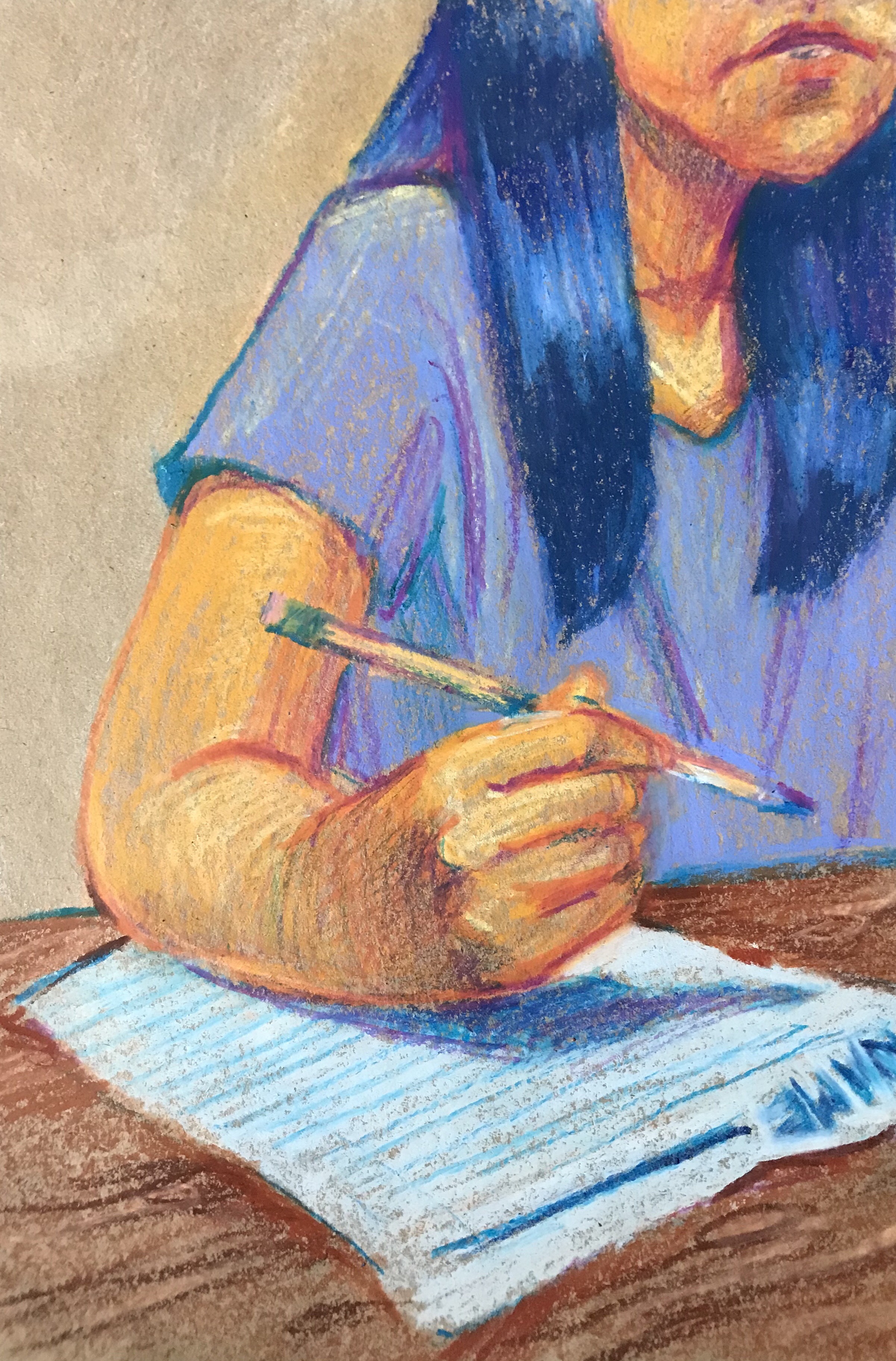 “What is your name?”

As simple as it could be, it was a conscious decision that I had to make every time I was asked the question.

Born on Christmas Eve, I was named “Christina” before given my Chinese name “张玮彤Zhang Wei Tong”. 张Zhang is my family name and Wei Tong is my given name, with 玮Wei meaning “a rare type of jade” and 彤Tong meaning “vermilion” because I was born with a red birthmark on my forehead. I grew up with my parents calling me either Christina (most of the time), or Zhang Wei Tong in Shanghainese (when I did something wrong and they were angry). After going to a bilingual middle school and then an international high school, it was natural for me to be “Christina” as everybody in school also referred to each other by their English names. I was always both Christina and Zhang Wei Tong, as most of my family and friends know me as both. I have never given much thought to the question of “What IS your name”, until coming to college.

On my very first day at Brown, I received a thick packet from the IMP program. Together with the packet, I got a name tag that says “Weitong Zhang” on it. I asked a mentor for a marker, and naturally wrote “Christina” above “Zhang” and bracketed “Weitong”. I introduced myself as “Christina” during the entire orientation.

A few days later in my English first seminar, the professor was taking attendance. He was reading from a list of names. As he reached the bottom of the list, he paused for a few seconds. I got a little nervous, because I knew what was coming. And he said, “We..i..ton?”

I raised my hand slowly and claimed the name to be mine. He kindly apologized and asked me to say my name again.

“It’s Wei Tong,” I said it with the proper Chinese intonations, “but I can go by Christina.”

“Whichever you are comfortable with” The professor said.

“I go by Christina.” I said, not because that I am upset about the professor’s pronunciation, but because there was something wrong with “Weitong” to me.

It is not Zhang Wei Tong, my full Chinese name in the conventional Chinese naming order, with meanings carried within each stoke of the characters, nor is it Christina, my English name which also has a significant meaning to me. “Weitong”, on the other hand, sounds and looks like a compromise of the two languages, the two cultures that eventually means nothing in either worlds.

From then on, I was Christina for the entire semester. Nobody knew my Chinese name except for my Chinese friends. As much as I was settled with being just “Christina”, I felt like I was losing a part of myself, the part of me as Zhang Wei Tong, and the memory and the intimacy carried with the name.

Near the end of the first semester, I went to an IWB workshop. Before the workshop began, I heard people introducing their names in their own languages. When a senior from India sitting next to me asked me for my name, I did not know why, but for the first time in three months, I told her, “I am Weitong,” but I quickly added, “but you can also call me Christina.”

“I don’t care about your English name,” she said, “I like Weitong. It’s a beautiful name.”

Is it? I asked myself. Is this name that I have been always been avoiding going to bridge the gap between my two names?

Taking it as an experiment, I tried to introduce myself as “Weitong” the following semester. It was uncomfortable at the beginning, as if I was using another person’s identity. But the greatest problem was that the people I knew from the first semester still knew me as “Christina”.

One day I was walking down Thayer with Ale, a friend I knew since my very first day at Brown, and I saw my scene partner from theater class walking towards me.

“Not much. Where you’re heading?”

“I’m late for class but I’ll catch you up for the project later.” He said.

“what did he call you just now?” Ale asked me.

“You’ve never told me your Chinese name! What is that again?”

I then told her the meanings behind the name and that it was not the first time that two people who know me by different names got confused that I am the same person.

To avoid further confusion, I had to decide on which one name I would use for socializing. After negotiating the trade-offs between using “Weitong” and “Christina”, I finally decided to go with the latter. “Your name is used more often by others than by yourself,” someone once told me. I am living in the US after all, and most people here can pronounce “Christina” more comfortably than “Weitong”. While “Weitong”, definitely a name unique to me, sounds distant and foreign when its uprooted from the Chinese characters and intonation. As for “Zhang Wei Tong”, it remained to be a name known only to my Chinese social group. The experiment with “Weitong” failed, but I did figure out who I am along the way, and realize that I am incomplete without either Christina or Zhang Wei Tong. Now with Ale being the first non-Chinese to know my Chinese name, I realized that I could be both Christina and Zhang Wei Tong in this world as well, if I take the initiative to tell others who I am.

Now I am Christina most of the time; I signed “Weitong Zhang” on my APMA exam paper; I signed 张玮彤 on my receipts; I am “Mailbox 8227” in the mailroom. To closer friends, I would tell them my Chinese name and its meanings.

Of course, several of my Chinese friends switched back to their Chinese first names after a few months in the US, because for some, they are not so attached to their English names like “Catherine”, “George”, or “Amy” as they are adopted from dictionaries by themselves or given by their first English teachers in elementary schools.  Yet, they concern that their names are harder to remember for others; they have to spell out their entire names when picking up exams; and they are facing a lot more concerns and adjustments on a daily basis. Despite the inconvenience, having names that are culturally identifiable in their forms also poses potential threats in today’s sociopolitical environment. Earlier this year, door tags of Chinese first names were ripped off in Columbia Residence Halls, while the door tags of Chinese students who adopted English first names were left intact. In response to the incident, many of those Chinese students with English names publically switched back to their Chinese given names on Facebook as a sociopolitical statement against racism and Sinophobia.

Ideally what we call ourselves should be a personal choice. For some, it is as simple as breathing. For others, at least for me, it was a reflection on my heritage and my identity. Today with cultural exchange and increasing access to international education, it is not uncommon for people to have multiple names with different respective significance. What I am experiencing is shared by many more others. These names people take on also urge us to reflect on the sociopolitical state of the world today with globalization, assimilation, acculturation, cultural subversion and dominance. As a result, what we call ourselves is sometimes more than a sheer personal preference.

So, what is your name?

Tags: nonfiction
← Pages from Paraná
I grew up with Boba →