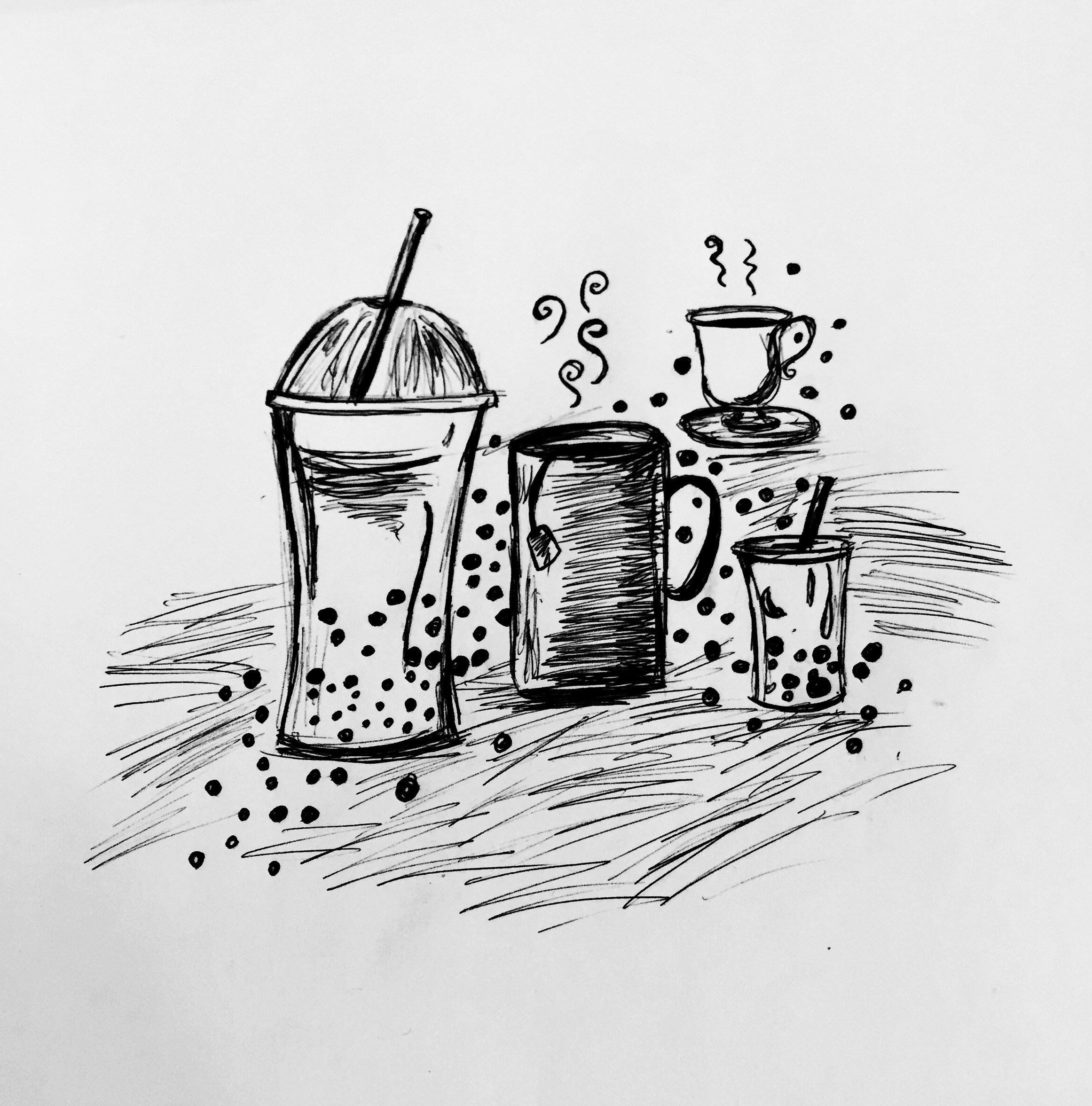 I grew up with Boba 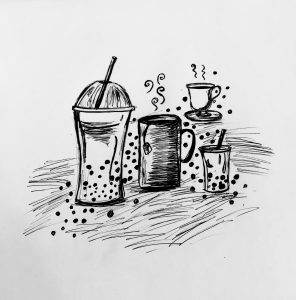 My parents did not grow up with Boba, nor did my thirty-year-old sister. Boba was a new phenomenon, along with the introduction of KFC and other fast food chains that infiltrated the Vietnamese market, all the way back when I was in elementary school. Old and young alike would sip on these sugary milked-down tea while chewing on gooey black pearls.

As I said, my parents did not grow up with Boba. They grew up drinking the classic Vietnamese dark green tea. Served in a tiny cup (the size of a shot glass), the dense hot tea was a palette cleanser, a conversation starter, a guest welcomer. It was always too bitter and too strong for me as a child, yet I would yearn for the day that the adults would offer me a cup. Because in Vietnam, tea was a rite of passage, only offered to those who reached maturity. This tiny cup was meant to be drunk leisurely. One could easily spend a whole afternoon just refilling this tiny tea ‘shot’.

When I moved to Germany, the tea culture was slightly different. They drank more of it. All the time. My host family offered it to me in lieu of water. Tea was served in a large mug, sometimes as large as a bowl, and there would be sweet treats to go along, maybe a cookie or two. Tea in a boarding school became the solution to every problem in the world. You are sick? You drink tea. You are sad? Tea will do. You are heart-broken? Nothin’ like a good ole cup of tea to mend the pieces. Tea became a performance, an act, a ritual, anything but tea itself. Perhaps it was the slow pace of tea (waiting for it to boil, to cool) that brought us the illusion that we had more time. Or perhaps it is the heat that warms our hands after cold winter days. Or maybe it was just the idea of drinking tea, and the lack of focus, worry and responsibility that it symbolized.

In Vietnam, the new bubble tea culture is all about speed, choice and mobility. We have gotten so focus on productivity and efficiency that our drinks have to be just as fast and on-the-go as well. Boba is cold, a jolt to wake you up, an instant sugar-rush that gives an  illusion of temporary happiness and contentment. Tapioca and other sorts of jellies give you something to chew on when your brain runs at full speed. Boba also enables personalization and individualization. No more sharing tea from the same pot, no more having the same bitter traditional green tea. We can now pick from a dozen different toppings (classic bubbles, herbal jelly, pudding, coconut bits, etc.), different foams (cheese foams, salty milk cap, etc.), and flavors (thai, matcha, fruit variations, chocolate, oolong, green tea, earl grey, etc.). Boba is a promise that we are the cultivators and controllers of our own existence. We can choose the exact amount of ice and sugar and have our tea done in seconds.

Through pointing at the succession of tea in Vietnam and the zonation of tea between Vietnam and Germany, I do not mean to cast judgement on which culture is preferable. Rather, I wish to point out how tea should be understood in its respective context. The succession of tea embodies a larger societal movement of a developing country such as Vietnam towards a capitalist, developed state, inspired by Western ideals of individuality and efficiency. The zonation of tea – ideas of exclusivity and rite of passage in Vietnam versus inclusivity in my German boarding school- pointed to the residues of patriarchal norms, so embedded in the Vietnamese society that even tea became hierarchical (tea was limited to boys and men, I had to wait until I was of age).

It is just funny to look back sometimes, how the shot of tea in my life has switched to a mug of tea and now a portable, throwaway, on-the-go plastic cup. When tea used to be shared by a group of people, then became a two-person conversation, and now a solo act. In this article, I have only discussed a glimpse of tea, on its magical ability to bring people together and apart. Tea reflects the trend of its respective time and society, a mirror of symbols and meanings. We are never only drinking a cup of tea, we are enforcing a socially produced idea and a way of life.