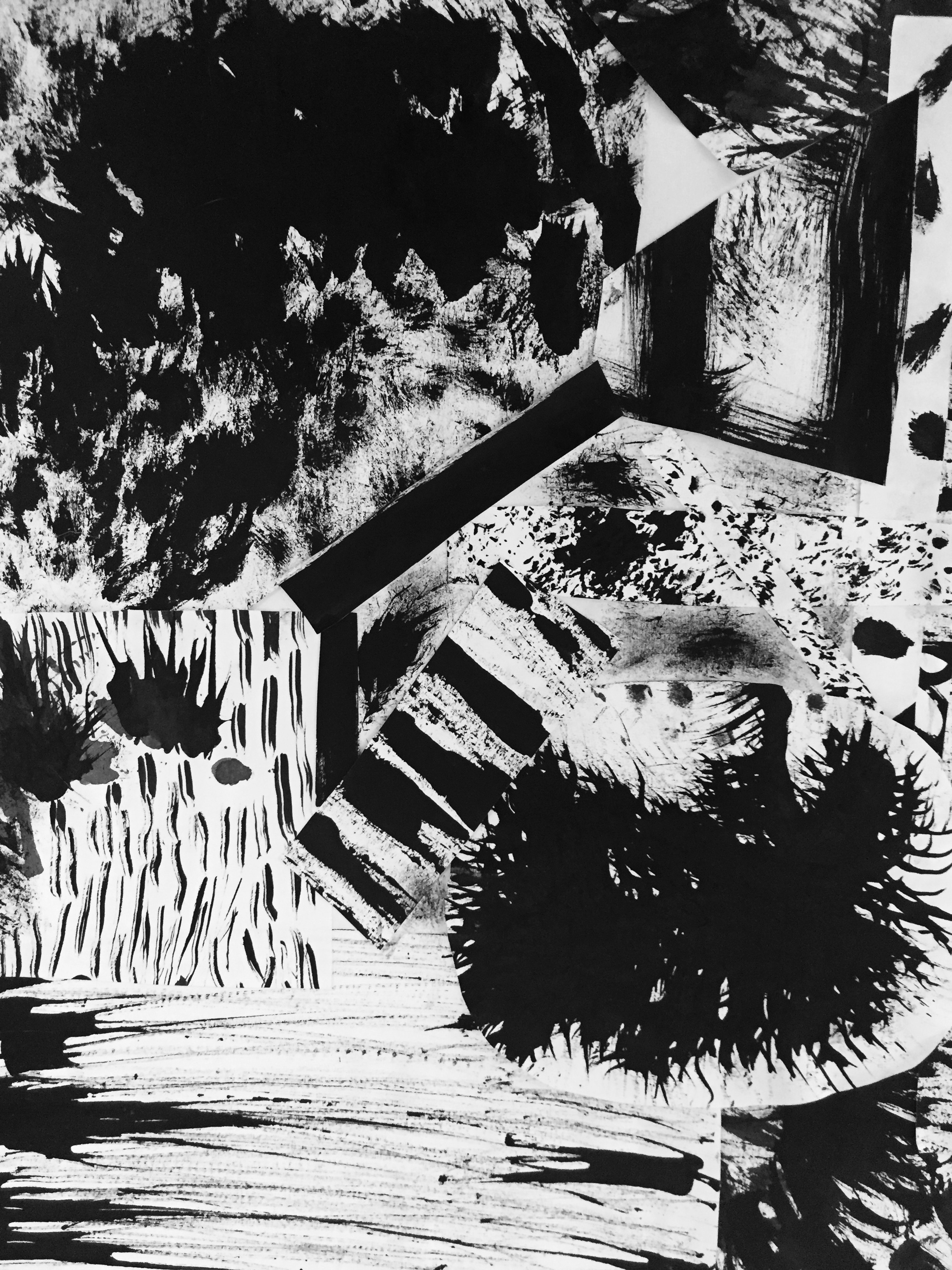 They say that a person’s life flashes before their eyes in their final moments. I’d like to think otherwise. I’d like to think that these “flashes” are long threads of memories that keep running in an infinite loop in the back of one’s head and it is only in their final moments that all of them come to the foreground and become strikingly clear. Like petulant kids, these memories vie with each other for my attention. They seem to have a life of their own — living, breathing, surviving. It feels like I’m sitting in an empty theatre watching them like short films except I am their protagonist.

Act I, Scene I (Mother’s Love and Masked Existence):

I come home after what feels like years when it has only been a couple of months. My mother stumbles out of bed, and even though I know she is sleep deprived since I was born, it doesn’t trouble her in the least to wrap me in her mama bear hug despite knowing that I hate hugs. She tries to make me feel like her kid again, and once I smell her familiar scent it does finally feel like I’m in a place where I belong and somewhere I’m completely okay with being my awkward self that I have been my entire life. I don’t have to worry about what mask I’m going to wear when I wake up in the morning.

If I wear a mask it is to hide the truth.  The truth that eats at my very soul like a bunch of termites that have taken up residence in the tattered remains of a house made up of haunted memories. I don’t know how much further I can go on. I don’t know how much more I can be okay not being okay. I just hope it is before the day I turn into a pile of sawdust, ashes, sweat, stress and tears.

It was only one moment ago that I saw Baba (paternal grandfather) standing at the doorway asking us to travel safe as he always does and in a matter of mere hours I now must coat him in a layer of ghee and other customary balms and touch his feet one last time and watch him go up in flames on the banks of river Ganges and hope that he is safe wherever the river decides to carry his ashes. It is funny how much you get to know about a person once they are not around you anymore. The cautionary phrase, ‘don’t take anything for granted because nothing lasts forever,’ can become crystal clear overnight. You subconsciously wait a little longer before all of your meals, waiting for him to come out of the room so that you can eat together, but then it hits you like an unexpected gust of wind. Your breath is taken away at the realization that this is never going to happen again and his absence is something that you’ll just have to learn to live with.

You watch all your relatives grieve and people who weren’t even remotely related to your Baba circle around like hyenas who shed crocodile tears, waiting in silent anticipation, and itching to claim their share from the few things left behind by your Baba. It is ironic that at the end of the day, humans are reduced to nothing but money and certain pieces of land and property that won’t even matter in a couple of years. You are forced to keep yourself together, you are forced to keep your composure when you see your Dadi (paternal grandmother) calmly say that she should probably wipe the sindoor (vermilion) off her forehead, the one mark that has become part of her identity for the past 60 years. You patiently wait for the night to come so that you can finally break down and cry for the ones who aren’t there in your life anymore. You are haunted by their memories and you will always feel like a part of you that you didn’t even know depended on another person, has died within you leaving a hollow space never to be filled. You long for one last touch, one last hug, one last conversation but they remain unfulfilled wishes and you’re left with their shadow in your dreams.

Some other times darkness isn’t really my friend. It helps me take off the many masks that I wear throughout the day, but this hasn’t always been the case. Since my childhood, darkness has been scary because I realized that other people get rid of their masks as well and show their ugly real selves. That is when these people, who are supposed to look after you and be your role models, turn out to be the monsters your parents should be teaching you to look out for rather than random strangers in the street. It is then when you embrace the darkness of the night and the darkness of your soul because you know that you will never be able to make peace with the fact that you let someone touch you inappropriately. Ironically, to the world, you advocate strongly that this is something wrong but seemingly only when it comes to everyone else except yourself. You wait for something as subversive as the #MeToo movement so that you can raise your voice against something that has been eating you since eons. And to what extent anyway? It is not like the person responsible for it would be punished overnight. You know that your parents and your family would never hear about it and even if they did, it would be brushed aside with the flimsy excuse that this happens in every family and that one should just deal.

You hoped that you would acquire the best qualities of the women before you, but your wish comes with hidden terms and conditions that this, this “institution” is something that should be hidden. Something that is spoken about in hushed undertones for the fear of judgment and something which will keep getting silenced for a few generations to come. And all of this in the land that is perceived to have the highest forms of cultural standards and traditions. The same land that literally puts up a woman on a pedestal and worships her also soundlessly fosters a culture wherein men who sleep around are termed as studs and women who, god forbid, choose to express their sexuality or fantasies are termed as sluts and unethical women. The same country that celebrates the ferocity with which Goddess Durga defeated demons also doesn’t question the scriptures wherein Sita is asked to prove her chastity and Draupadi molested in front of an audience and then later married off to five men who share her as common property. How many more Nirbhayas’ and countless unnamed faces will be sentenced to a life of insecurity and self-doubt? How many more people should wish for death just to get rid of the pain that seems to have become a part of who they are? When will the day come that mothers don’t have to teach their daughters the difference between a good and bad touch or to always, always, be on the lookout for someone or something? When will darkness just be darkness and not something to fear?

Then there are some other memories where you surprise yourself with your quiet strength and resilience. Such memories are your personal bag of goodies and you safeguard them with your very life. You use them sparingly because you fear that using them often would tarnish them and dim their brightness in your life. For me, I finally spoke out. I finally gave air to the wounds I have been festering and am now letting them breathe so they can heal. I do not have to feel guilty about carrying around someone else’s dirty secrets. And oh lord, the sense of peace ait gave me is better than all my accomplishments put together. It might differ for you. Maybe it was that one moment you stood up to your bullies, maybe it was that moment you finally asked out the love of your life, maybe it was the moment you decided to love yourself unconditionally and most importantly, unapologetically, or maybe it was the day you decided to not go with the flow and accepted all your quirks and flaws and celebrated them unabashedly.

It could be the smallest thing for an outsider, but for you, they are your babies. Protect them like you would your own child. And if you ever feel down, if you ever feel like your life is caving in on you, bring out this personal chest of arsenals you have built for yourself. Force them to the foreground even if all the other negative thoughts seem to be fighting them. They are your Patronuses because just like Harry Potter had to force himself to think of something happy to conjure them when all the Dementors try to suck out his soul, you must also force yourself to think about them to not let the dark memories suck the life out of you. Breathe In. Breathe Out. Do that until you find your happy place. Do that until you achieve nirvana. Trust me, it is going to be fine. It always is. And it is always going to be worth it in the end.

Life is said to be like a sinusoidal graph with equally spaced ups and downs to create balance, but rarely is it ever like that. It is interlaced with alternating or successive ups and downs. And it is up to you to scream out with exhilaration at each up like you have climbed the highest peak and it is up to you also keep on going even if you feel like you have reached a plateau because once you climb that peak and look back to see what you have conquered, no one can take away that feeling of pure joy and pure bliss away from you. And it is always worth it to keep prodding on to feel that high even if it lasts for a brief moment.

Sometimes these movies make me feel immensely proud of myself, which is why I have been my own personal cheerleader since as long as I can remember, but often it makes me question my identity as they seem the opposite of what I stand for in real life. It creates two mini versions of me inside my head that keep fighting with each other. It makes me feel so helpless and makes me want to tear my skin out and scream in the process as an outlet for the demons that I have to fight every second of every day for as long as I’m alive. I wish these nasty things didn’t have a life of their own and instead it was in our hands that we could choose when and what we decide to see. But then again, if that were the case, would I be the person I’m today given that I would gladly choose not to revisit the darker shades of me? Would I be where and who I am if given a choice?