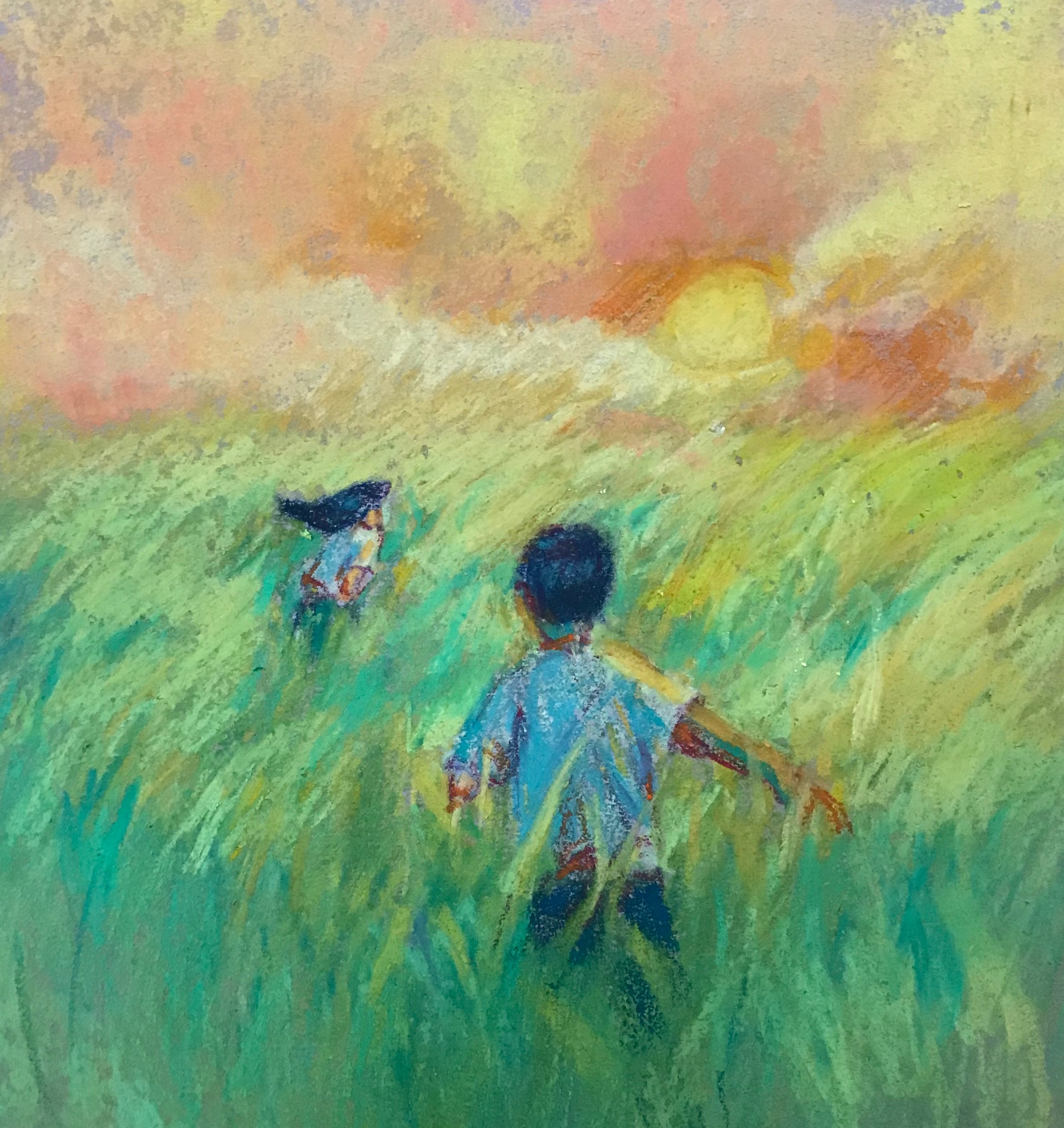 The night in the countryside is vibrant, unfortunately opposite from what visitors had often expected before they carried backpacks, dragged suitcases, switched several trains, nearly missed the final bus, and arrived exhausted by previous months of fast-paced mundane life, an entire day of travel, and a heavy heart full of anticipation. Just like exhausted travellers who, in order to catch a morning train, spent the few hours before daybreak in a nearby motel, were repeatedly frightened by clatters of passing trains, these visitors suffered a restless night on an unfamiliar bed as they were constantly awakened by the headlights of passing trucks and irritated by the rustling of trees, trickling of streams, and buzzing of insects. In the end, they were disturbed from an invaluable nap by the chirping of sparrows and escaped at the first light of morning with a stomach full of anger and a conviction of never coming back.

Differently, when Chun came back to the house in Oak Town after five years, to the house where he and his sister had spent summers, to the house that once belonged to his grandparents, this very first night in the countryside brought a sensation that is not easy to describe, like the taste of that suspicious milkshake made ten years ago from wild strawberry, wheat tea, sugar, honey, milk and all the other mysterious seasonings he could collect from the house. This sensation was not the loneliness, which Chun always felt after his mother kissed his forehead and turned off the light, and which filled his room like the neon light from the shopping mall across the street which squeezed through the cracks in the curtains and permeated the room in the apartment which used to be called home.

But home was sold two weeks ago, together with the storefront which had provided the family a decent amount of extra income. It was spent in buying Chun a melodica and a bluetooth speaker, some greatest masterpieces of literature; and spent in buying Qiu, Chun’s younger sister in the hospital, delicate dresses, large plush dolls which she loves to hide herself behind, science textbooks with which she managed to catch up with school curriculum. Father and Mother also used this income to buy Chun and Qiu each a phone, with which Chun took and sent photos to Qiu; and earlier at the first month of profit, they spent it in buying Qiu crayons with which she began drawing pictures replying to the daily letter Chun wrote to her telling interesting things of his day, before he started sending text messages.

In fact, this first night in Oak Town brought Chun a strange feeling of closeness, like exposing to that bare self in the mirror before stepping into the shower, a closeness to sensation and imagination. Chun could picture the wind that was currently kissing his cheek had brushed past that emerald paddy field which he and Qiu had chased each other through under that melting cream sun and past that slender white-gray arched stone bridge braiding over flowing threads of water. It was then ringing those crisp leaves of bamboos beside the house before ringing the wind chimes each inscribed with a different mystical faded-peach rune, which he stared at this afternoon before entering the house, before recalling that he had stared at these wind chimes on his first visit, wondering at which visit in the future he would be tall enough to reach them.