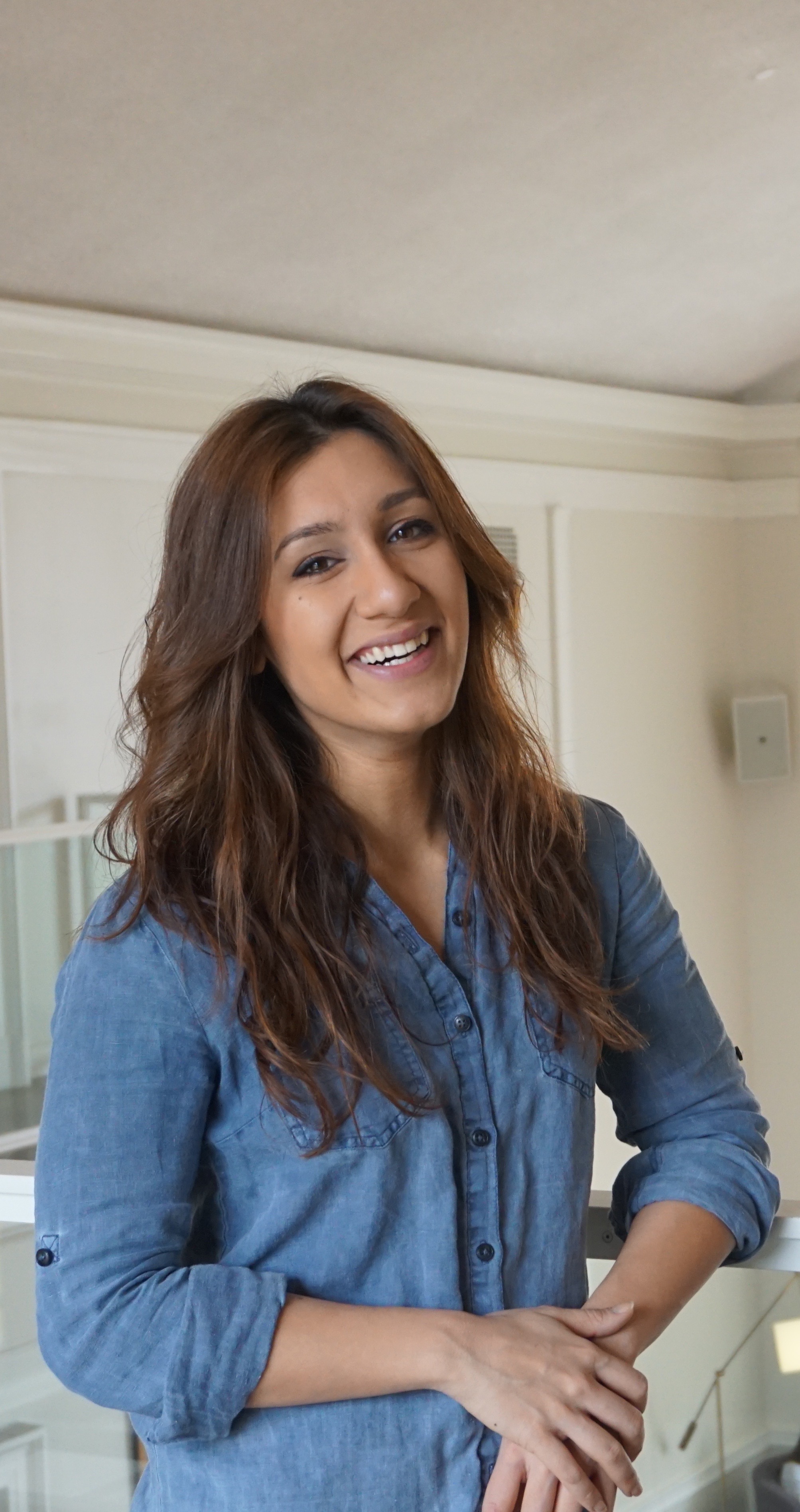 In this edition of International Humans of Brown, Divya Mehta sat down with Nitya Sudarshan ‘19 to share her experiences at Brown, thoughts on adjustments to American culture, and more. Read on to find out more about this IR concentrator as she discusses what it is like to have lived in six different cities, what she wish she knew as an incoming freshman, and how she has changed over the years. 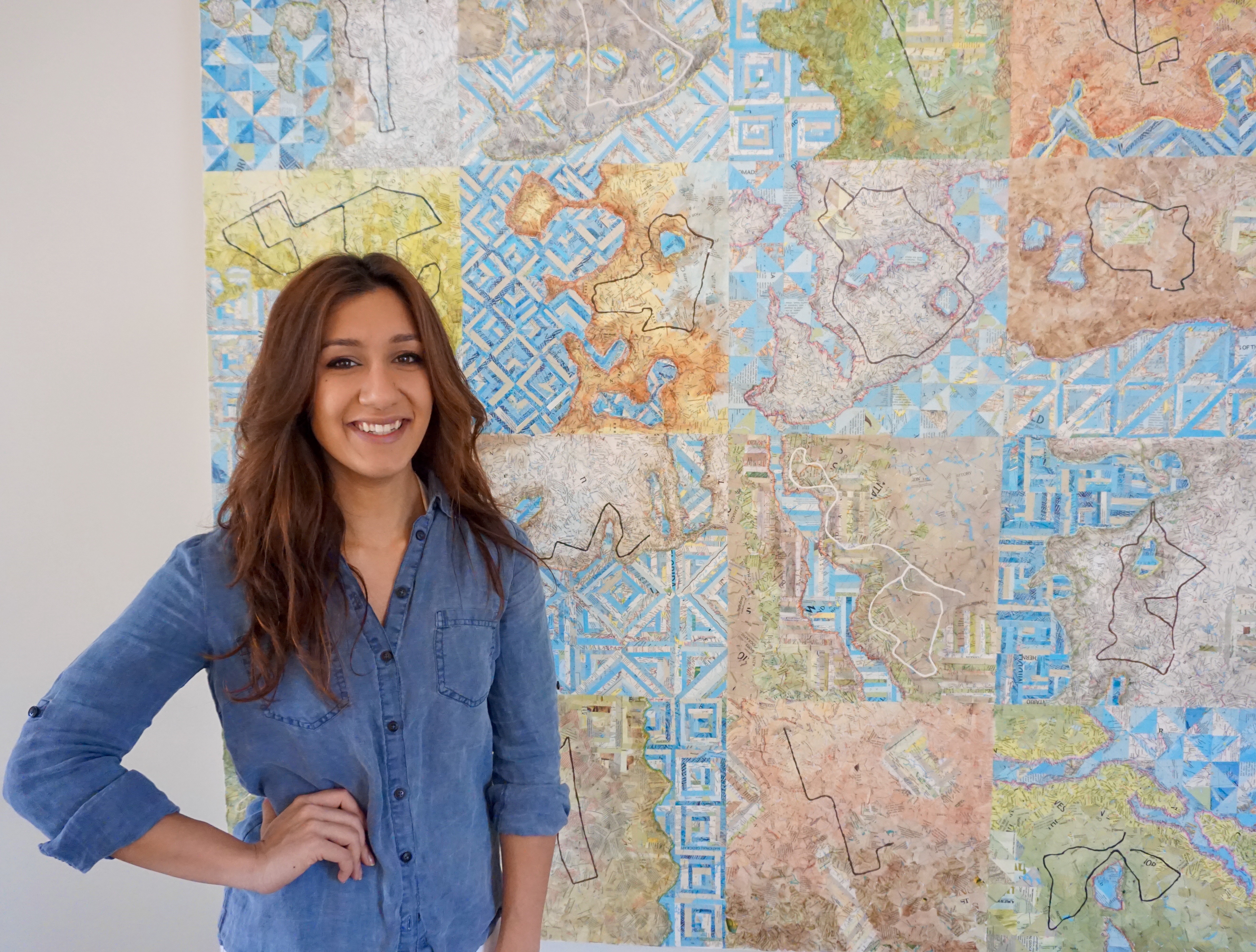 Grew up in five cities in India, and then the Czech Republic, so not from anywhere. But, was born in Chennai, moved to Bombay, moved to Calcutta, moved to Prague, and then came back for boarding school to Bangalore, but family is in Bombay, and now I am here.

Why did you pick the International Relations concentration?

I ask myself that now! I think it’s virtue of kind of being a third culture kid – that’s one. Two – I was always interested in writing, and I came in as an English concentrator. But, I realised very quickly that I wanted to be able to write about things that I really cared about. And I noticed that a lot of that came from a concentration like IR. I guess the other choice for me was Political Science (or IR) and IR gave me a lot more perspectives to consider the same issue from. So – not just looking at it from a political science perspective but also anthropological, sociological, historical, and I think that gave me the foundation to really understand world problems from a better lens, and then also act upon them knowing the repercussions of all five disciplines. Also I guess I really enjoyed learning a language. I wanted to study Spanish anyway and it fit really well in to IR, and then the corresponding regional requirement. I wanted to study Spain but I ended up doing Latin America, which I am really happy about. I learned about a region that I don’t know anything about. Growing up in Europe, I had that time to see Spain, and all of that – didn’t have any experience with Latin America, so it was really an opportunity to get a breadth of knowledge.

How many languages do you speak?

I speak four languages, more or less – so I speak English and Hindi pretty fluently, Spanish is pretty fluent now. I learned German for five years when I lived in Prague. It’s a little rusty now because I haven’t had a chance to practice it, and I understand Punjabi at home.

What student groups are you a part of at Brown?

So Brown International Student Committee, which I did freshman year, I’m starting from back there. I tried my hand at Swing, but I didn’t join them. I tried my hand at word (the poetry group), and I didn’t join them. That was freshman year. Wow, this is hard! I was a RPL for two years, I am a Meiklejohn now. I used to be a MAPS mentor last year. I serve as the undergraduate DUG leader for the Center for Contemporary South Asia. It’s the CCSA, Arun and I kickstarted it last year. I was Ambassador Rao’s teaching assistant at the Watson for two years, I serve at the Office of the President as a presidential host. I’m a Research assistant for Professor Robert Blair in the Political Science department for this year. I was Professor Sarah Besky’s research assistant sophomore year. I serve on the International Student Advisory Board as student rep right now, and I have been doing that for the last two years. I was a writer for Brown Political Review for two years, and I think that’s it! Busy life.

Why did you decide to study in the US? Has it been different or the same from what you expected?

This is actually so random – so – I’d never been to the US before I came to Brown. When we moved back to India my father always had this particular notion of what school in the US meant because he was supposed to come to the US after his IIT days, after his undergrad. He went to IIT Delhi and IIM Calcutta. He was one driving force, because he gave me this very particular notion of what the US meant, the land of opportunities, 1980s like dream…the kind of stuff that he was thinking about. And then the boarding school that I went to was set up in such a way to manufacture international students that could go to prestigious international universities. So, the reason that I went to that school was that my parents wanted stability for me. So they put me in an international boarding school and they thought it was similar to my school in Prague. But they didn’t realise that that was also setting me up for a very specific trajectory in to the US or the UK or Singapore. I didn’t consider Singapore because I am terrible in hot weather, I have a sun allergy. I think the UK – I had already had a taste of Europe. And the US was just like – Brown seem’s cool, I’m just going to ED, let’s go! It was a very random decision. I cannot explain why I ED’d to Brown – but I cannot be happier that I did.

Has it been different from what you expected?

Extremely! I think my expectations about America were set up from my dad’s perspective of what it meant to be in a country like this. For a bit, I remember having several arguments with him sophomore year, where he’d say – the US is the land of opportunities, you can do anything and everything you want there. But, I think, as my perspective sharpened, I noticed that yes, it was the land of opportunities for a certain specific group, or type of people. In that way, I guess it has been different. But sometimes I worry that leaving Brown is going to give me a very different notion of what the US is, because Brown seems very different from the usual American environment. Those are the two things I’d say about that.

Do you think you want to stay back after you graduate? Go back to India eventually?

I don’t want to go back to India, I want to travel. I guess that comes from a point of view that I have never lived in a city for longer than three or four years – so I don’t know what it means to do that. So I see myself kind of globe trotting. The dream is to have a diplomat’s passport so I don’t have to worry about belonging to a certain nation. We’ll see how that goes! I want to intern at the International Criminal Court if possible!

What food do you miss from home?

Parathas! There’s a place in DC called Pansaari, and they do “ghar ka” Parathas. The way they are set up is home style – you can sit wherever you want, and their kitchen is in the middle, you can watch them make the food. It’s like street food – you can get Kathi Rolls and Parathas. I’m setting myself up for Wednesday to go there first! One other thing I miss are dosas – my mom’s dosas are life! That’s probably the only two things I really miss with a vengeance. My dad lived in Germany before we moved to Prague, so we had a brief stint where we’d visit dad for three weeks or four weeks. Mom would carry dosa dough with her for me!

Do you think there’s any American custom that you have picked up since you’ve been here?

Some of the lingo – definitely. When I go home and conversations with my dad, even when I FaceTime him sometimes, I’m like “What’s good homie?” and he’s like “What is this homie?” We had this phone conversation two days ago and I was like “What’s good homie?” and he’s like “Someone who lives in the same house, the homie?” So I think some lingo, yes. My inability to live without an iPhone now, that’s pretty chiefly American. Though I will say, it doesn’t have any cracks.

Do you think it has affected how you interact with people at home?

Since I moved back from the Czech Republic, there’s always been – I’ve always not looked Indian enough. It only became exaggerated when I moved back because of the way I dressed or the way I carried myself. So people could always tell that there was something different, and that has only exaggerated itself after being here, because I do carry myself differently dressed, my hair is not exactly the colour you’d see in India – it was red for two years. I think, yes, when I go back to India I struggle to prove my belonging there, and when I am here, I struggle to prove my belonging here as well. I think that’s always been a part of my life, because of how much I have moved around.

What will you miss the most about Brown when you leave?

I’m going to cry! The people – the people really make Brown. I couldn’t imagine – like it’s beautiful and the resources are great, but I have noticed something over the last three months when I’ve been connecting with alums a lot, that there is something common to many many many Brown students and because of that, I’ve been able to connect with Brown Alum Class of ‘57. Had a full conversation with him, gave me beautiful stories – 82 year old man, Monday evening – to someone who was a freshman. A lot of people I have met at Brown have this common passion for doing good with the education they have, and I think I’ll miss that. Stepping out of the Brown bubble, you don’t always find that.

Is there anything you wish you had done differently or known when you came to Brown?

Yes! I wish I’d tried things out. I wish I’d been less nervous about what people would have thought about me, whether it would be another club, or another class, or meet another professor, meet another student – just try out…make more use of all the resources at Brown. Of course we’ve all got limited time and you have to pick and choose what you want to do, and sometimes circumstances lead you towards one path and not another, but if my freshman year, I had just taken my head out of my books a little more, and spent more time with people, at clubs etc, I think I would have had a better perspective.