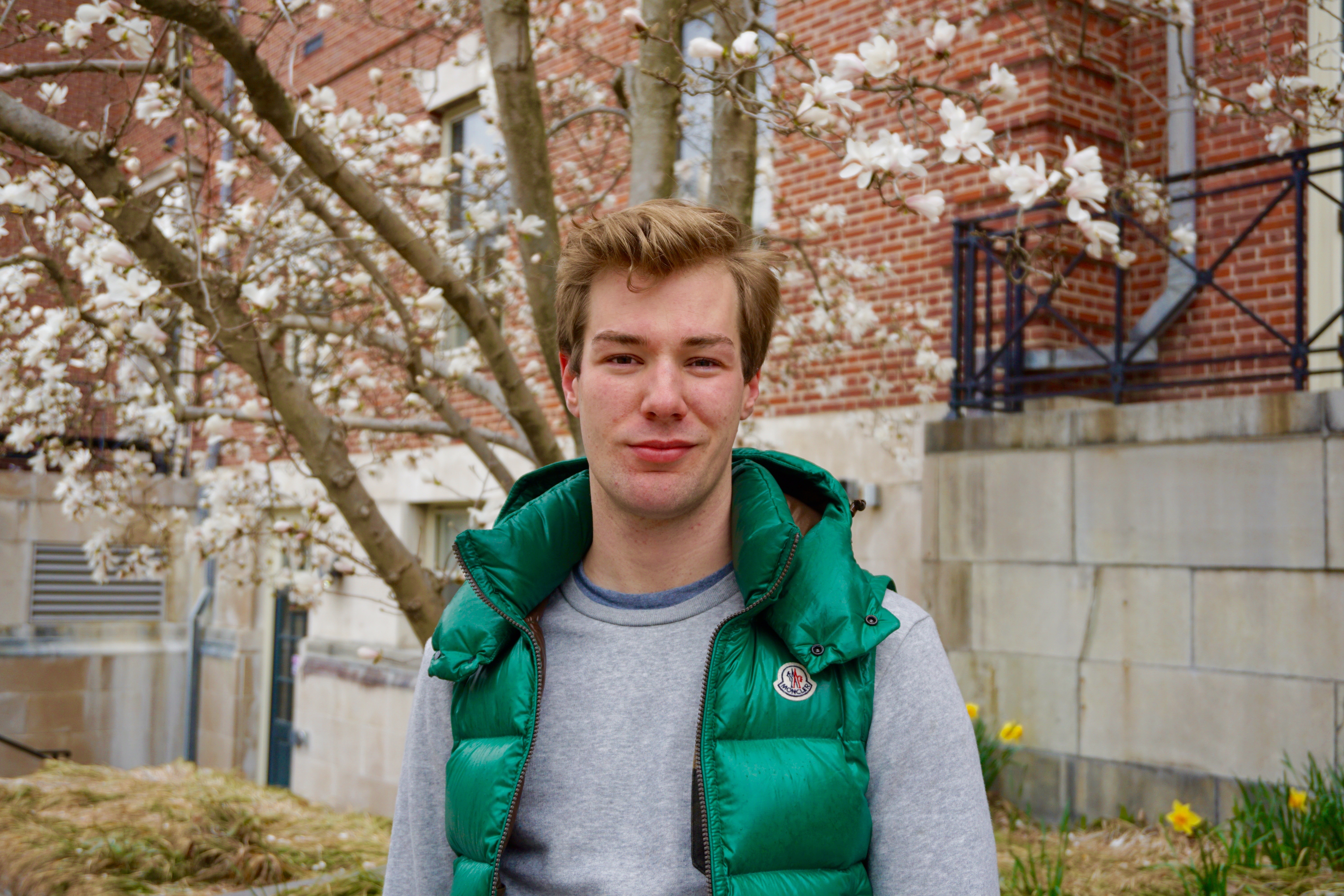 In this edition of International Humans of Brown, Filip Åsberg Montgomery from Stockholm, Sweden sat down with Tina Wang ‘19 to share his experiences at Brown, thoughts on adjustments to American culture, and more. Read on to find out more about this Cognitive Neuroscience concentrator as he discusses why he decided to study in the U.S., what he wishes he knew as an incoming freshman, and what he is going to miss most about Brown. 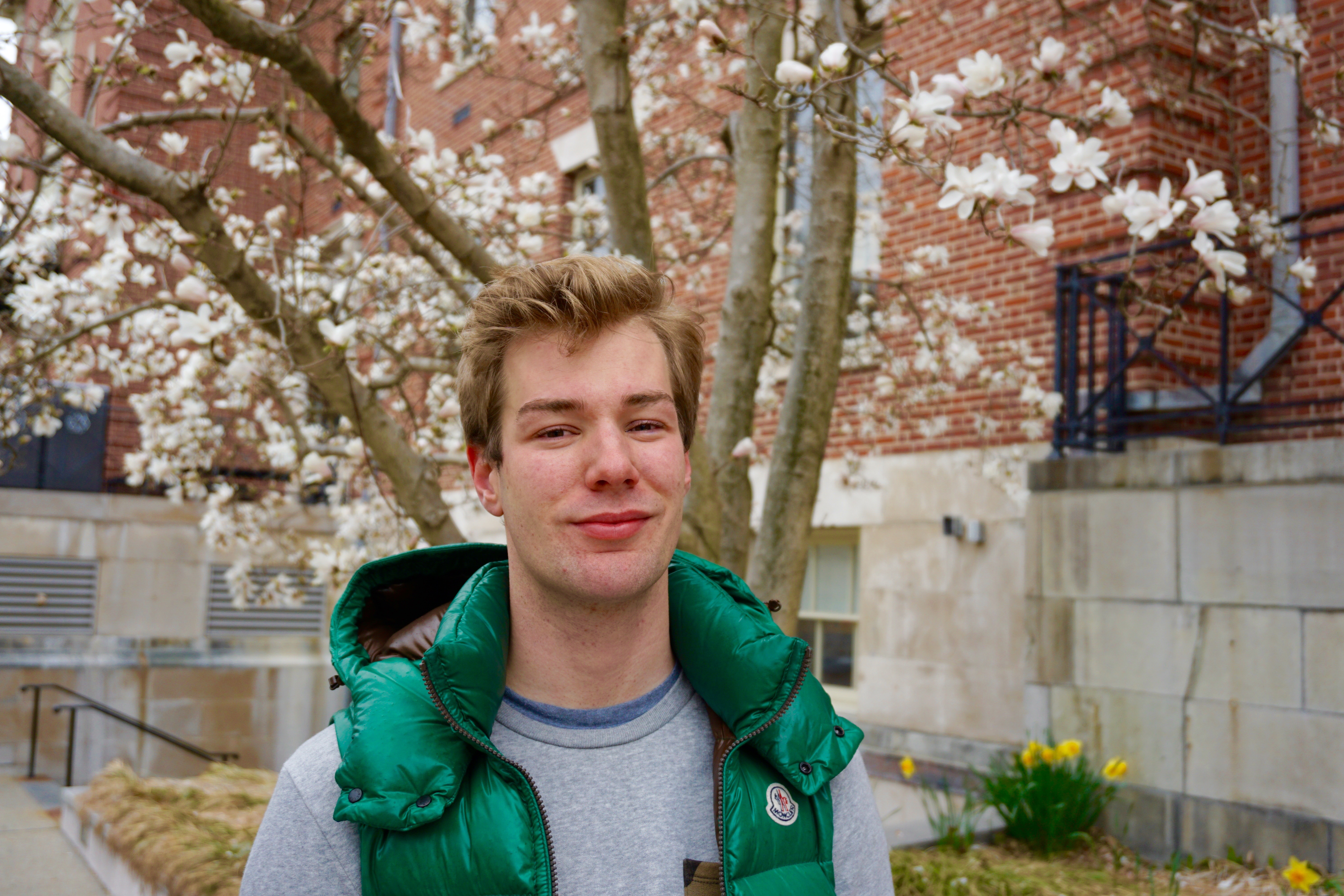 Swedish and English. I also understand French but don’t really speak it.

Which student groups have you been involved in at Brown?

I’m on Brown’s Ski team! I was – and still am – super involved with BOLT, the Brown Outdoor Leadership Training. I was also on the magazine Vagabond for a really long time, but kind of let that go this year. For a while, I was also in [email protected] and the Collegiate Consulting Group.

So why did you decide to study in the US?

That’s a good question. I think it was because I was always interested in so many different things, and wasn’t ready to commit to studying one thing right away in University. It also felt a little like extending my childhood – I graduated from high school a year early, so I had just turned 17 and felt really young. You are still a little infantilized in college here, as it’s kind of like a big boarding school. I was also just really intrigued by the college culture, which seemed really fun and like something I would enjoy and thrive in, so I wanted to experience that.

And have your four years been different from what you expected?

Uh… no. It’s been really great and I love it here. Coming into the U.S., I didn’t really see myself staying – I was like yea, I’ll probably study here for a bit and then go back to Europe. But now I actually really want to stay, especially since all my friends will be here.

Easiest to get used to – Amazon Prime. We don’t even have online ordering in Sweden! Jokes aside, I think it was really easy to get used to everyone being so friendly and open. Especially coming from Northern Europe, people are usually a little more closed off or just less approachable.

There are very small cultural things you don’t always notice that can be a little hard to get used to. I always found the “hey, how are you?” thing to be kind of weird, and it took a while to get used to that being just a greeting. First coming in, I also remember the sense of humor to be quite different – the sarcasm and tone people used here were different, and I often came off as satirical even it if wasn’t my intention. That took a little while to get used to, and it was something I had to think a lot about in the beginning.

Is there a food or dish that you miss from home?

Yes – I miss real Swedish meatballs, not the stuff out here (weird “Italian meatballs”, gross). Yoghurt and dairy products in the U.S. in general are pretty bad, and the only product that’s better is sour cream. I miss this shrimp salad we have that’s really good – I don’t really know what to call it, but it’s a shrimp dish that you can’t get here.

Has there been an Americanism you have picked up in the past four years?

Ah… I now often say “hi, how are you?” and then walk away. (Whereas before, I would have been like “you can’t do that, that’s so rude!”) I think my accent has also become a lot more Americanized, and when I go home, a lot of my friends are like “oh my god, you sound so American now”. It’s mostly just linguistic things – I notice my word choice has become more Americanized, but I still cling onto old pronunciation for quite a few words.

Ooh, that is a good question. There are so many things I want to tell myself as a freshman, like – relax. I was really intimidated by the grading system in the beginning, as back in high school no one ever got above 90s and As were usually 85s or high 70s. So in terms of academics, I wish I would have known sooner that the grading system here is different and more generous. Otherwise, I really wish I had a better grasp of social justice issues, which I hadn’t been exposed to as much previously coming from a very homogeneous country and pretty stable background. I wish I would have known more about these issues, and how big of a part they play in so many people’s life in the U.S.

Has living here changed how you act/interact at home?

I think a little bit! I’m still the same around my friends, but they have a really impressive work ethic here in the U.S., so everytime I go home for internships I’ve kind of felt like no one does anything. I’m like, you guys are just sitting around and drinking wine – c’mon, be productive! Obviously, Brown is a bubble and you get really high calibre students who are ambitious and driven, but I feel that America in general has a more hard-working culture.

What is one thing you are going to miss about Brown? Do you have a best memory?

Ah, I have so many good memories here. I think it’s kind of similar to when you graduate high school – the things you find yourself missing or being nostalgic about most are often not specific fun nights or big moments, but more of all the little things. I’m going to, for example, find a spring weekend top and really remember that weekend, or just really miss things like hanging out with my roommates after class or running between classes and getting coffee at Blue State. I even miss morning workouts, even though I hated them when I did them!

I can’t really pick one thing that I’m going to miss the most, but overall, one of my best experiences at Brown was actually spending my sophomore summer here. I worked for BOLT and took a summer course, and lived with two people who became two of my best friends. We just had so much fun, went on so many fun adventures, and I would highly recommend spending your first or second summer here at Brown. 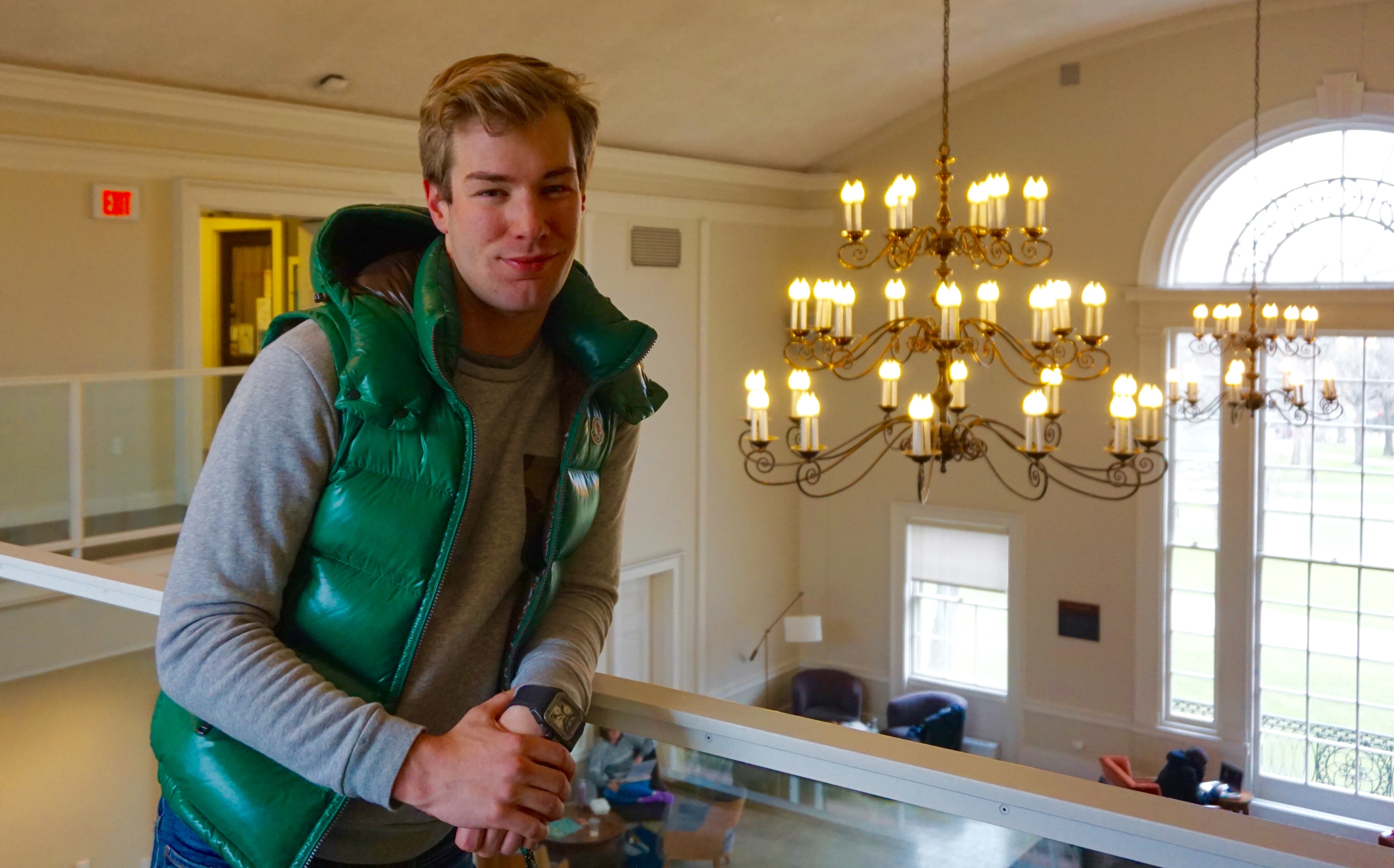 Do you have a favorite spot in Providence?

I really like India Point Park and the East Bay Bike Path. I also have a weakness for the Scili – I’m going to get so nostalgic about it, actually, just thinking about all the times I’ve spent in the basement (and even crying in the little back room, #neuralsystems). Yea, it’s got to be India Point or the Scili – if you take me on a date, take me to the 13th floor.

And did you have a favorite class? Neural Systems?

I think it was an amazing class, just so freaking hard. I really liked the Lab in Genes and Behavior. It was really fun, hands-on, and unique, and I don’t think you would get opportunities like that at other schools. I loved Creative Non-Fiction, Neuro 10, a sociology class about creative companies in the culture industry… god, I loved all my classes! My favorite class overall would maybe be Affective Neuroscience, which is a really interesting seminar and I got a lot out of it.

I have to control myself everytime I go to not buy them, but I love the french toast ones – they’re soooo good.