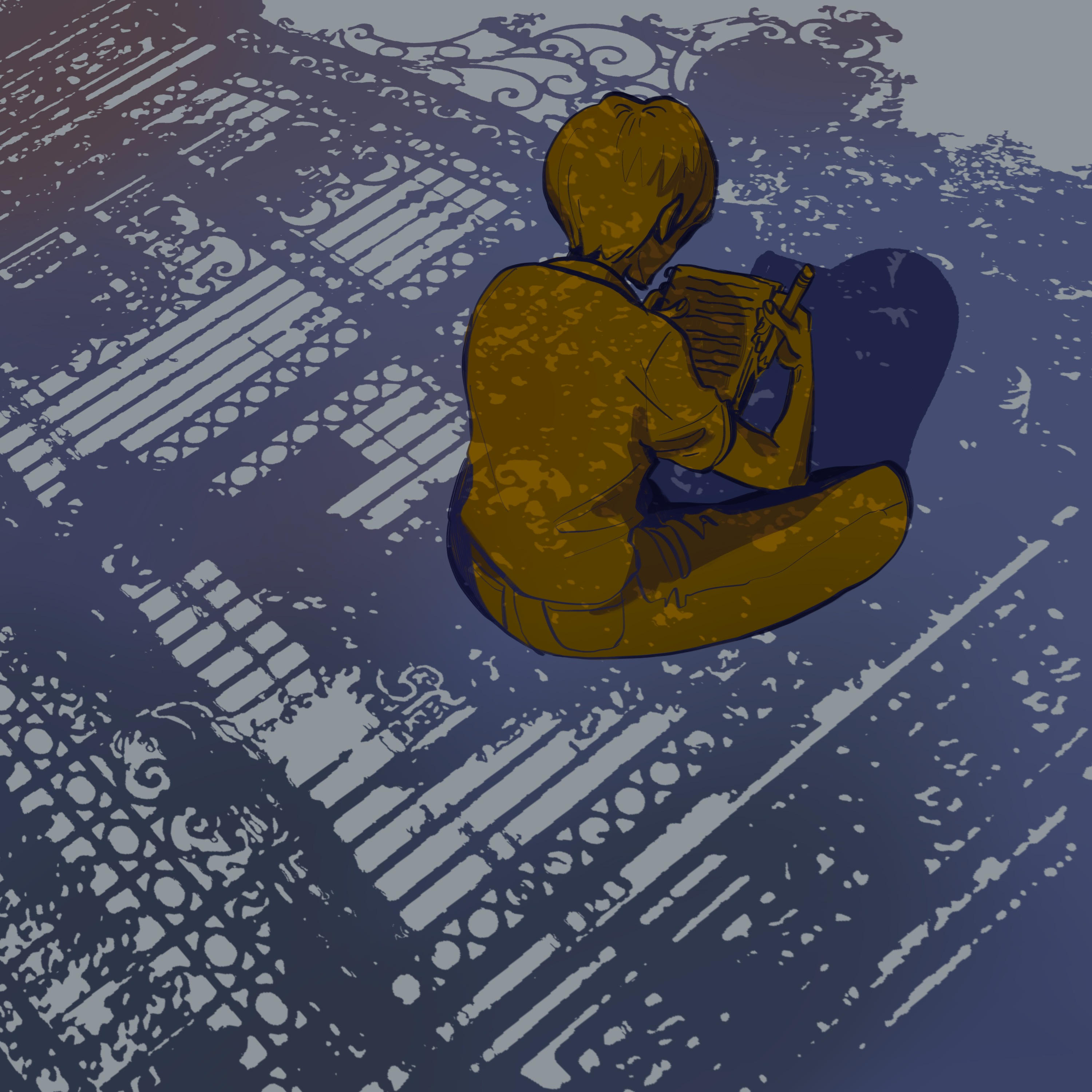 Writing at Brown, or, Heavy Gates and Exclusive Side Doors

IWB / April 23, 2018 / Comments Off on Writing at Brown, or, Heavy Gates and Exclusive Side Doors / Cross-Cultural

Author’s Note: This piece is adapted from an essay I wrote in the fall of 2017 for the seminar ENGL 1190M: “The Teaching and Practice of Writing”, a course about the pedagogy of writing taken by all new Fellows in the Writing Fellows program at Brown. The open-ended prompt asked us to discuss the undergraduate Writing Requirement as it relates to the issue of gatekeeping in the academy. I hope that the essay illuminates some of the reasons why the International Writers’ Blog exists and why the Blog is so important to me as a writer, even though I acknowledge that this short essay barely scratches the surface of these issues. I hope, then, that the conversation about who gets to be a “writer” continues, not just in the virtual and physical pages of this Blog and other publications, but also in the institutions that hold much of the power and responsibility to decide what the “gates” of writing at Brown look and will look like.

This evening, as I walked from the Quiet Green to the Rock and passed through one of those smaller doors flanking the Van Wickle Gates, I turned to look at that massive metal entrance. The gates seemed vaguely menacing, eerily illuminated as they were by spotlights in the darkness, and I was reminded of walking through them for Convocation three years ago. Despite the cheering crowds and the high-fives given out by mentors from the International Mentoring Program I participated in—or perhaps because of them—it was a scary experience. I recall feeling the weight of those gates, the pressure of entering an unknown social world, the fear of remaining as alone as I felt in that procession. Now, each time I walk through one of the side entrances, I’m silently appreciative of way I can move through them at my own pace, on my own terms.

The Writing Requirements at Brown are like the Van Wickle Gates: heavy, but not equally so. Some students pass through easily, while others have a more difficult time due to their backgrounds, personalities, or areas of strength. Despite this disparity of experiences, passing them is presented as an unassailable, well-intentioned, and unifying tradition. An official University document from Fall 2014 justifies the Writing Requirement, which dictates that “all students [must] demonstrate the ability to write well,” with the idea that “good writing” is crucial to learning, communicating, persuading, and even thinking. The appeal of this explanation to our common sense, influenced by our years in the academic world, belies its lack of specificity. What is “good writing” and who defines it?

One simple answer is that the professors who assign the grades are the arbiters of good writing, but the simplification ignores the influence of the academy upon professors’ evaluations of writing. The American academy’s long history of privileging a so-called proper form of English as well as the negative effects of such privileging are well-documented by scholars such as Vershawn Young and Neisha Greene. Essentially, as these thinkers rightly point out, the English that is taught as correct is a white and upper-middle-class English, which makes it more likely (but not inevitable) that students from other backgrounds will face more challenges when fulfilling the writing requirement. This added difficulty exists despite the fact that most professors at Brown, at least from my experience and from anecdotal evidence from friends and acquaintances, attempt to be open-minded and accepting toward people of different backgrounds. Professors’ gestures toward understanding—or even genuine understanding, for that matter—do not preclude the use of writing pedagogy based on academic tradition rather than educational research and principles of inclusivity. The release of Nancy Sommers’s “Responding to Student Writers”—a handbook on the dos and don’ts of giving feedback on writing—in 2012 suggests that ineffective practices, such as writing indecipherable and vague comments, rarely praising the writer, and attempting to teach too many lessons with one paper, are still widespread.

Getting caught up on the qualities of individual professors and ignoring systemic academic biases also creates the temptation to dismiss the problem of writing as gatekeeper due to a technicality: most students are ultimately able to pass their WRIT courses. If we focus on the passing grade and conclude that it’s “easy” for everyone to fulfill the Writing Requirements, we completely disregard the day-to-day experiences of the writers, all of whom have feelings as they write—confusion, frustration, hope, among others. Moreover, we risk patronizing writers who must work harder than others to meet academic standards, marking them as bad writers who will be allowed to pass by “kind” or “easy” professors, lumping them in with slackers. Just as passing through the Van Wickle Gates can be a radically different experience for two graduates of the same class, passing the same writing course—even getting the same grade—can mean wildly diverging things to two writers.

If the academy influences the WRIT-course professor’s teaching regardless of his or her discipline or grading scheme, at least one type of course purports to allow writers to free themselves from restrictive academic conventions regardless of their concentration. It is the creative nonfiction writing course, promoted by the University on their webpage about the Writing Requirement (tellingly, though, this type of course is listed merely as “popular,” and placed secondary to academic writing courses that are “encouraged”). Creative nonfiction courses are like the side gates flanking Van Wickle, letting students like me pass through with more freedom. Like those gates, however, they’re small, and don’t fit too many at a time. Introduction to Creative Nonfiction, for example, is notoriously hard to get into, requiring a combination of luck while mashing “Register Cart” at 8:00 AM and the ability to produce a writing sample. The call for writing samples is intimidating, especially for inexperienced writers, and selectively filters out potential class members who are less confident in their own writing even before the professor starts reading samples. Then, that evaluation process likely favors experienced writers as well. The result is a class of mostly experienced writers, and that means the demographics are skewed toward people who have had the chance to practice both academic and creative writing in English in the past. Ironically, due to the creative and exploratory nature of these courses and the fact that they are graded S/NC, the general sentiment among students—and sometimes even the policy explicitly articulated by professors—is that you will receive a satisfactory grade as long as you put in effort and turn in your writing. If that’s the case, shouldn’t the department purposefully seek out a diverse range of writers for these courses, rather than so heavily favoring “good” ones? I understand the logistical issue of too few spots in too few course sections taught by too few professors, of course. But the problem of space is not an inevitable reality but rather a situation created by the priorities of the English department (among others in the humanities) when it comes to hiring, granting tenure, and planning course lists. Priorities can be changed.

Other Creative Nonfiction side doors present additional obstacles to passage. More advanced courses require completion of introductory or intermediate writing courses, which is like putting gates behind gates. Moreover, due to these successive rounds of filtering, advanced writing courses and many intermediate courses are largely homogenous in their demographics, as in largely white. The demographics of these spaces are partially the product of white privilege; these writing classrooms are also spaces where the subtle elements of white privilege come into play, noticed and felt largely by the minority writer, if he or she decides to stay with the course.

I speak from personal experience. In such classrooms, I often feel the need to speak for the Taiwanese and my Taiwaneseness, though I do not fully understand either, and though neither my professors nor my classmates explicitly ask me to. I feel the need to explain my stories and their contexts because they are not the default. At the same time, I worry about writing in clichés, being a cliché: the Asian, or the Asian-American written about so many times before that I’m almost certain there’s no longer room for my story in English for an American audience. I am privileged to have had a bilingual education almost all of my life. I have passed through the gates many times, have done enough writing to fulfill the Writing Requirement at least four times over. And still, each time, they loom over me.