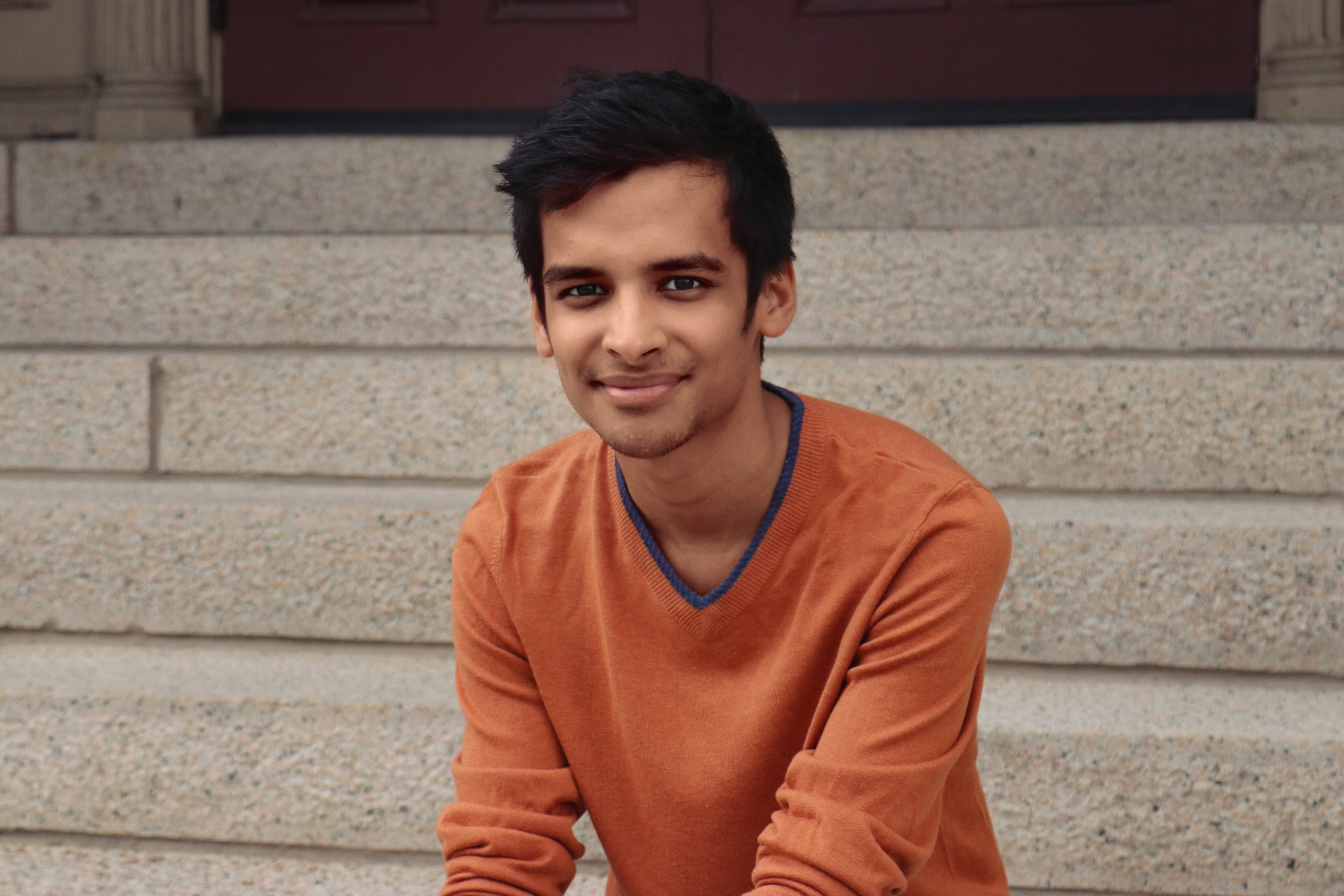 In this edition of International Humans of Brown, Shivam Agarwal from Mumbai, India sat down with Christina Zhang ‘20 to share his experiences at Brown, thoughts on adjustments to American culture, and more. Read on to find out more about this Applied Math-Econ and Theater concentrator as he discusses why he decided to study in the U.S., what he wishes he knew as an incoming freshman, and what he is going to miss most about Brown. 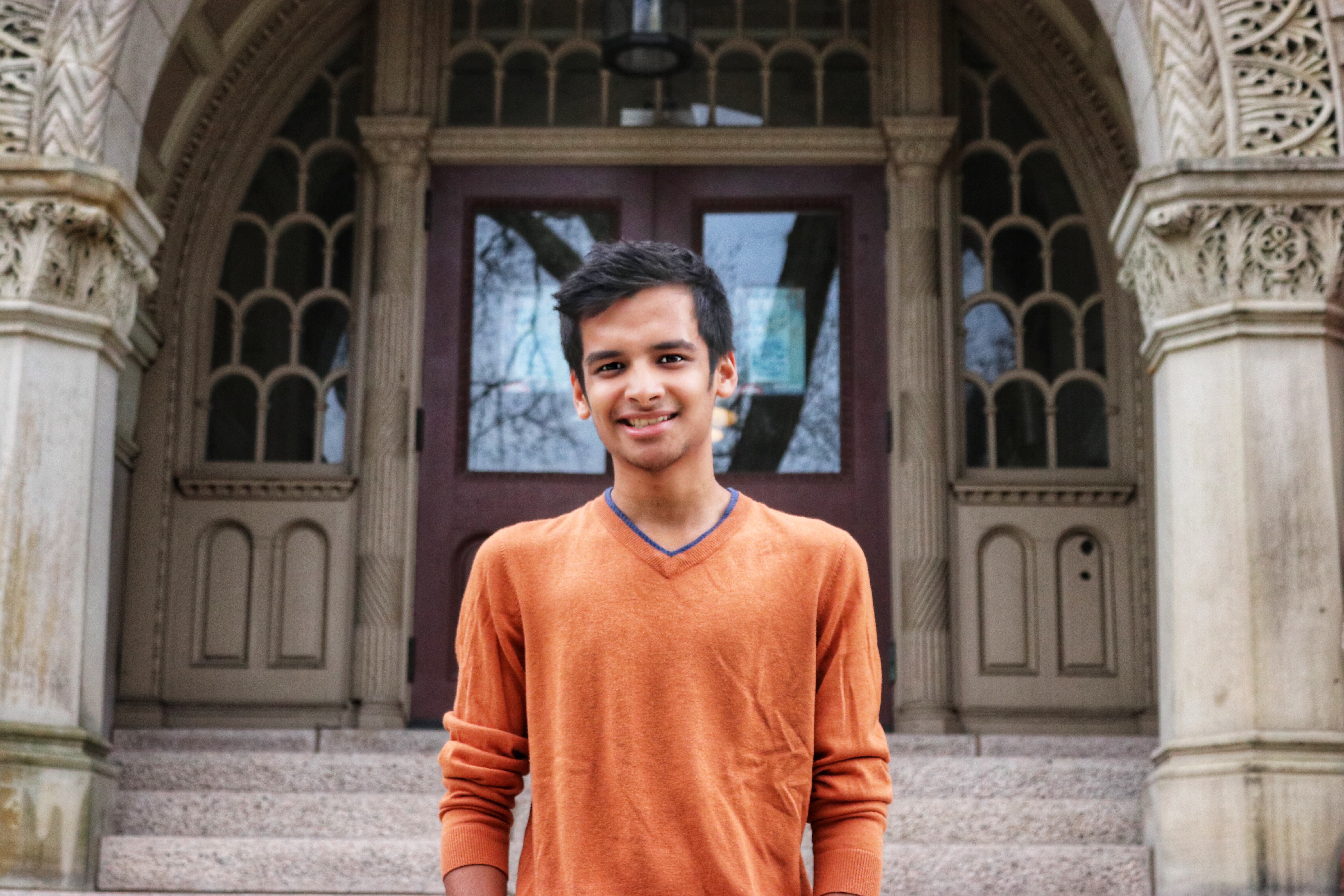 I am on the board of Socks and Buskins. I’ve been a Meiklejohn and also TA-ed Investments for two years. I’ve also been an RPL for two years, a campus tour guide and a student caller at the call center.

What have you managed your time doing two concentrations and all these student groups?

Honestly, it was really difficult. For example, last semester I was in Macbeth, and it took four hours a day, six days a week for an entire month. And, because there were so many lines, I had to spend two to three hours a day to work on my lines, so it was like a daily commitment of seven hours for the show. On top of that I was doing my classes, TA-ing a course, and being a Meiklejohn. So one day someone was asking what was my schedule like for the day, and I said, “Oh well, at twelve I have a Corporate and Finance midterm, and then I have a theater class monologue due at four, and after that I have to give a presentation and then I have my theater rehearsal.” I know that my day sounds crazily blended, but it actually helps me rather than taking away from the balance. So, my final periods usually look like one paper, one theoretical exam for a class, one monologue, and one project for another class. I know that it would be a struggle for me to do just one type of thing all day and all night. When you have such a variety, it actually helps me to finish all the work. It definitely can be overwhelming, and looking back at it, I couldn’t believe how I accomplished all of these things. But these things are also the things that I am truly passionate about, so they become less of a work to me.

The main motivation was that I wasn’t totally sure what I want to study. In fact, when I applied to Brown, I applied to Bio-Chem, but I’ve never taken any Bio, or Chem at Brown. I also just want more opportunities. India’s higher education is a very closed environment, where you pick a track and you stay on the track. You generally still live with your parents when you’re in college and the higher education itself is not satisfactory. People usually end up taking online tutorials or self-study, and not developing various interest. I would really doubt that if I were still in India, I would try out new hobbies and meeting new people.

How have your four years here been different from what you have expected?

I never thought that I would find a passion in theater and have it become such an important part of my life. I find a sense of myself, what I like, what I don’t like, what I believe in, and what kind of person I want to be. This is definitely what I didn’t expect before coming to Brown. I knew that I was going to get a good education because the school is so well-reputed but I never imagined that I would become who I am today and try out things that I have never did before. For example, I was really bad in English in high school and I thought Brown was a great opportunity for me to never taking any English anymore. But, I ended up taking two English courses at brown and loved them. Unexpectedly, I thought Brown would give me an opportunity to avoid a lot of the things that would challenge me, but, for some reason, I’ve been motivating myself to challenge myself with exactly those things I tried to avoid.

I guess the most easiest part is the idea that people are very open and accepting of what everyone presents themselves as. You can really be yourself and nobody would judge you for who you are. Surprisingly, the toughest part is choosing and making decisions with so many opportunities in front of you. For example, one semester I was dead set that I was going to take six classes. I didn’t want to drop any of them, but I had to make a decision. Sometimes I’m offered with two plays, which one should I pick. It’s really hard for me to drop commitments, and even if they are taking up so much of my time, but once I commit to them, I have to finish them. So that could be hard.

Maybe I would say bagels. It’s never a thing that I would eat. Also, a really American thing I would say is grabbing-coffee-to-go. Because, generally, you sit down and enjoy your coffee with your friends. At home, I usually sip my coffee on the balcony and enjoy the spare time. I feel like in America, the notion of coffee is boiled down to caffeine, but I usually get decaf coffee. Everybody here is so much in a hurry and the idea of “to-go”, or constantly moving is definitely American and different from home.

This is a really difficult question. If I have to say one single thing, I would say my mom’s samosas. You get samoas in Kabob and Curry, but literally my house has the best samosa in the world and it’s something to die for. It’s spicier, more refreshing, and flavored. The Kabob and Curry one just taste like potatoes and turmeric.

The biggest change is that I became more Indian after coming to the US. Mumbai’s culture is actually very Westernized and I only listened to Western music before coming to the US, but now I crave for Bollywood music. At home, I would never wear Indian outerwears, but here I like to differentiate my outfits by wearing a kurta with jeans, to make it a little more edgy. And, traditional Indian dance forms were really boring to me as a child, but now I am so amazed by these culture productions. I definitely become closer to my culture by moving away from it. 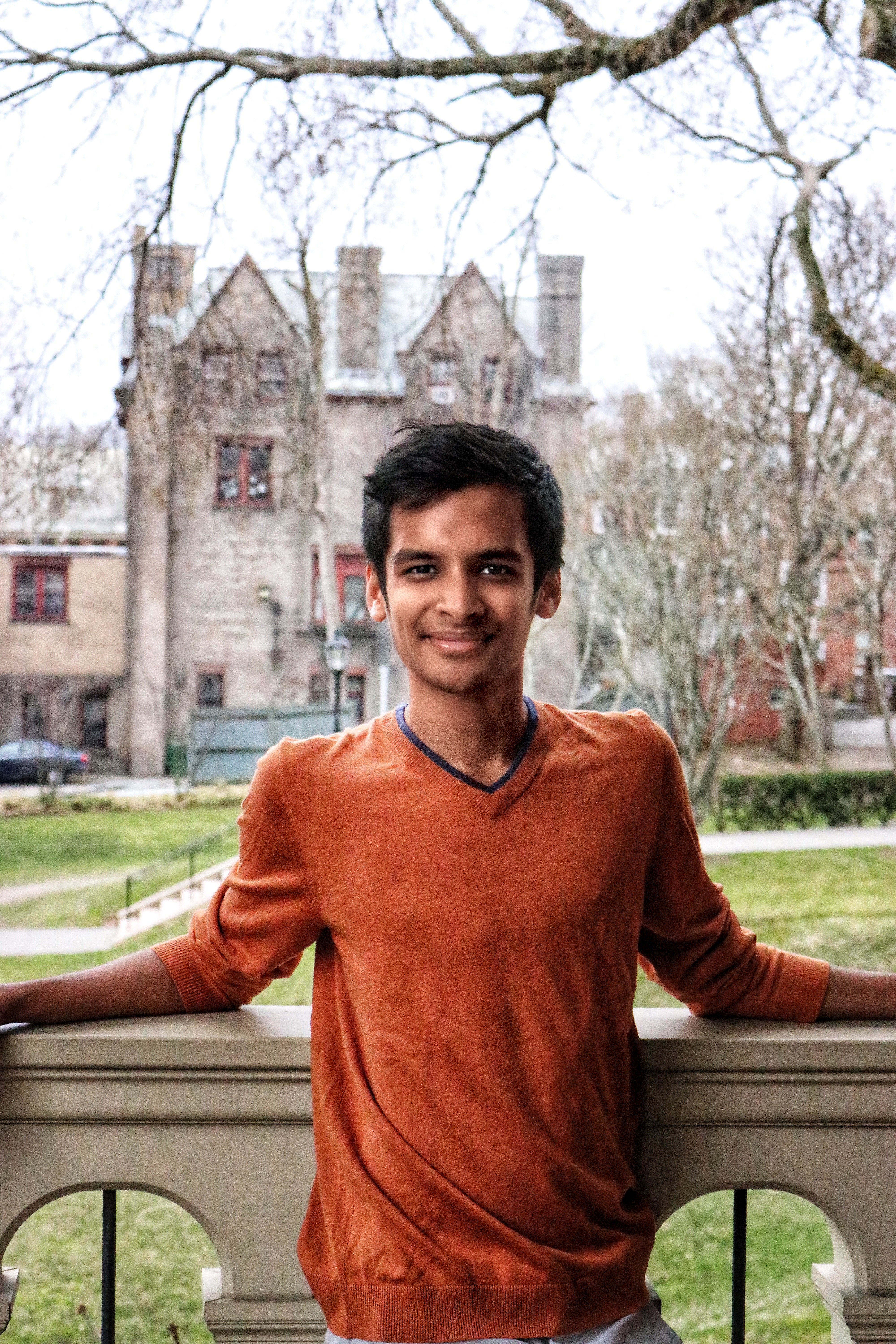 What is one thing you are going to miss about Brown? Best memory?

My best memory would be my birthday. I had come back early from winter break for Midsummer Night’s Dream [a play that I was in]. And, I thought I was going to be so lonely on my birthday. And when I walked into the room, the entire cast of twenty people surrounded me and all screamed “Happy Birthday” and sang the whole song out loud for me. I had never felt more joy- people showering you with love. Part of the reasons I love theater, and theater at Brown, is how people become your family, and that is definitely what I will miss the most.

What do you wish you knew as an incoming freshman? And do you have any advice for your younger self?

Four years may seem like a long time, but don’t waste your time on opportunities that you are not truly interested in. There were times where I took a position just because it was available to me, not because I was really interested in it. Also, don’t do things because it fits a formula, as there is no formula of getting from A to B. Pick a way that you know that you will enjoy, rather than constantly making compromises. Don’t think about the end goal all the time, and enjoy the process.

I’m on a app called ISE, and starting from my senior year, I upload a 1-second video to the app everyday. I have been doing it for my entire senior year. Every time I looked at it, I was in shock how many crazy things happened in my life in one year. All of theses friends you met, all of these great things that happened to you, all of the struggles that you’ve been through. Enjoy the process. When I take a step back and look at everything in a big picture, I feel like my past year, and my past four years here has been amazing.

Tags: ihob, senior
← Writing at Brown, or, Heavy Gates and Exclusive Side Doors
Thoughts from Ethiopia →