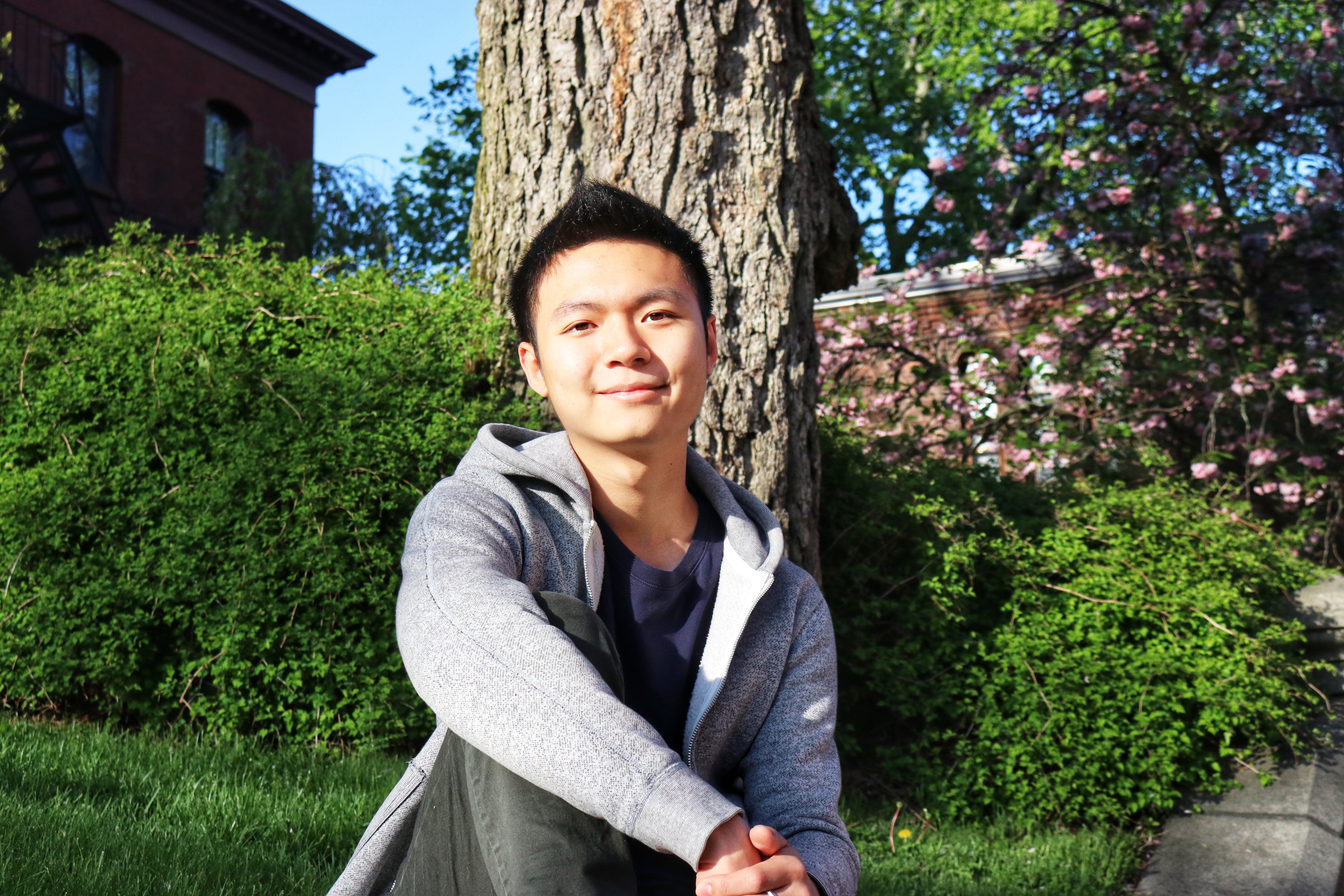 In this edition of International Humans of Brown, Edwin Jeng, our very own Editor-in-Chief from Taiwan, sat down with Layla Abdulla ‘19 to share his experiences at Brown, thoughts on re-adjustments to American culture, and more. Read on to find out more about this wonderful leader that we will all miss very much as he discusses how he has grown over the past 4 years, obstacles that he had to face on campus, and his advice for incoming freshmen!

I was born in New Jersey and I lived there for 7 or 8 years before I moved back to Taiwan with my mom. I lived in Hsinchu for 10 years through most of elementary school, middle school and then high school.

I’m at Brown now. I’m concentrating in Urban Studies and English in the Non-Fiction Writing program.

I speak English, I would consider that to be my native language. I speak Mandarin pretty fluently. At Brown I learned German and Czech, and I would say I have forgotten a lot of them (laughs).

In my first year I tried out a lot of things. I’ll just list them and not really go into them. I was a part of Brown’s Taiwan Society. I was actually quite involved in the Rhode Island Student Climate Coalition for a while but, unfortunately, due to other commitments, I stopped that sophomore year.

Sophomore year I joined this thing called IWB, you might have heard of it? I started as a staff writer, actually, for one semester. Funny story, the original founders, Waleed and Devika, they had accepted other people for the Editor position that was open but, due to my excellent application, they created a new position just for me- staff writer (laughs). Then, later on, Editor-in-Chief.

I’m part of the Writing Fellows program; I would think of that as an extra-curricular although you have to take a class. I’ve been doing that my senior year. Then before, my freshman and sophomore year I was a part of Active Minds but it feels so long ago.

I always knew I was going to study in the US because I went to a bilingual school so most of the classes were taught in English and I definitely would not survive very well in a Taiwanese university system. Not saying it was better or worse but it was never really an option in my head; it was always going to be a US university. In the high school that I went to, most people definitely went on to US universities. The whole guidance system, APs and stuff like that were geared towards that.

How have your four years here been different from what you have expected?

I think I have gotten the chance to try out a lot of things, academically and socially, in terms of activities that I didn’t expect I would. I definitely didn’t think I would make writing so big a part of my education as well as what I do in my spare time. I started out thinking I would do Environmental Studies and just really focus on, I guess you could say, activism but that kind of research. I ended up, even though I’m still invested in those causes, naturally drifting towards other things. I think it’s really cool that Brown has a lot of not only opportunities but also people that are interested in all these things. So you meet a person in one context and you end up seeing them somewhere else. I think that’s cool!

I don’t know actually if it was that different in terms of overall experience from what I expected. I think some of the other questions will illuminate more of my experience. I don’t want to just tell the whole story (laughs)!

I think easiest might actually be, I don’t know how else to say this other than the kind of progressivism on campus. That’s interesting for me because overall my high school, in terms of the administration and the student body, was still relatively conservative even though it was ‘socially liberal’. I hear about all these kids coming from very liberal places and I definitely didn’t have that experience. I was pleasantly surprised by many of the efforts of inclusivity; whether it is interpersonal relations or our definitely not perfect administration, a lot of the efforts that they’ve done as well as campus support areas. I really appreciated those in the start.

For the most difficult, it’s finding a place on campus. Even though I think there are a ton of awesome people here that I have totally loved getting to know and becoming acquainted with, I think it has been difficult to become close friends with people simply because there are so many different activities, so many different involvements. It is rare that taking all of your classes together would just naturally be the cause of your friendship unlike in high school where that is more often the case. Even when I have had mutual interests with people, it’s a lot more effort to maintain that and do stuff in general logistically. I think also just being an introvert, coming from a very small school, I have struggled to find a community where I am not just accepted in but also somewhere I really want to get involved in and contribute in a very meaningful way. 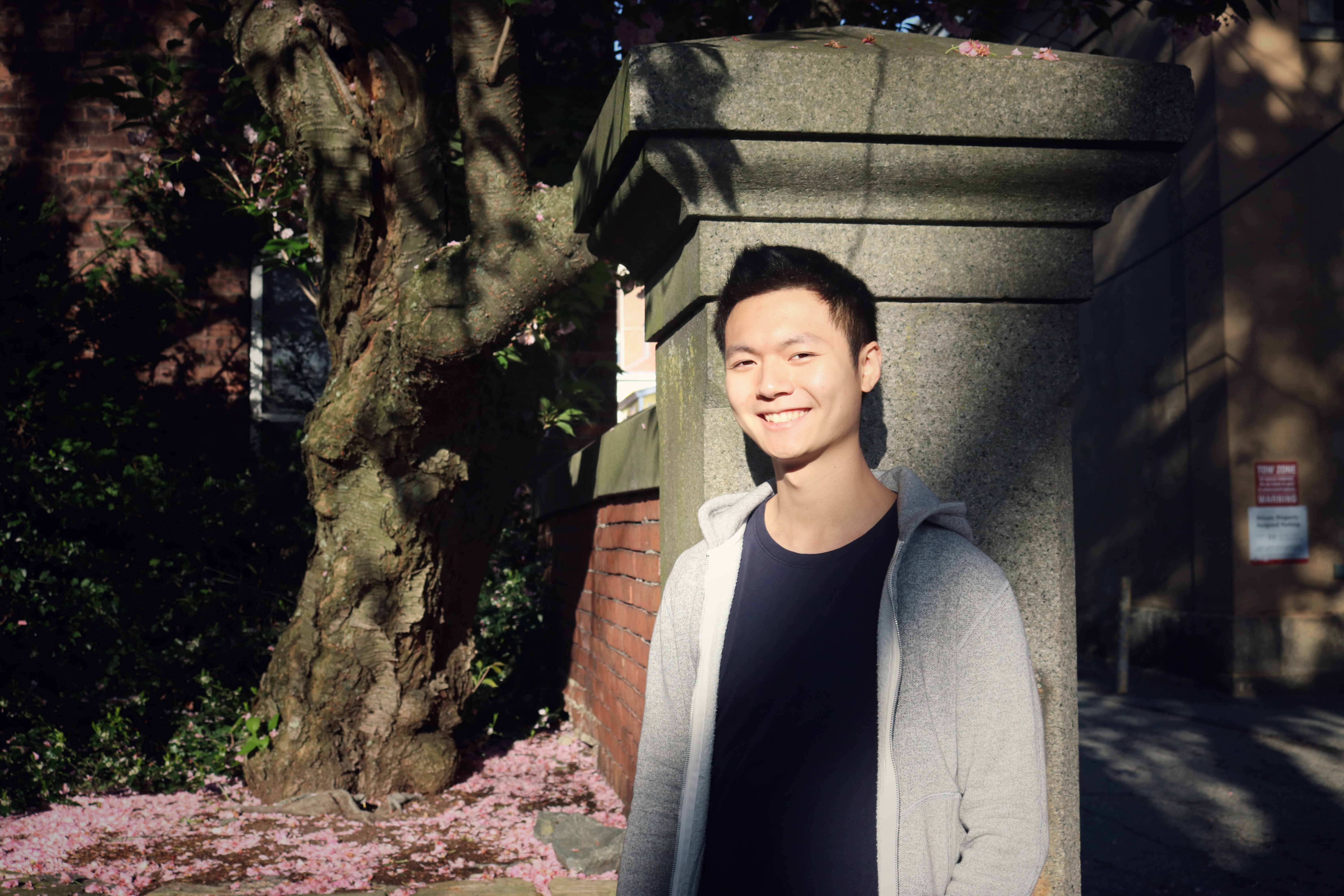 So many! It is really hard to choose but I really like noodle dishes. I could choose a ‘right now’ because I think it varies day-to-day. Maybe just a simple noodles with red chili oil.

I guess I should preface this that I was born in the States so to some degree I’ve always had Americanisms. In my bilingual school, we had a lot of Americanisms because a lot of the media we consumed was American and a lot of us had come from America. Interestingly, though, it was a lot of California-ism at the time because, at the time, a lot of the people were from the west coast.

After coming to Brown, I mean this is such a cop out answer but, I would say “how are you”. Going beyond that, just having small talk conversations which I really had to learn how to do and I’m still not very good at.

I wish I knew about all the different fields, activities and opportunities that I should have taken advantage of earlier. I think Brown often makes it seem like you always have these chances and it’s true that you do but, to some extent, you have to start taking advantage earlier on. To give an example, if I wanted to jump onto that CS train, even though it sucks, I should have tried CS15 my first year. Even with certain programs or leadership positions on campus, a lot of them require you to have previous experience and if you’re not getting that earlier on, it can be hard to compete with other students who are all very talented. That’s kind of a reality that is important to keep in mind despite the Open Curriculum and this idea that you have all these choices and there’s no wrong choice. You have to hedge your bets. You have to keep in mind that if later on you want to pursue this path or that path, you have some of the things to get you there.

It depends on who I’m with at home. If I’m with my mom, living away from home has really made me appreciate her a lot more and I try to be more appreciative of all the years she took care of me. If it’s with my high school friends or old buddies, it’s made me more aware of how a homogenous (environment) can be detrimental to personal growth. I think coming here has, even though it is a liberal progressive perspective, I’ve met many different people from many more different backgrounds that I hadn’t had in Taiwan or if I had gone to a school on the west coast, for example, where I could just hang out with old friends or people like me. Coming to Brown has really made it almost impossible to go back and interact in the same way, make the same jokes and talk about the same things even though our interests might overlap. It’s not like I have only grown from 18 to 22 years old, I have also not seen the world but a little bit more of it. 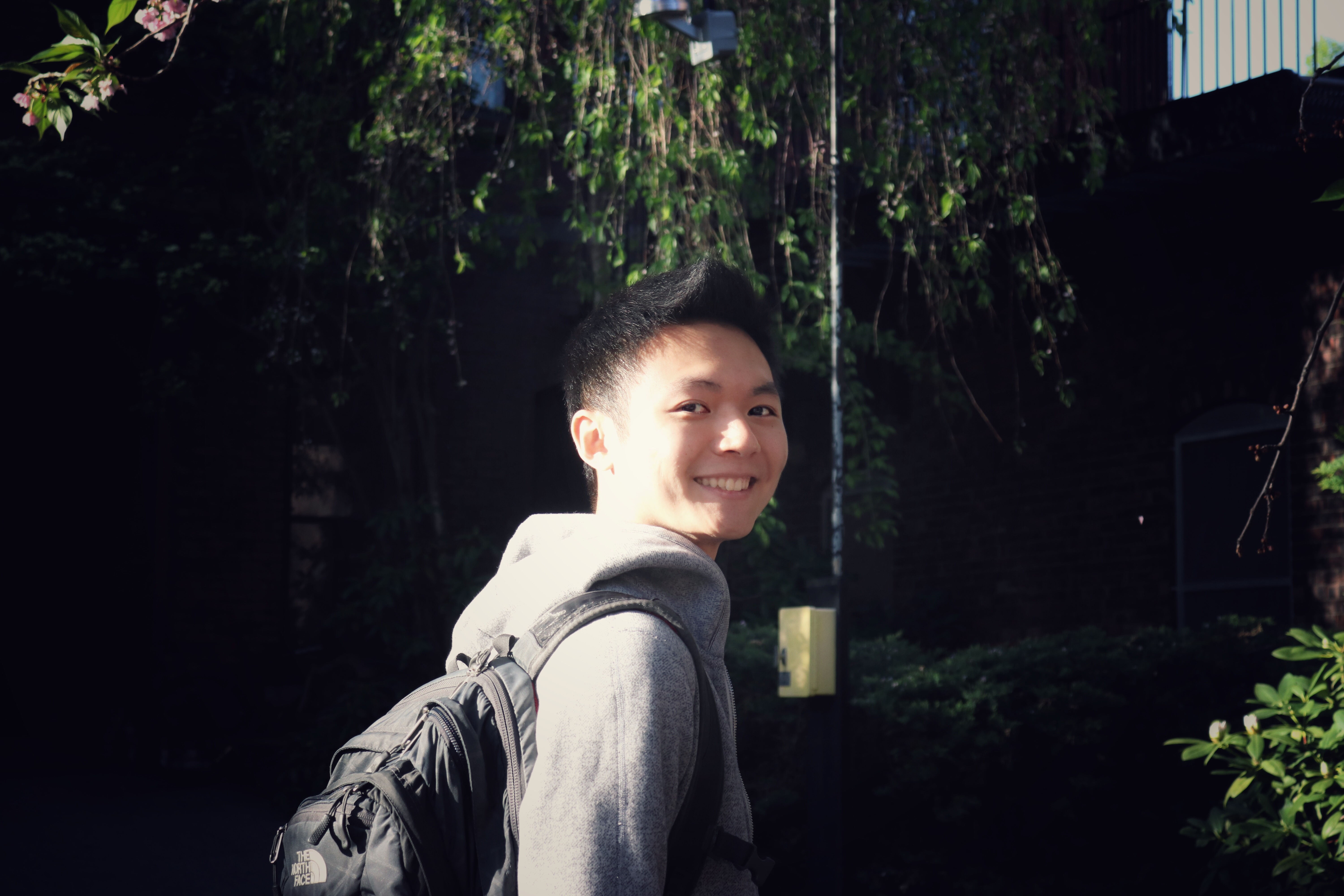 What is one thing you are going to miss about Brown?

I’m going to miss the people and the culture of collaboration and support. I think that’s such a cheesy thing to say about Brown but I think it’s true. There is some sort of community spirit even though we don’t have a school spirit per se. A vast majority of the people I have met here are nice even if we may be pursuing very different things or different interests. It’s hard to find elsewhere, there is obviously a lot of wonderful people out there but I think the just sheer concentration. If you want to do something, there will be people to help you to do that in a very accessible way. There are obviously barriers but that’ll be harder to find.

On one side, there are so many that I can’t give an answer but my instinct was Tea in Sahara so I’ll go with that.

What is your favorite Blue Room pastry?

It’s that cinnamon something muffin, you do the research (laughs). Double chocolate or almond croissant.

I have several, I think, that are good in different ways. I liked Intro to Urban Studies because it was a really unique format. It brought in guest lectures every other week to talk about their unique field of Urban Studies, their research and their perspective. It helped solidify my desire to concentrate in the field.

I really liked City Novels. I would say it was the class that was like ‘Oh, I can do English AND Urban Studies’ because there is a whole field of urban novels. So, I really liked the subject matter of that.

A third one, I would say, is Inventing Asian American Literature because, I think, it was like ‘Hey, I can read books by people and about people like me and that’s cool. The literary canon is so flexible!’. Even though, honestly, I should have participated more in that class. I feel sorry for the professor (laughs). Once I went to his office hours and he said ‘So, you’re an English concentrator? Is silence a thing you do in other classes?’. I was like ‘No…’. It was a bigger class so it was hard to participate in but I liked the class.

It’s either East Side (Pockets) or Ken’s Ramen.

Advice for younger students? Younger self?

First of all, take advice from upperclassmen with a grain of salt. You never know! Just because they are older doesn’t mean they are wiser, okay?

As for my own advice, my advice would be to take care of yourself. That’s harder than it seems.