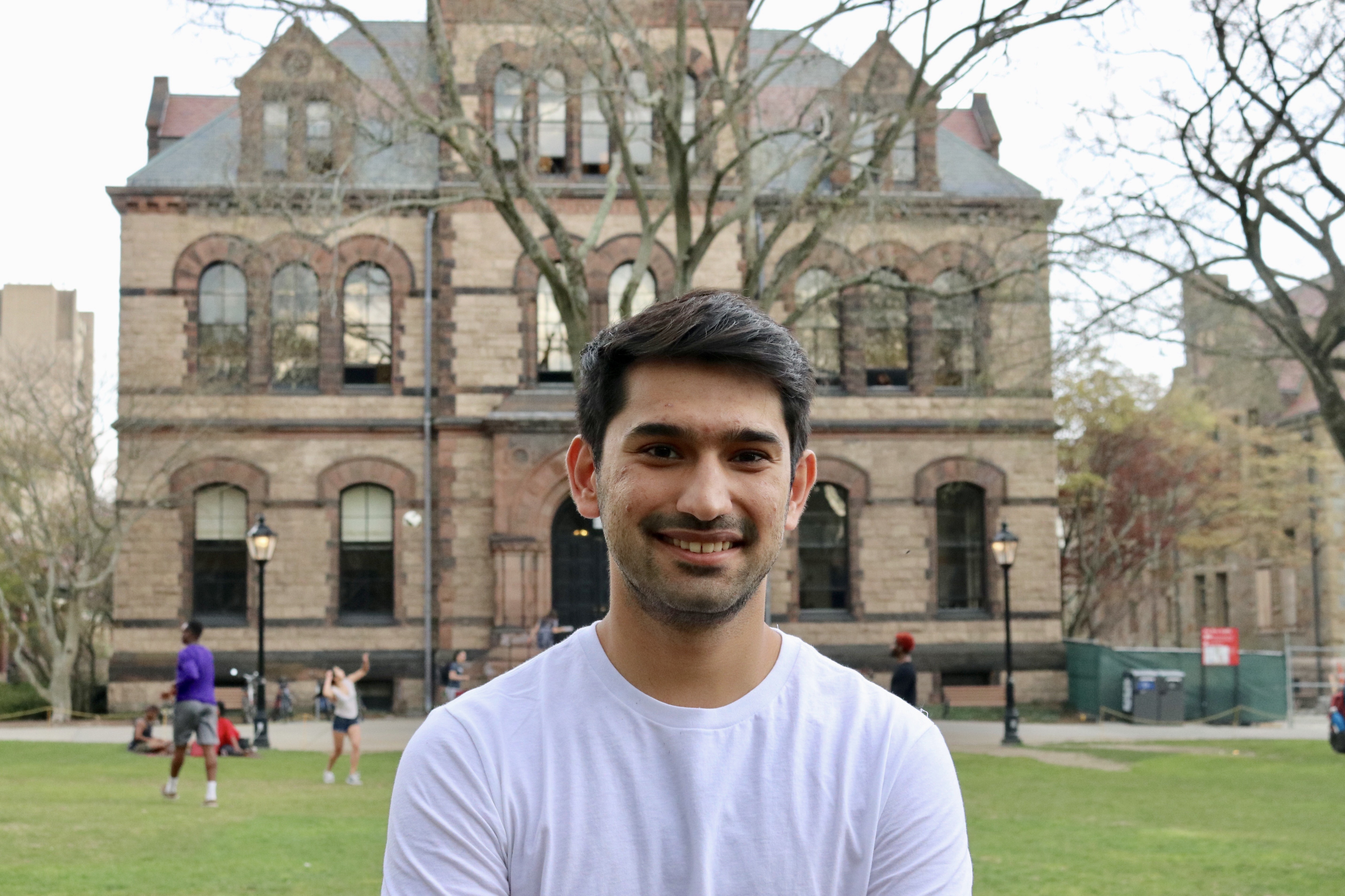 In this edition of International Humans of Brown, Waleed Nasir, former Editor-in-Chief and current Senior Advisor from Pakistan, sat down with Maheen Syed ‘19 to talk about his diverse and exciting experiences at Brown, his involvement with sociopolitical causes on campus, and much more. Read on to find out more about this extremely dedicated and exceptionally talented member of the IWB Graduating Class of 2018. 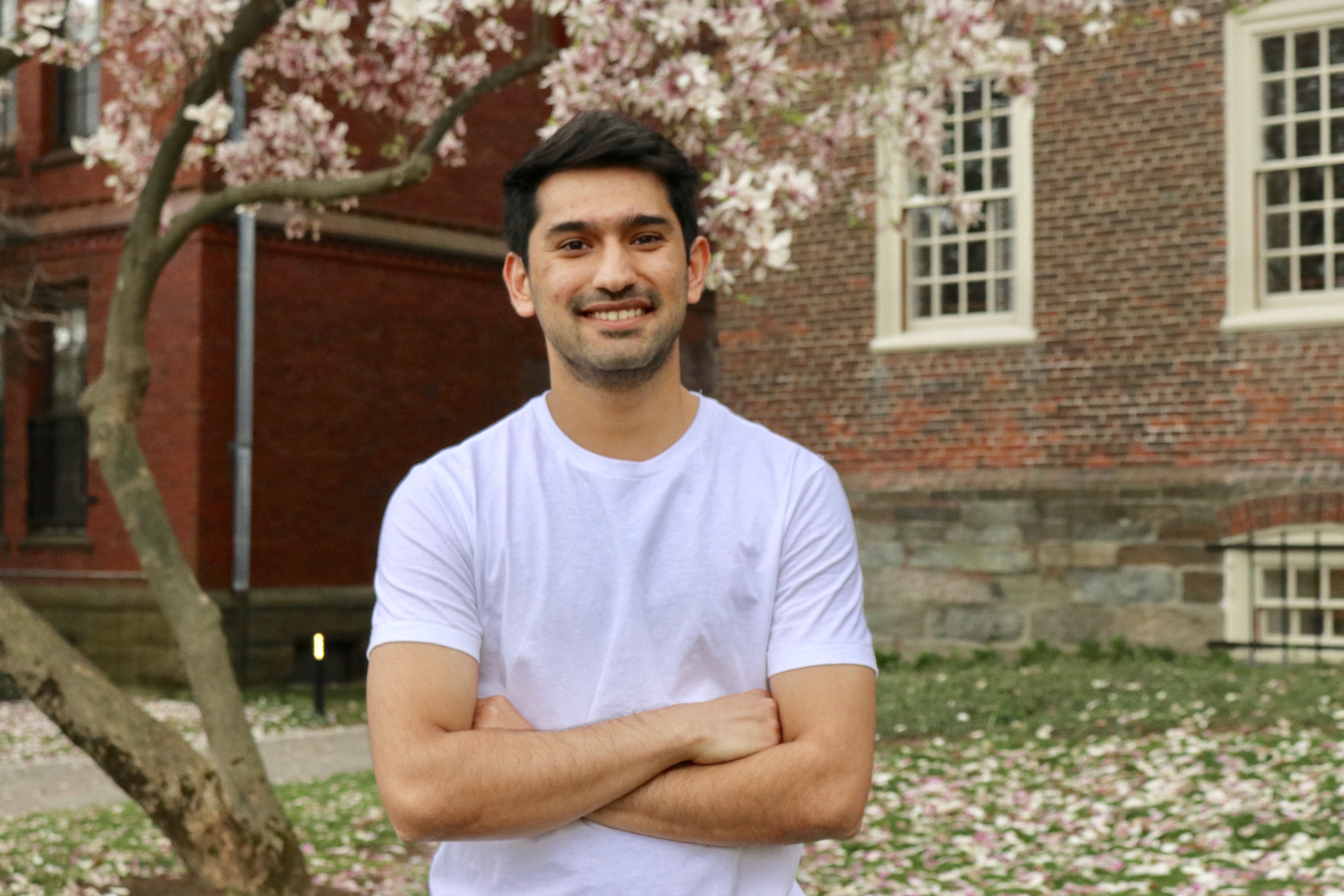 What Languages do you speak?

I’ve been really involved with the International Writers Blog. I joined IWB as an Editor in my freshman year and then became Editor-in-Chief in my sophomore year, staying on with the blog for two more years. This year I’ve been a Senior Advisor for the blog. Other than that, I was also a Minority Peer Counselor in my sophomore year. My major accomplishments with this program were two workshops that I conducted on the topics of Islamophobia and Sexism. Other than that, I also play intramural soccer every semester. I’ve also been a part of the Pakistani Students Association at Brown, and I was leading the group this year.

I think, growing up in Pakistan, you have this perception that life in the US, and especially college life, is amazing. All of the movies that you watch and all the media that you consume in Pakistan are very much from Hollywood. Growing up, this perception of being a college student in the States was very attractive to me. Since the eighth grade I wanted to come to the US to study. The whole liberal arts education and the many opportunities to explore different fields of study and extracurriculars, like theatre and football, all seemed very appealing.

Oh, they have been very different from what I expected! I came here thinking that I’d be partying a lot and going out all the time. In reality, I’ve become much more socially and politically involved throughout my undergraduate experience. Coming to Brown has changed me so much and for the better. Literally, I had a conversation with a friend in freshman year when I didn’t fully know what affirmative action was. From that, to becoming an MPC and then taking the classes that I took that were heavily based on political and social issues, was very important for me and really made me realize a lot of problematic things in this society as well as back home that I had never thought about before.

Speaking of home, what food/dish do you miss the most?

I think that there’s no good Pakistani food place in Providence, so just literally all the food! My favorite dish from back home is Chicken Karahi, which is a chicken and tomato-based dish. I also miss my mom’s Chicken Biryani, which is just amazing. I also think that Pakistani sweet dishes like Kulfi, Gulaab Jamun and Rass Malai, are super underrated here… so yeah, all the food (laughs)!

What is an Americanism that you have picked up?

One Americanism that I picked up would be my accent, which changed very quickly when I got here. Midway during my Brown experience, I tried to put in a conscious effort to revert back to my original accent. But, I definitely slip into my American accent with with my American friends. Similarly, when I’m with my Pakistani friends, my heavy Lahori accent slips back in which I enjoy because I like this connection that I have with home. There’s also just general lingo that I have picked up. For example, I never used phrases like ‘bro’ or ‘what’s up’ back home. I think that’s just a product of communicating with people in the US in general. Another Americanism I’ve picked up… actually never mind, I don’t think I can discuss that on this blog post (laughs)! 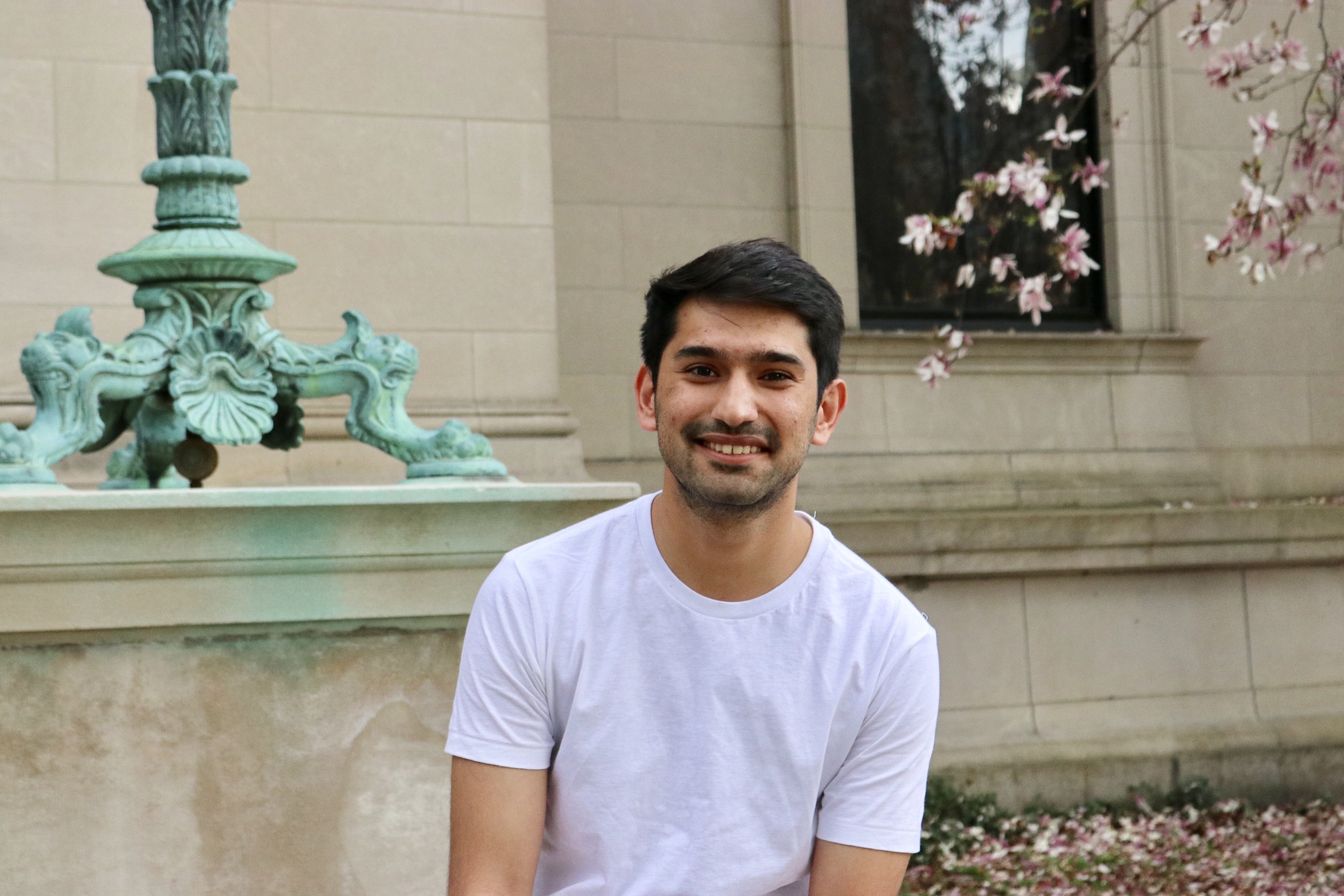 What is something you wish you knew before coming to Brown?

I wish I knew what I wanted to do in life. I think I took too long to figure things out and in all honesty I’m still unsure. Career wise, and even academics wise, I was uncertain.  For example, I picked IR and focused on South Asia. I wish I had focused on a region I didn’t know so well or a language I wasn’t fluent in because I think those acquired skills would have helped a lot. I should have at least thought about these things before coming in. I kind of dove in and didn’t really know what I wanted to do.

How has living here changed the way in which you act/interact at home?

As I’ve said before, I think I have changed so much over these four years. I was very much an oblivious, upper middle class Pakistani boy raised in a household where his mom and dad spoilt him excessively. Now, whenever I go home, I have politically aware and socially conscious conversations with my parents and friends who never saw this side of me. I was always interested in politics but never talked about such topics. I think I have – I don’t want to say much more meaningful conversations because conversations we had before were also meaningful – but now I’ve started engaging in conversations on a sociopolitical level that I deeply enjoy.

I also think I’ve become much more courteous which is a weird thing to say. I think this also ties to American mannerisms and such, which I’ve picked up here and apply back home. For example, I think there’s a very casual/nonchalant attitude towards people who are working for you or in service providing industries back home and my attitude towards them has definitely changed. I also point out to people around me to be respectful and mindful of the experiences of those around me.

What will you miss most about Brown?

I think I’ll miss the ability to bump into people, to text someone in the middle of the night, or to just hang out with friends. Actually, I think the ability to easily walk to friends is what I’m going to miss the most! Most of my best memories here have been when it wasn’t really planned and I ended up in a place with friends where we were just chilling and it was all just so organic. I think those were some of my best moments at Brown. Also, just having people around me that I know, like if I go to Boston or New York, I’ll bump into someone I know or know of. Back home, you won’t really know a lot of people when you’re walking down a street but I love having that here. Some of the big planned events that I’ll miss are spring break and Spring Weekend, which have been some of my best memories at Brown. I’ll definitely miss those.

Some of my favorite spots are coffee shops – Blue state, Coffee Exchange, the Shop and now the infamous Shiru Café. I think all of these spots are very cozy and homey and I love the idea of being able to work there with different people. I’ve honestly spent my four years at Brown just going to different coffee shops with friends.

I do have a favorite building at Brown, which is Sayles Hall. It was the first building I entered when I came to Brown for TWTP pre-registration. I was overwhelmed by how excitedly everyone greeted me. That feeling of being so warmly welcomed is something I won’t ever forget. 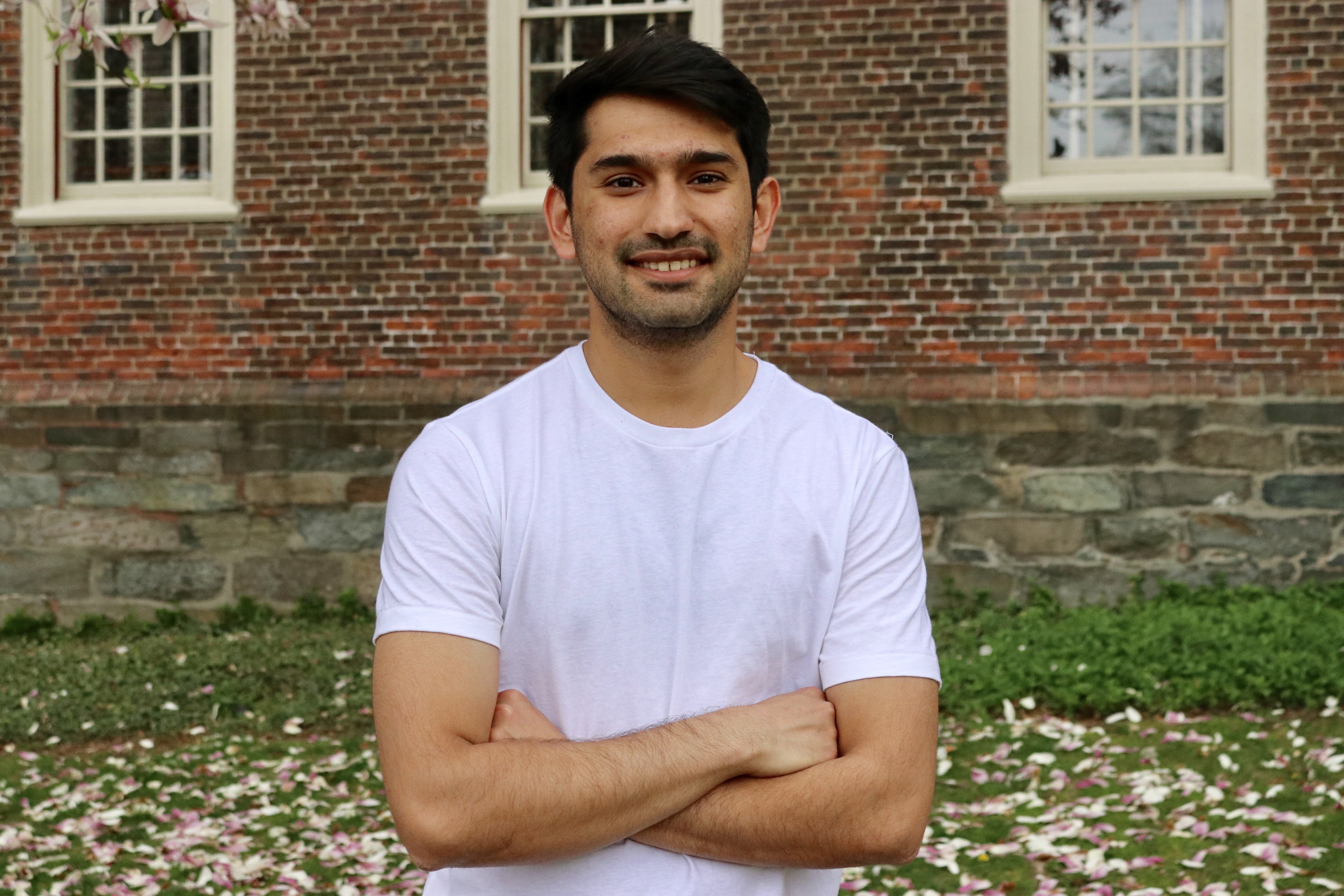 I actually have two favorite classes. One would be Mande, a West African dance class in the TAPS department. It was super fun, and was very much based on your dance families. I also made some amazing friends and one of my closest friends at Brown is from that class. I also performed on the Ruth Simmons Quad for my final project, which was a lot of fun.

The other one would be ‘Economy Diplomacy and Influence‘ taught by Richard Boucher in the IR department. I actually did my final capstone on it. I wrote a policy recommendation to ISIS on how to develop and reconstruct their missions in Pakistan and Afghanistan. It was a very different type of paper that I wrote and was essentially a political analysis from the ISIS perspective.

I was hooked on the banana nut muffin. I loved it in freshman year and I haven’t had it in a while, actually. I should eat that before I graduate.