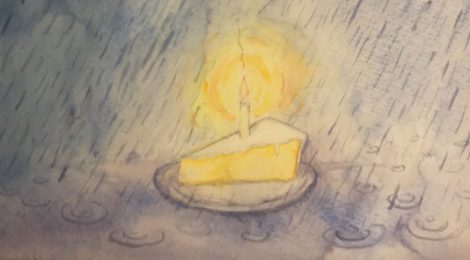 The day I turned 9, it was pouring incessantly in Hyderabad and the power was out most of the night. Birthdays always fascinated me as a child and my birthday in particular was the one event I looked forward to all year long. I remember blowing out the candles on my birthday cake in the dark, celebrating it with my friends and family and wondering, why did it have to rain on my day.

Hailing from the Northern part of India, but growing up in the South, gave me the opportunity of seeing things from two differing perspectives. It was easier, then, to see people getting along with each other despite the stark differences in personalities, languages, customs and values. Not only did it play a huge role in developing my love for languages, but also helped me expand on my base values. I have grown to love idli-dosa (fermented rice cakes and crepes, a common breakfast in South India) as much as I love chole bhature (fried bread with chickpea curry, commonly found street food in North India).

My father’s profession, civil services, enabled me to interact with families from different corners of India. Additionally, my family’s common love for travelling resulted in summer vacations spent covering most of India, which exposed me to the distinct lifestyles. This helped me better acclimate to the varying environments I encountered as part of my education. At my school as well, the wide range of differences among cultures were not only accepted but celebrated as well. State specific festivals (like state/culture-specific New Year’s celebrations which are different from New Year’s Eve celebrated all over the world) were celebrated with the same fervour and enthusiasm as religious festivals like Diwali for Hindus and Christmas for Christians. I remember singing shlokas (Hindu songs that praise God) for the festivals and reciting ‘Jingle bells’ for Christmas. Malayalis celebrate Onam (Kerala harvest festival), which is said to mark the arrival of King Mahabali, by decorating the front portion of their houses with beautiful and elaborate floral arrangements, boat races and extensive Kerala cuisine known as Onam Sadya, to name a few. Harvest season is celebrated widely across India as Sankranti in many states,  Baisakhi and Lohri in Punjab, Bihu in North-eastern states and Pongal in Tamil Nadu. Sankranti specifically involves flying kites from one’s terrace, making newly harvested rice in both sweet and savoury forms, in a pot over a clay stove, decorating cows with ornaments and colours in villages and having a good time with family and society. I will always be grateful for having been given the opportunity to experience different cultural and religious traditions during my formative years.

But as I got older and observed how society and the world works, it was clear that not everyone felt the same. It was interesting to see the slight shift in my perception of the world and people. While there were people in my life who I resonated with, there were many others who did not share the same views. There were some who were either too reluctant to be inclusive or were genuinely interested in being so but weren’t because they did not want to betray what they grew up believing. Whether this was in the form of the subtle but obvious jab at my native state (Bihar) or being genuinely surprised that I did not fit into the stereotypes Biharis are known for. Illiteracy, writing UPSC exams, having a very specific accent, widespread kidnapping and murders, knowing Bhojpuri language, listening to Bhojpuri songs and watching Bhojpuri movies cover just some of the stereotypes we are labelled with. There were multiple occasions where my friends couldn’t believe that I was from Bihar because of my English speaking skills. While people migrate all over the country in search for work, there have been instances of violence directed specifically towards Biharis which resulted in death in certain cases as well.

While some of the stereotypes may be true, there are many others that are not true. Yes, there are a lot of UPSC aspirants from Bihar, but there are many who pass one of the toughest exams in the country. And although, Bihar has had a dark phase in the 2000’s, it has seen progress under the new administration and has a rich history in terms of art and religion. Large number of students flocked to the famous Nalanda institute to gain the best of education and life skills. Gautama Buddha, the founder of Buddhism, is said to have gained enlightenment at Bodh Gaya which lies in Bihar.

More than anger, there was always confusion in my mind. I never understood why it was easier to continue to dwell on the differences instead of embracing them. It was only much later that I realised that certain issues like casteism, religion and state-based differences are intricately entwined into our society and it is not something that can change overnight. Religious differences on their own have led to many communal riots throughout the country. And when casteism is added to the mix, it acts as fuel to the fire. In ancient times, the society was divided into four castes in India based on their profession: Brahmins were associated with priests in temples and teachers, Kshatriyas took up jobs in the army and were associated with protector/warrior roles, Vaishyas were merchants and Shudras were the lowest in the hierarchy. Additionally, there are Dalits who were deemed untouchable based on their profession which involved cleaning of sewers or handling dead bodies. While the distinction was more clearer in earlier times, that is not the case anymore. Yet, the caste system still persists leading to riots in some cities and national universities and honour killings in other cities. All these complex systems, while impossible to abolish, can be adapted to suit the current circumstances. And while each of these issues do not have clear boundaries and are highly intertwined, some boundaries can be set down in order to treat them as separate entities and not further the divide among people.

There are so many characteristics of each place I grew up in which have become a part of me somehow. Tantalizing smells of spicy Indian street food, watching families bask in the sun on weekends at Necklace road, the anticipation of riding the ferris wheel at local fairs and the sounds of air hockey, bowling and other arcade games at malls come to mind when I think of my childhood days in Hyderabad. Four years of sweltering heat of Thirumalaisamudram, the sound of the school bell, the serene temple among all the chaos, extensive Tamilian cuisine, attending cultural fests and laughing nonchalantly with friends on the hostel lawns cover just some of the experiences that were a regular part of my undergraduate days. It is not just the memories and the sights and smells I carry along with me but it’s the very essence of each place. Every time I get to move to a new place and soak up the culture and surroundings, it fills me with excitement. But at the same time it creates a profound sadness deep within my soul for leaving that place. It feels like I’m being torn out from one womb and put into another.

It is ironic that while the places continue to remain the same, the circumstances have taken a 180 degree shift. The same people who were very cordial and celebrated our differences growing up, now use these differences as a crutch to justify their entrenched anger and hatred. It does not help in any way that the governments we continue to elect use this anger as their party anthem and further the divide between people.

Having spent most of my life in India, it was initially surprising how quickly I got accustomed to the United States. Despite the crippling sense of homesickness, it was a relief that I could be at a place where I could completely be myself and not be judged for a change. But as days passed by and the political environment changed in both the countries, it has brought out an identity and existential crisis within me. Religion and politics make a heady cocktail that has been fed to citizens since time immemorial. It is even more difficult to separate out the church and the state in a secular country like India. This has resulted in the mindless spreading of patriotism and Hindutva ideologies in recent years. Whether in the form of making it mandatory to play the national anthem in theatres or adding fuel to the history of communal riots that the nation has been seeing since decades, the current Indian government has used patriotism as an excuse for subtly brainwashing people into extreme right wing policies.

While I’m glad to have the opportunity to explore and observe these two different worlds, it is hard to come to terms with the fact that my very identity is split among them. I don’t know where I feel more in my skin, because whenever I go to my other home, it makes me feel more out of place than before. It is even harder for me to disassociate the good parts I saw growing up from the despair, hopelessness and hatred I see in the world right now. It always puzzles me why, especially when I see so many instances of people getting along with each other and genuinely showing love on an individual basis, it so hard to replicate the same behavior on a national or a global level. It is even more baffling that when hatred takes so much out of a person’s energy and time and the alternative, love and acceptance, is much simpler and more satisfying to the soul, there continues to be so much hatred in the world. The cycle of hatred and violence needs to be broken. Live, and let live. Love, and let love. 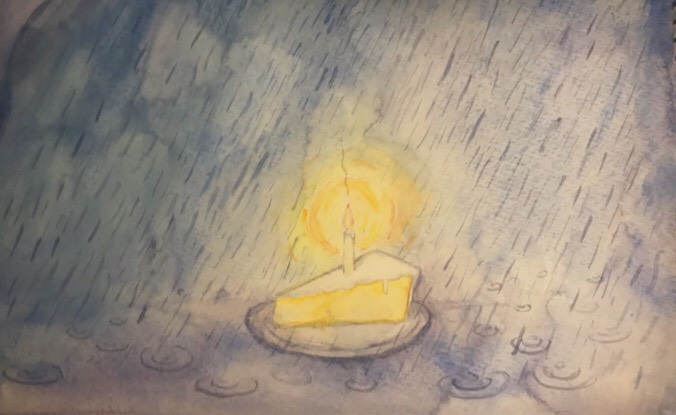