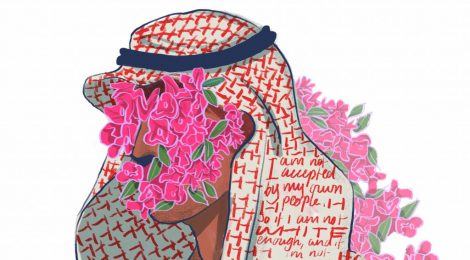 A (Not so Quite) Fitting Mold

“I am not accepted by my own people. So if I am not white enough,  and if I’m not black enough, and if I’m not man enough, then tell me – what am I?”

I never really was much of a film person; in the rare occasion that I found myself movie theater hopping or watching a movie with friends, I was often distracted, with my attention only getting back to whatever I am watching during very particular scenes. That, too, was very much the case when I had impulsively decided to purchase a ticket for Peter Farrelly’s Green Book; I strolled into that movie theater with the simple intention of merely escaping from some of my own responsibilities, and used the movie as a sort of white noise. And for the majority of it, I was, in a sense, doing just that: staring idly, enjoying the brilliant cinematography and production but from afar. That is, until Dr. Don Shirley – a black pianist and composer touring the midwest in the early 1960s, and arguably the central character of the film – is forced to grapple with a melancholic reality that remained mostly unspoken – yet ever-present – throughout the entirety of the film: his sense of isolation and mere inability to belong to any one group.

It was then and there that I was immediately pulled back to the film after realizing that this scene had poignantly captured an issue that I have struggled with for as long as I could remember. Dr. Shirley’s bitter exasperation about feeling like an odd entity in this binary world of machismo was the equivalent of a harsh mirror forcing me to look at a festering wound that I had the audacity to ignore when it had been looking straight at me.

I grew up with the Hijazi Arabic dialect of Saudi Arabia resting comfortably on my tongue, with a ghutra perched perfectly on top of my white, gleaming, keffiyeh hat. But at the same time, I had also come of age with the words Khal, Abd, “not man enough”, and other rancorous word bullets being incessantly thrown at me from every direction. With my family, I would be viewed as nothing but Arab, whereas with others, I often found myself being viewed through a lens that only screamed the words black, tarsh bahar (vomit of the sea, outsider, a person that does not belong). I was running in endless circles that had left me as nothing but confused, ashamed, and filled to the brim with desire to just know what definition I was expected to conform to – it seemed almost as if I was required to play entirely different roles across the same stage. And it did not take much time for this inherently perplexing dichotomy of identities to lay its roots within me; soon enough, this act of navigating being both arab and black across different spaces would oddly enough slowly permeate to my comfort zone to become something that is more of a necessity than a commodity. Staying afloat in the ever-turbulent waters of navigating identity would become something that is of second nature to me; but nevertheless, it is only logical for one to slowly succumb to exhaustion if they were to incessantly be in those waters.

Perhaps it was my family placing this black part of its identity in a ‘blindspot’ that exacerbates my feelings towards all of this. It embeds within me the dangerous idea that there is this expectation to be nothing but perfectly arab; that if I were to ever be perceived as nothing but, then ultimately, I have committed some sort of mistake somewhere along the way. But I – unlike my siblings and other members of my extended family – am nothing close to being good at this game of putting on an act; it is something that I have grown tired of in an unsurprisingly short amount of time. And now, when people throw vitriolic words about my race in my direction, expecting me to deny that I am nothing but Arab, I find myself breaking the incessant cycle that I was previously entrapped in by confronting their insults. Unsurprisingly, enduring all of those endless jibes had eventually culminated in an ever growing exhaustion with what everyone thought that I ‘was’. Others’ concern for me because I did not fit into the masculine narratives that are often perpetuated in stereotypes of black and arab men slowly lost magnitude over time.

And as perplexing as this may sound, but it took me a while to reach the very simple conclusion that my own identity is something sacred; that is it not something to be tainted with what others think of me, and that it is an aspect of me that is shaped by own struggles and by the colorful yet confusing amalgam that is my experiences and my family’s history. I cannot deny that I still often find myself staring blankly at my reflection in the mirror every once in a while, wondering if I am ‘enough’ of anything that I identify as – whether that be arab, black, or simply a man. And I am still often guilty of viewing myself through a binary lens that forces me to think of myself as either one thing or the other. But now, I at least know for sure that I – and only I – should be the one to decide what I see in that reflection, and that I am under no obligation to ever follow the nonsensical blueprints that others have for so long expected me to follow.