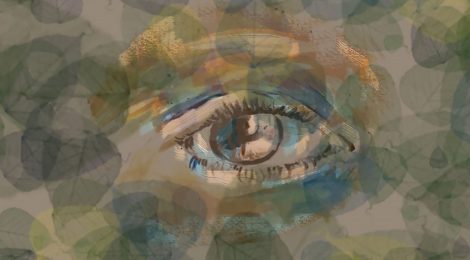 Something Forgotten by Us

As human beings, we often have many worries and anxieties that trouble us in our mundane lives. As a 20-year-old college student, during a time that marked the transition from student to independent adulthood, I was embroiled in a whirlwind of various problems that needed to be tackled. However, in the summer of my freshman year, when I studied abroad in Dublin as a part of the Brown Summer Program, a special encounter reminded me of something that I had forgotten. This eventually brought me a new lens to look at the problems in life. That special experience was my encounter with nature and reconnection with the ordinary place where all lives began.

My days in Dublin began in early June. I spent half of the weekdays studying at Trinity college, and the other half doing an internship. Together stresses from school work, fatigue from the internship, the loneliness of being in a foreign land, and family matters contributed to a nameless sense of anxiety and restlessness. One weekend, to relieve my stress a little bit, I decided to go on a day trip to a place called Newgrange.

Though officially the summer time in Ireland, the weather never got too hot. The days were generally around 17 degrees Celsius, adding a tinge of chilliness to Dublin’s summer. After roughly 15 minutes of driving, the scenery outside my window suddenly shifted from the city views to vast landscapes with sparse marks of human intervention. I remembered what my host once advised me, “The city of Dublin is quite small. You should go drive outside it to see the landscape and you will be shocked to see how green everywhere is.” Looking outside the window, though the things outside window were shifting and rapidly changing every second as my car drove ahead, the views of the vast landscape stayed unchanging. The sun rays softly touched the growing grass, highlighting its vivid green color, signaling to us the arrival of the prime time of summer. The giant prehistoric monument of Newgrange quietly posited itself on the vast landscape of greenness. After decades of rain and sunshine, the human crafted carvings on the stone were slowly eroded, leaving this creation standing harmoniously on the soil and grass. As I stepped outside the car, the slightly chilly summer breeze, combined with smells of freshly grown grass, gently caressed my skin. Unlike the feeling of walking on asphalt roads in the city, my foot sank a little bit into the moist, muddy road as I walked. The green carpet of grass extensively grew itself towards the end of horizon, and bowed itself rhythmically with a small blow of wind. The scenery before my eye was nothing spectacular, but contained in itself a peaceful, yet powerful sense of energy, an energy of nature and livelihood.

That moment, I realized how trivial my troubles and problems were compared to the vastness of all-encompassing nature. The peaceful scenery brimming with life is the best gift bestowed to everyone of us. This natural scene stands in stark contrast to the urban environment in which I was born in: in Beijing, the hustling street, flashing traffic light, and soaring skyscrapers are a normalty. For many people, like me, who were born and raised in the city, our concerns and visions are constrained by the city itself and all the stresses and human relationships in the city. We are constantly bothered by our roles and duties in the man-made concrete jungle, but never take a second to appreciate the serenity in nature, and more importantly, our relationship with nature. We eat, study, work, make love, establish a family, but more importantly, just like all the other animals, we are born in the nature, and after we die, we return back into the form of soil and grass again. Every time when we are bogged down by the troubles in our lives, if we step outside the city into the vast nature, we can reconnect ourselves with the place that we really belong and remind ourselves of the treasurable things that are worth our appreciation.

The day-trip was brief and passed in a glimpse. I soon had to go back to the city again, but the realization I had during my encounter with nature outside the city was imprinted forever in my memory.