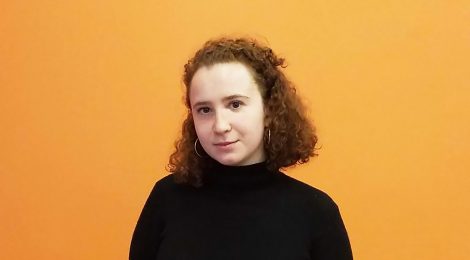 As graduation approaches, Sarah Leser sat down with Anh-Lise ’21 to reminisce about her four years at Brown. Sarah grew up in an international school in Paris, France, and speaks French, English and Spanish. She is concentrating in International Relations in the political economy track. In her interview, she confides why she chose Brown, how her choice helped her grow, become engaged in social justice and why she chose to study abroad in Argentina. Read the article to discover Sarah’s insights!

Where do you call home?

Home is Paris, because that’s where my family is, and that’s where I grew up. But I also consider Brown to be home – although not for very much longer!

What do you miss most from home?

It varied throughout my years at Brown. The first year was more about food, and Paris – the city is what I missed the most at the beginning. The beauty of Paris, just the fact of existing in that place! Now, what I miss most are cultural aspects, the way people interact with each other. I miss the French mentality and their interests that Americans don’t necessarily share.

Why did you choose to come study in the U.S.?

My mom, who is from New York, wanted me to have a liberal arts higher education and go to school in the U.S., and I always agreed. She also went to Brown and always spoke fondly of her years here. I remember thinking the concept of an American university campus was really cool! But of course, she left me the choice. During my last years of high school, I considered different possibilities, but it just seemed that everything that I wanted – mainly being able to explore different options, experience campus life and leave behind everything that was familiar to me –  was only possible here (in the U.S. and at Brown) and not anywhere else.

Why did you choose Brown?

I was trying to sleep, and I was hesitating about which school I should apply to for early decision, and then suddenly I just had a gut feeling that it should be Brown. I had tried doing checklists, thinking about where I would be happiest, or where I would have more chances of getting in. I went over it a million times in my head, but just then, lying in bed, I knew that I had to apply early decision to Brown! It was kind of an “Aha” moment!

Why did you choose to go study abroad, since you’re technically already abroad at Brown?

I do feel like I’m abroad at Brown, but only in some respects, because I don’t have a language barrier and I was already familiar with American culture. However, studying abroad in Argentina was a completely different experience: the language barrier was challenging, and I was on my own in an environment I really didn’t know. I was attending classes in several different Argentinian schools at the same time, all of which were with local students, in a large city that I hadn’t ever visited before. Studying abroad also gave me the opportunity to travel a lot!

What’s something you wish you knew or did earlier in your time at Brown?

At Brown, the more people you talk to, the more you realize how intelligent the students here are, and that can be destabilizing at times for your confidence. But it’s also very inspiring!

Has your time at Brown changed how you feel or interact at home? How do you think Brown has changed you?

My parents think I have become a social justice warrior and a Marxist (joking)! In France, the social justice dialogue is often only focused around income, but here at Brown, there are more layers to the discussion, such as identity, gender, sexual orientation, or indigenous people’s rights. Now, I’m way more aware of and educated on these topics.

Surveys show that Brown has one of the happiest student bodies, do you agree, disagree? How does that statement make you feel?

I very much agree with that statement, because Brown students are not really competitive with each other, which is not to say that they’re not ambitious. They have very high standards for themselves, but they don’t build their self-value based on others. When I see other people do great things, I’m fueled in some ways to do well too, but I’m not jealous. I’m always happy for them. The fact that professors are very understanding, and that Brown’s system has S/NC and no GPAs also works to nurture that mentality.

Has your college journey been what you expected when you first walked through the Van Wickle gates?

When I walked through the Van Wickle gates, I tried doing so with very few expectations. Of course, I knew that I would enjoy myself and meet many people, but pertaining to academics, I didn’t come here telling myself “I’m going to study this and do that”, although certainly many of my interests already aligned with International relations. Brown was very much a new chapter that I tried to come into with an open mind.