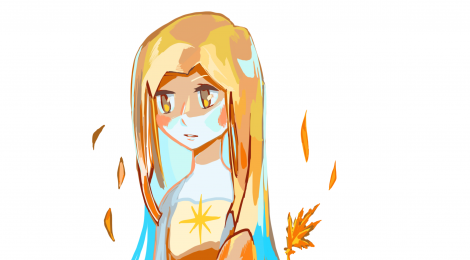 In my time in the States, I’ve done everything from going to Halloween parties at the MOMA, attending fashion shows, and sneaking into high-end parties to things of the simpler varieties, like working in a lab, memorising a subway system and learning how to do quick conversions in my head. However, despite spending four years of my life in the cultural hub that is New York City, I have never tried Pumpkin Spice Lattes (PSL for short), or really any of the Autumn seasonal recipes. I was never introduced to the cult of PSL, and I never knew why there was such an appeal. This is, perhaps, partially due to the fact that I refuse to try popular things, preferring the indie and obscure. However, this year I am determined to try it before it gets taken out of Starbucks or any other major coffee chain for the season.

As a disclaimer, I have eaten pumpkin before, just perhaps not in a Western, American way. For the most part, I’ve had them in a sort of tomato sauce that went with couscous. It was a recipe my mother came up with, since the sweet flavor of pumpkin and is usually masked by the other vegetables it was cooked with. I’m well aware that Pumpkin Spice is not made with actual pumpkin, or at least it wasn’t until 2015. I remember when that story broke everyone was confused. But it’s made from the spices that are used in pumpkin pie. After the outrage, they began adding pumpkin for food coloring, and in my personal opinion, they only use it for color because it does not lend itself very well as a stand-alone flavor.

A quick Google search, tells me that the spices that are used in pumpkin spice are cinnamon, cloves, ginger and nutmeg. These are quite common in Arab foods, especially in the Gulf region, so going into this, I knew it might taste very familiar to me. Cinnamon and cloves are also commonly used in Arabic coffee to give it that edge. Different people, sometimes even in the same neighborhood, prepare arabic coffee very differently. My immediate family just uses cardamom which is usually the tradition in Saudi culture, while my mother’s side of the family occasionally adds cloves. My mother’s side of the family is from India, so adding cloves doesn’t seem far-fetched, considering that’s one of the spices that are used in masala chai.

I was wondering if Pumpkin Spice Latte would be my home away from home, all neatly packaged in a plastic cup for anywhere between four and five US$. I know for a fact that Starbucks is the holy grail for the Pumpkin Spice Latte, but for the sake of science, and the fact that I have too much free time yet paradoxically none at all, and the fact that I need to spice up my morning routine with coffee. Somehow, I’ve made it through my undergrad without developing a caffeine addiction, but it’s never too late to begin one.

My first stop was the Starbucks on Thayer. I went there on October 19, 2019, stepped into the store and ordered a Tall Pumpkin Spice Latte with almond milk instead of regular milk and no whipped cream. I am aware that the Pumpkin syrup that Starbucks has dairy, but I do prefer the taste of almond milk with my coffee. I don’t enjoy whipped cream; so that I wouldn’t judge the coffee taste on that completely, I decided to omit it.

And the outcome? The coffee tasted fine. I can’t really tell it apart from a regular latte. It’s orange in color but that’s all I can really tell that’s different. There might be a certain earthiness to it, but I don’t drink enough coffee to tell if it’s the espresso or flavoring.

Am I drinking it wrong or have I just missed the PSL train and it’s just not what it used to be?

Mildly disappointed in myself, and in the latte, I walk back to my house. I can’t deny that I was frustrated with the fact that I didn’t like it, or at the very least didn’t get caught up in it like most people. Why is it just coffee to me? Were people brainwashed into liking this due to years of marketing campaigns?

My roommate, a very sweet woman from Connecticut, caught me frowning at the Starbucks cup, and asked me “What’s going on?” To which I responded,

I’m telling you, the fact that I didn’t like it is killing me.

She tells me I made a mistake in ordering a pumpkin spice latte from Starbucks because they’re too sweet, too much cream and too much fat from milk.

I respond by telling her my exact order substitutions, and tells told me I made a good effort, however Starbucks in general makes their drinks too sweet. She is the expert here, so I decided to try it again, this time from a different place.

So in less than twenty-four hours, I decided to go to Dunkin’s for another Pumpkin Spice Latte. Dunkin doesn’t have a PSL per say, but they do make a latte with a Pumpkin shot, which is close enough, really.

I get the latte and I am consumed with anxiety, knowing that Dunkin’s wasn’t really made for people who want to enjoy coffee, but those who have three midterms in the next forty-eight hours and are content with drinking a liter of dirt to keep them awake. I say this as someone who’s pulled multiple all-nighters due to the 24-hour Dunkin across the street from my loft. My sister will tell you the same: she’s done it too. The point was and is, I was terrified of not liking this drink too.  I want to be involved in at least one item with a cult following, and I’ll be damned if it ends up being Cross-Fit.

So, I take a seat at one of the counters, and ready myself. This time I get my coffee iced because these days you have to specify that you want your latte warm, but I suppose this is how most people drink their PSL’s today. (The lovely barista at Starbucks also asked me if I wanted mine iced, but I corrected her because it was really cold that day.) As much as I am the one for scientific experimentation, I didn’t think that the temperature of my drink would be a factor. So I sat there, and then it happened again: I was disappointed by the drink.

It tasted fine, and I did prefer its sweetness to the overt-faux-flavoring of Starbucks, but it was still something I couldn’t get behind and rally for.  There is a single piece that I was missing to understand this phenomena, and I found it in a conversation I had with my roommate when we first moved in together.

You see, unlike most sane people, I decided to not check who I was renting the house I currently live in with. I like the sense of adventure that comes from the unknown, so I moved in with three Americans who knew nothing about me, but were compatible enough with me that they could stand me. To me they were foreign. I lived by myself before that, and then with an Arab, so they were something I was never truly familiar with. So obviously, the first conversation I had with my roommate was to ask her about pumpkins and sweet potatoes, since she was making dinner.

She had pumpkin pie every year, and she loved holidays such as Thanksgiving and Christmas, which were filled with pumpkin spice. She had memories related to pumpkin spice, and that’s why she had a great love for it and gave me multiple suggestions on where I should get my latte from. She wanted me to share the same feelings that she did when she had Pumpkin Spice Cheerios or a slice of pie.

I like the sense of adventure that comes from the unknown, so I moved in with three Americans who knew nothing about me, but were compatible enough with me that they could stand me.

The thing is, I was lacking the nostalgia of pumpkin spice due to being born in the Middle East. Everyone who I’ve met who greatly enjoys pumpkin spice lattes had some sort of fondness for Thanksgiving and/or Christmas. The coffees that I did try were probably just that, good coffee, but nostalgia is a dirty liar and an awful hype man.

I wasn’t wearing the foggy glasses of nostalgia while trying PSLs. I was going in blind. No association with it but news articles about white girls in UGGs and denim shorts. People weren’t going crazy over pumpkin spice because it was so good, it was because their subconscious associated it with their childhood, and good memories with their family. They do say that smell is the strongest sense linked to memory, and food heavily realize on smell rather than taste. There is a reason why we celebrate food.

Realizing that put into perspective how many things I enjoy eating. For example, canned ravioli and my best friend’s gross frat pasta are more associated with the good memory than the fact that they taste good. Also probably because on some level I’m addicted to the additives inside those foods. Eating canned ravioli reminds me of a time in my undergrad where my friend ordered some from Target, but there was one can that was sent in a separate box. It makes me laugh every time I think about it, and I smile every time I pull out a can of Chef Boyradee from my cabinet. The gross frat pasta my friend makes is made out of salsa, canned cheese, hot dogs and beef bacon, and he made it for me after I got an eviction notice from my apartment building. It’s comforting. Really gross, but comforting. Whenever I visit him in New York he makes some to make me feel at home and forget about my program for a little while, and I remember just how good being with my friends is. Food is a language of love, connection, and warmth, and it has so many senses associated with it, it is hard to forget sometimes that something really doesn’t taste that great, it’s just a memory. That doesn’t make it any less important to us, though.

I’m still not going to lie, and say I enjoyed Pumpkin Spice Lattes. I think they’re fine still, but the fact that I’ve thought so hard about them and why people enjoy them makes me a little more appreciative of them. I did spend three weeks of my life just thinking about the philosophy of pumpkin spice till it haunted my dreams, because I take all the experiments I do seriously, so now I have a deeper understanding of not only PSL, but also perhaps of myself and why food is a love language for so many people.

Since now I have forged a memory with Pumpkin Spice through this self reflecting, I think I’ll like it a little more next time I drink it. I might even smile while doing so.