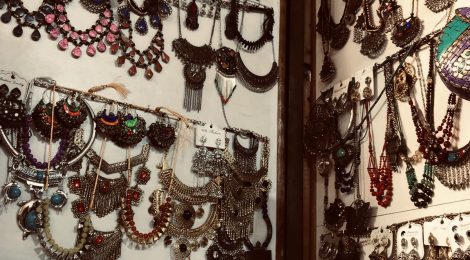 When she returned “home” after exactly two weeks, there were two things had to be thrown out: two tray fulls of biryani (which you could see) and her heart (which you could not.) Of course, she had to be the one doing all of this, right? The things she had created, the food (which was made to be consumed) and her hope (which was not), must be destroyed by her hands. If she actually cared about Hinduism, she would know that this made sense; the goddess who rules over creation also rules over destruction, Jai Maa Kali! But the Goddess Mother Kali would not receive praises from her lips, because there are two things she Hates with a capital H: Her Husband and Hinduism. If only she paid attention to her mother’s stories before they burned her on the pyre. Then she would know, that some believe that the sweet, gentle goddess Parvati, the perfect, devoted, loving wife of the god Shiva becomes the terrifying, powerful, angry goddess of destruction, creation, and time, Kali. But what it took to transform from Parvati into Kali— from loving wife into force of destruction— she knew not. Yet, as two whole trays of rotting rice and chicken glared at her from the open trash can, she had a feeling she would know soon.

Her Husband slouches into the room.

“Why didn’t you eat the biryani?”

“I almost missed my mother’s funeral.”

He shrugs and slinks away.

To the empty air, to herself, and perhaps to Mother Kali, Herself, she says,

This was the third thing that she had to throw out: herself. She did everything her mother asked of her, she made herself into the perfect, devoted, loving wife— but now her mother is ashes. Ashes cannot have wishes. Ashes cannot have hope. But she can, she finally can. She created herself and she will destroy herself. But, not like before. She will not rot slowly into nothingness like unwanted, unloved, uneaten rice and chicken. She will destroy Herself only to create Herself again.

When her husband finally drags himself to work, she drags out all the things that had laid unused for years: her wedding jewelry, her degree, and her hope.

She almost leaves. But she can’t.

Not without taking all the biryani from the trash and carefully layering it on their bed.

With every grain of rice on the bed they were supposed to share, she can feel Mother Kali thanking her for sharing in Her work. Creation, destruction, creation.

← The Charmspeaker
An ode to hijaz →