The first proposal called for an attractive urban square one block north of Roger Williams National Memorial. On the site of an existing traffic triangle between Canal and North Main Streets, RIBHS proposed the creation of informational plaques, a path, trees, and benches that would create an attractive, accessible space for remembering. The memorial that was built as a result consists of a single plaque on a traffic triangle that is all but hidden, with none of the accessibility improvements the proposal suggested implemented in the final memorial. Meanwhile, a second plaque commemorating the Snow Town riots was installed on the north end of Roger Williams National Memorial (image below). 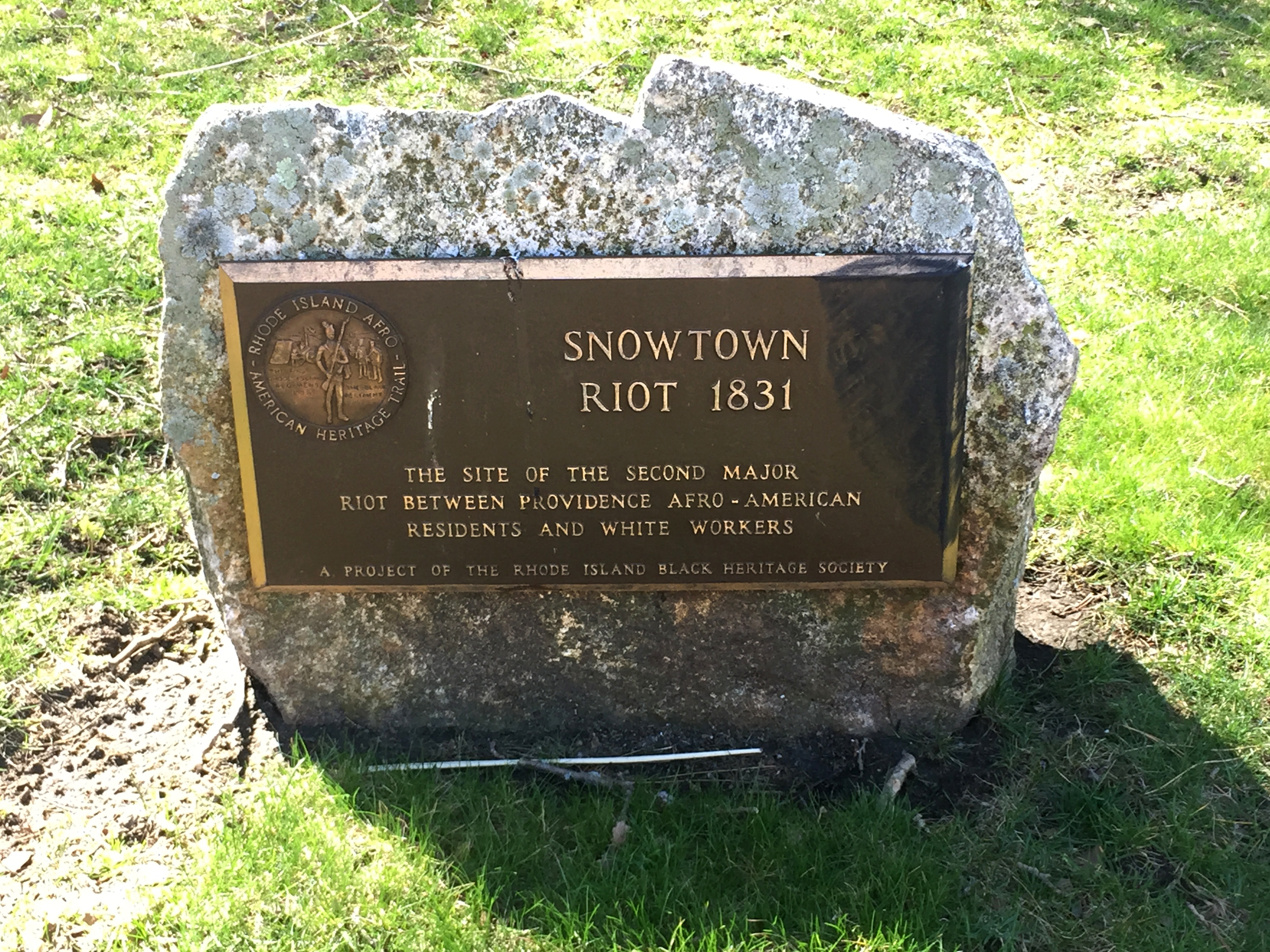 In response, the 2016 proposal calls for the simple transfer of the Hard Scrabble plaque from the inaccessible traffic triangle to a site adjacent to the Snow Town plaque. While this will allow visitors to see both plaques easily, their impact as small footnotes within the larger memorial is uncertain. Their small size and placement along the park’s far edge signify the location of the Hard Scrabble-Snow Town history on the periphery of city memory.

Previous: Contemporary Use   |   Next: Demolition & Amnesia