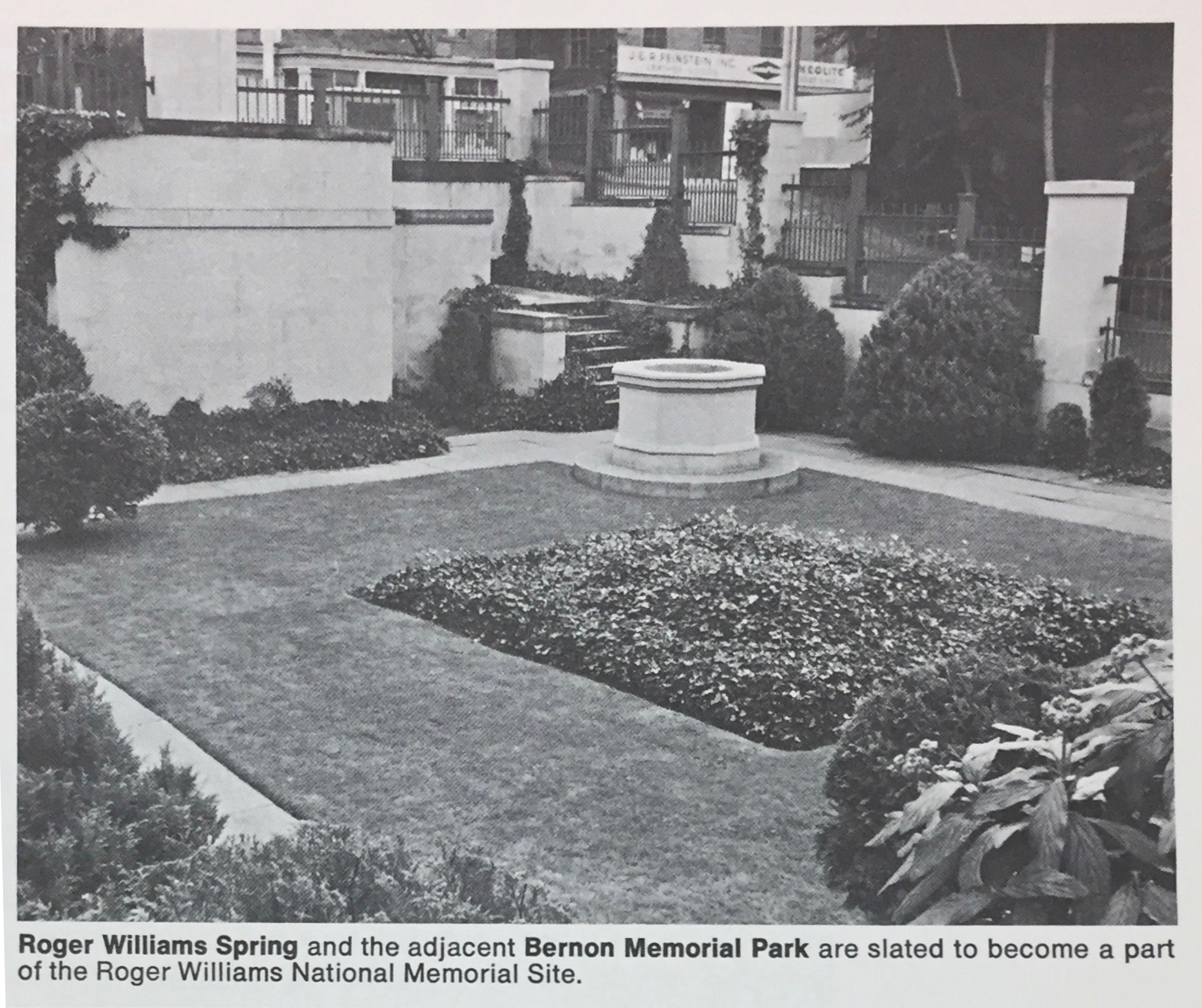 At the time of Providence’s founding, the first residents relied on a small freshwater spring that became known as Roger Williams Spring. In the early 1930s, local architect Norman Isham designed an octagonal limestone well that symbolizes the source of the spring. He placed this within a memorial to Isaac Hahn, the first person of the Jewish faith to be elected to public office in Providence, a testament to Roger Williams’ commitment to religious freedom.[1] This preexisting memorial and its symbolic location were critical in choosing the larger site as the location for the new Roger Williams National Memorial, and both the well and the Hahn Memorial stand inside the park to the present day. 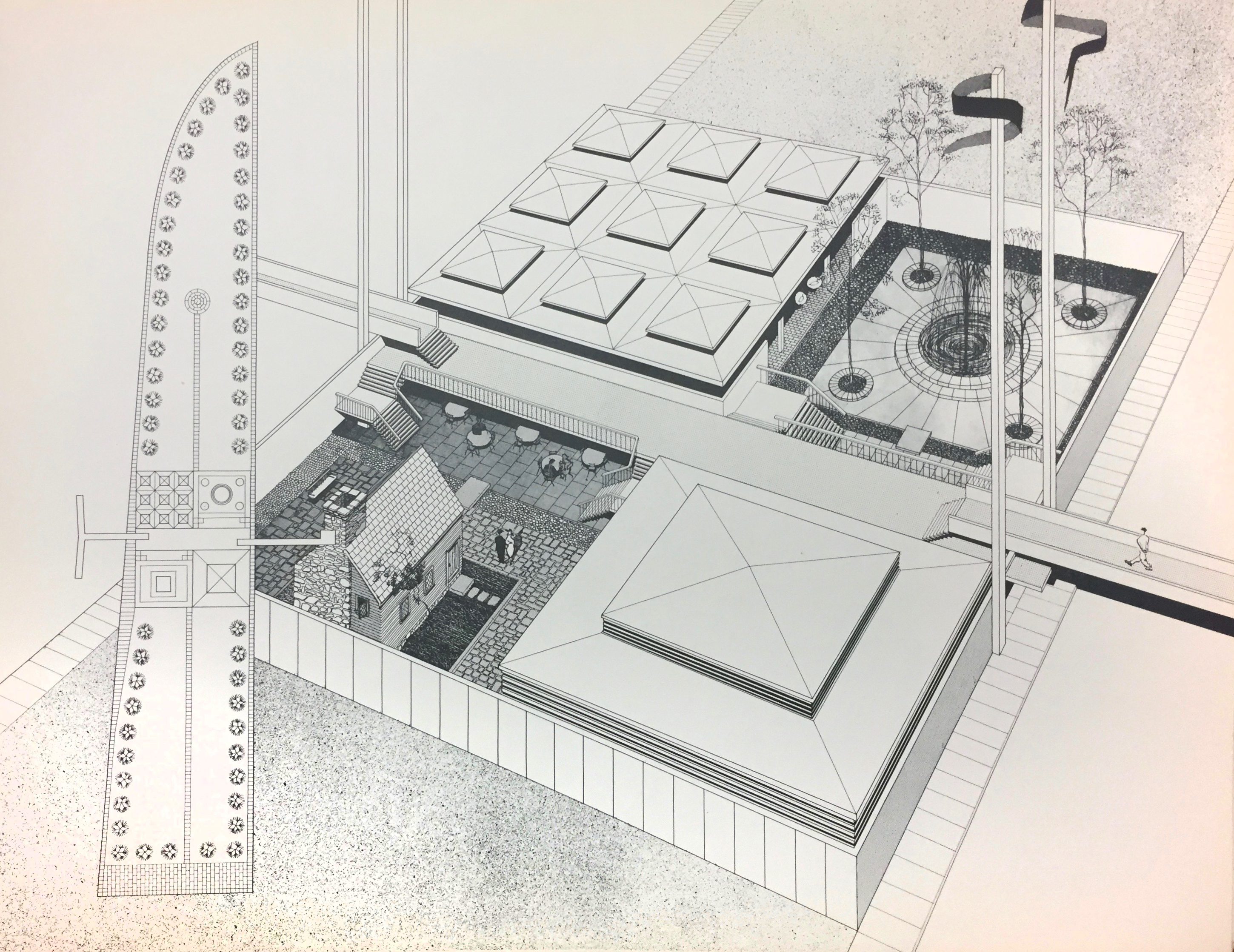 Original plans for the site, which appeared in College Hill: A Demonstration Study of Historic Area Renewal, called for a long, linear park that would stretch from Meeting Street to Smith Street between Canal Street and North Main Street. [2] Near the center, a sunken square plan was proposed (above) that included an access way from the streets on both sides, open courtyards, and a single-story visitors center. A long path extended Northward to the site of Isham’s well. 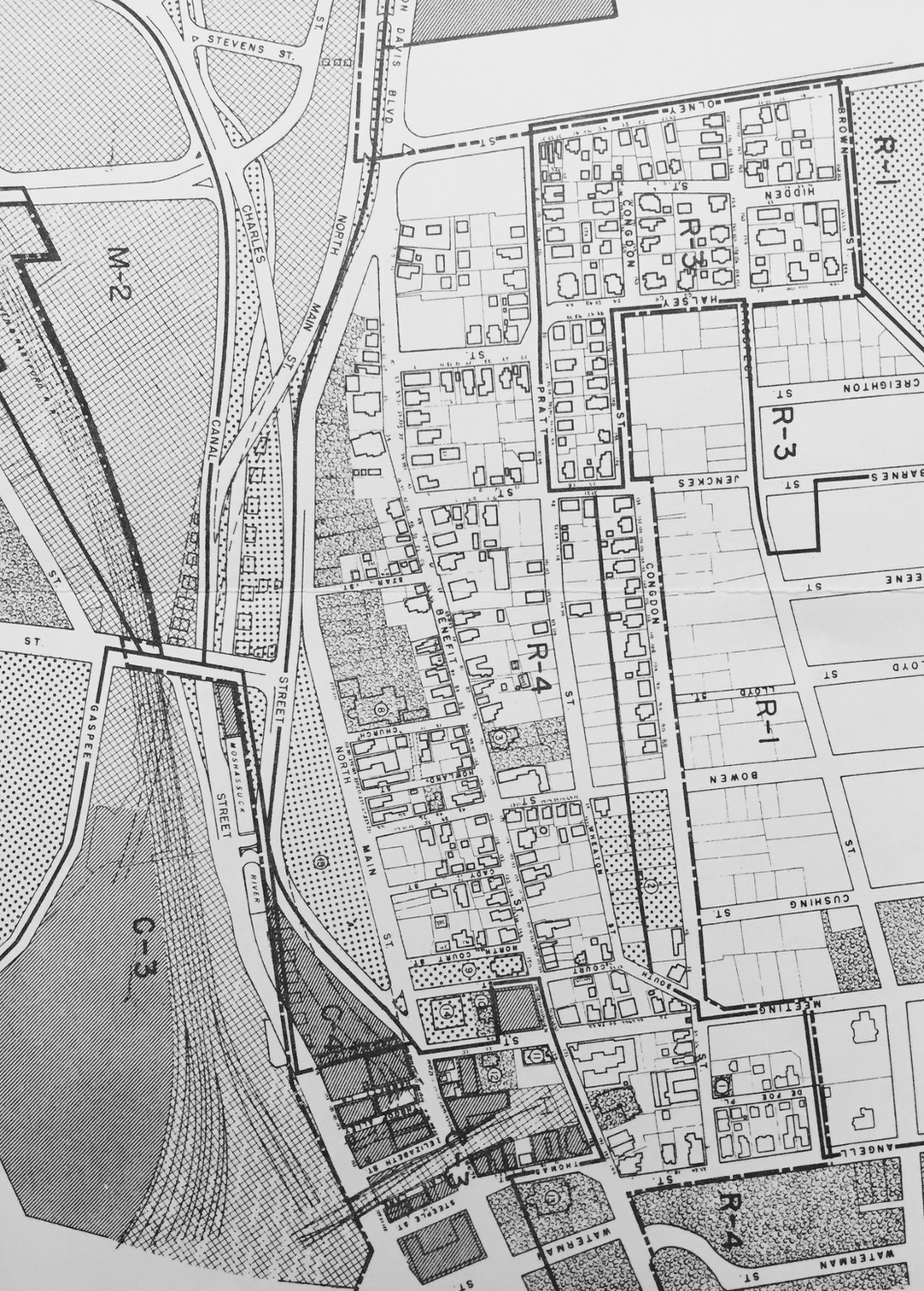 This plan went through multiple iterations, however, with much of the final construction undertaken by the National Parks Service. An alternate plan appeared in the 1965 East Side Renewal Project: Protective Controls report published by the Providence Redevelopment Agency. In this plan, much of the current parkland would have been covered by a street that would have branched off of North Main at two locations and provided access to both Canal Street and Smith Street. What was left (above) would have been a small, sliver-shaped park without any of Isham’s original memorial.[3]

The final design was executed by Veri Waterman Associates, a Rhode Island-based firm that carried out the design of the memorial in the 1970s. Unlike previous speculative proposals, the Veri Waterman design capitalized on the historic value of the local Antram Gray House, transforming that structure into a visitor center instead of advocating for new construction, and attempted to create a natural, rolling landscape in the remainder of the park (plan below). [4] 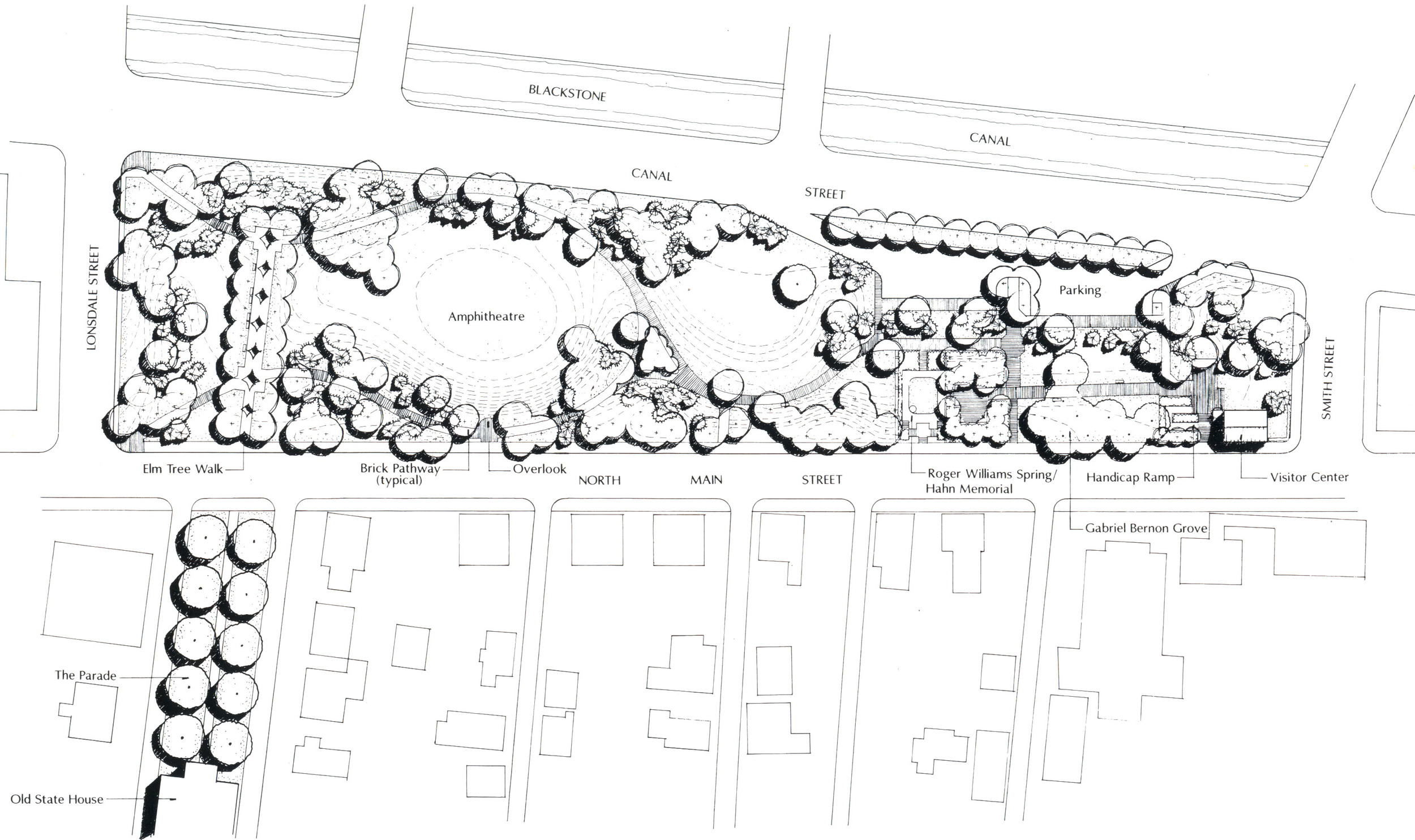 Previous: The Memorial   |   Next: Contemporary Use