Symbolic meaning of the site aside, the demolition of the memorial site was dependent on the valuation of the neighborhood as no longer valuable to the city.  Urban planning language, maps of the area, and the city’s House Directories all tell contrary narratives. Throughout the city’s College Hill: A Demonstration Study of Historic Area Renewal, area to demolished was deemed unworthy of saving, often referred to as a slum.[1] The study applied this characterization to the memorial site, and also claimed that the area was mostly industrial. Without many residents, the neighborhood could easily be demolished. 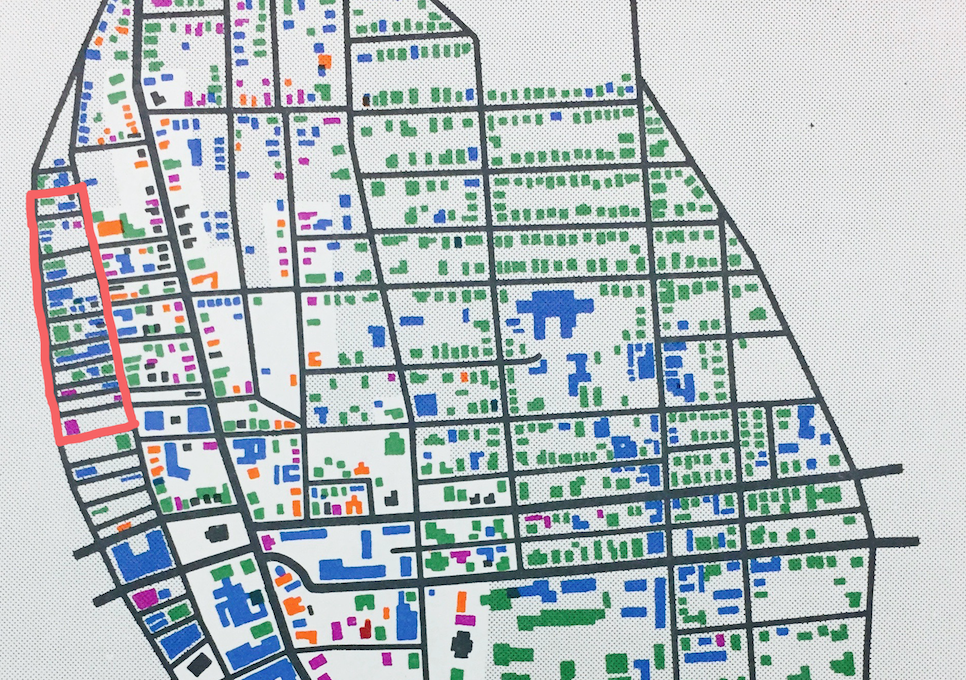 However, a map of the area included in the study that denotes the ages of buildings on the East Side shows a huge mix of structures on the site that was demolished (outlined above). Providence’s annually published House Directory and Family Address Book – a precursor the a phonebook – also reveals a sizable number of residents living along North Main and Canal Streets between 1895 and 1935, the last year of its publication. The Directory lists dozens of homeowners, two lodging houses, and several businesses per block on both Canal and North Main (images below).[2] 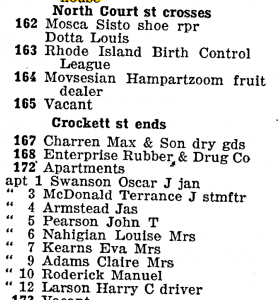 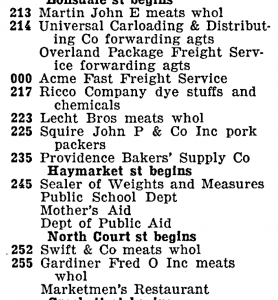 Businesses and residences sitting on cleared land (detail), 1935. Providence House Directory and Family Address Book. Key – Even numbered addresses on North Main (left) and all numbers on Canal (right) were on land that was cleared between 1967 and 1979.

While families could relocate at the loss of their longtime communities, relocation caused the failure of many small businesses, particularly those with a neighborhood-specific, long-term clientele.[3] 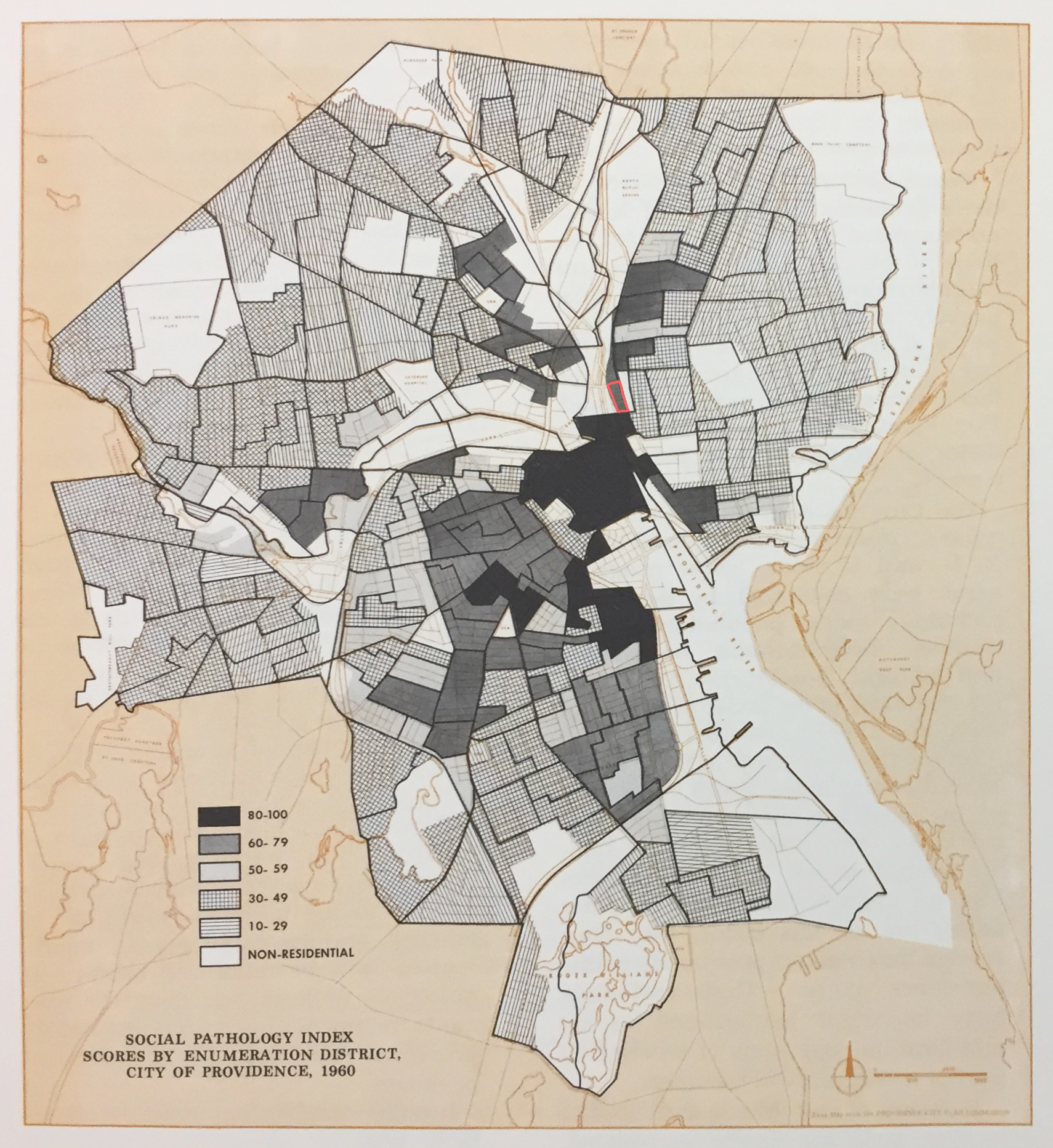 Interpretations of this conflicting data must take into account the usage of the term ‘slum,’ described in the previous section. Social factors like poverty, single residents, high density housing, and crime contributed to what planners described as “social pathology.” In the social pathology map presented in the demonstration study, the memorial site (outlined above) is observably high for the city of Providence.[4]  Below, the map at right demonstrates that rents in the area were on the low end for the city. The map at left totally omits any data from the site. 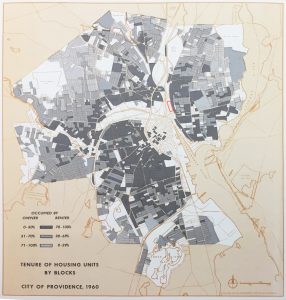 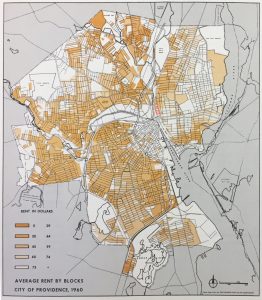 The exact state of this neighborhood pre-demolition is unknown. However, the retention of dense, commercially heavy and affordable areas have since been supported by planners and urban advocates, most notably Jane Jacobs, and the ultimate devaluation of this property may not have been totally accurate.[5]