Throughout the mid-twentieth century, cities across the United States engaged in widespread urban renewal. Federal policy in the post-World War II era prioritized clearance and development that paid no attention to existing structures. Cultural historian of the built environment Francesca Russello Ammon characterizes this as a “culture of clearance,” an excitement for the new that arose from the attractive power of the bulldozer both at war and at home.[1] 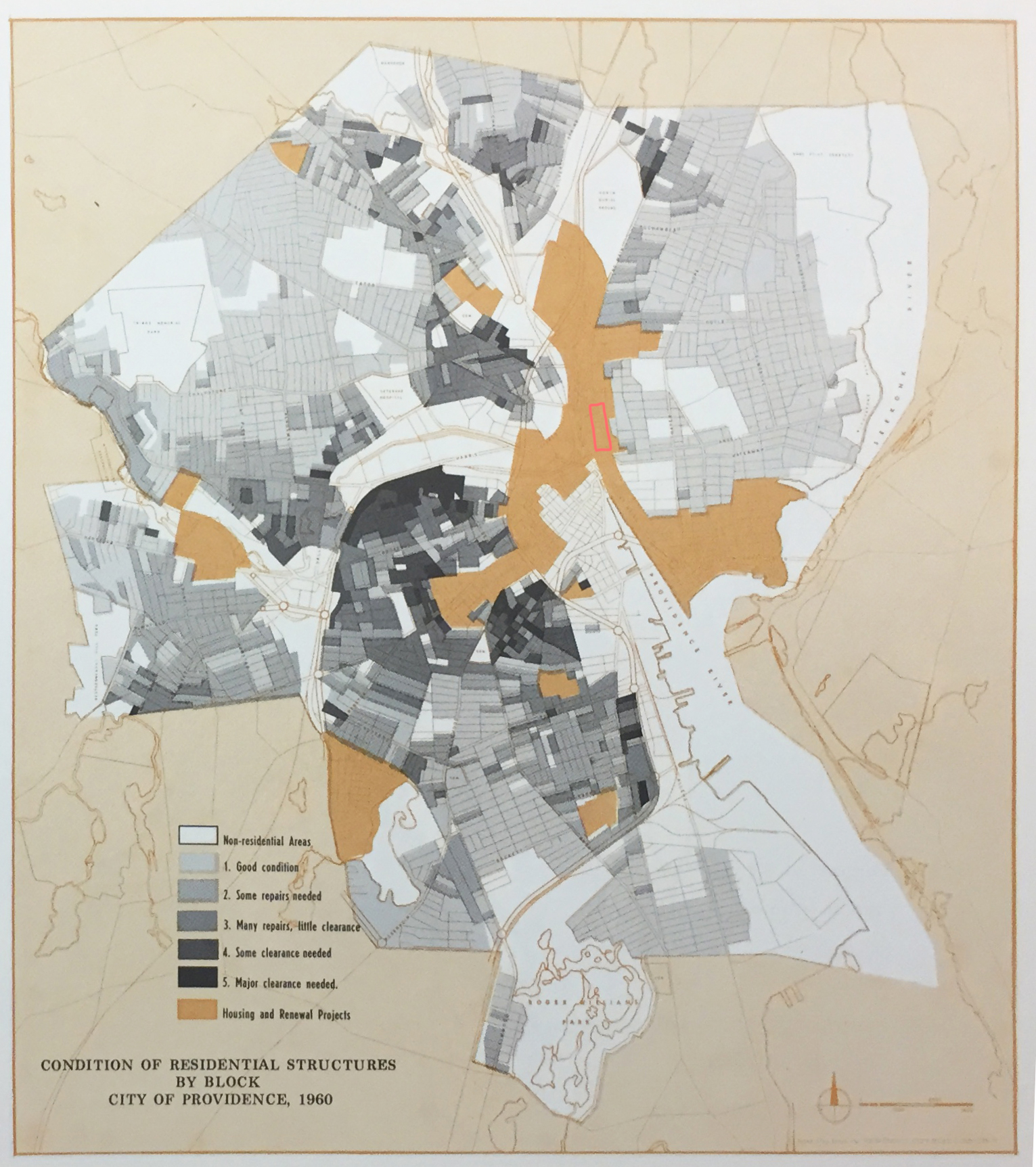 In many cities, low-income and minority communities, as well as critical small business infrastructure, were hit hardest by urban renewal demolition campaigns. Providence was not immune to this epidemic, the map above highlighting all land subject to its own 1960s urban renewal campaign. The widest and most pervasive portion of the campaign sought to reshape the East Side, and specifically College Hill. There, planners alternated between demolition and selective historic rehabilitation, turning a formerly low-income neighborhood into a leafy, wealthy historic district.[2] 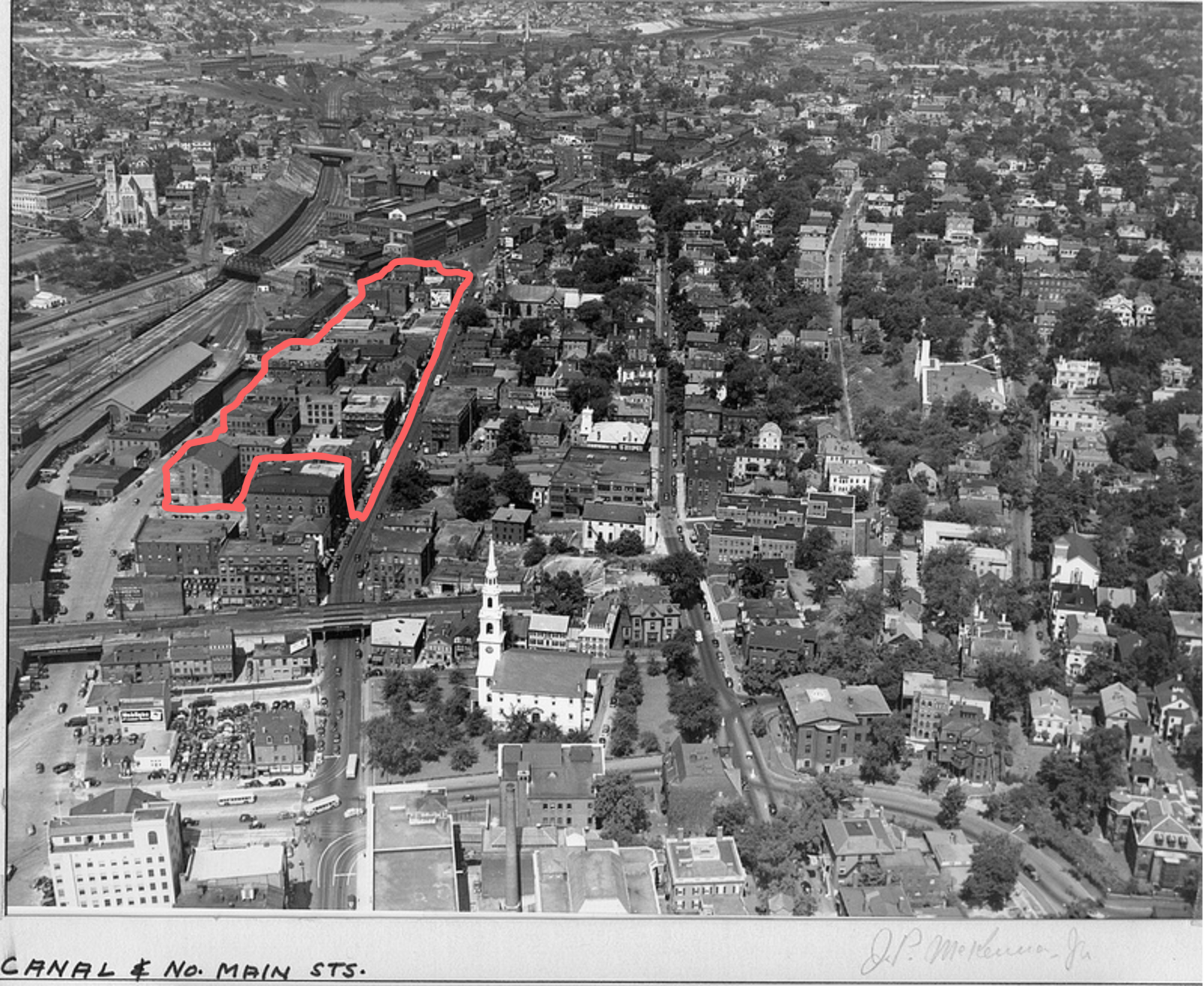 At the bottom of the hill, demolition was more pervasive. The entire 4.5-acre swath that Roger Williams National Memorial sits on today had to be cleared. In the image above, the buildings that were demolished to make way for the memorial are outlined in pink.