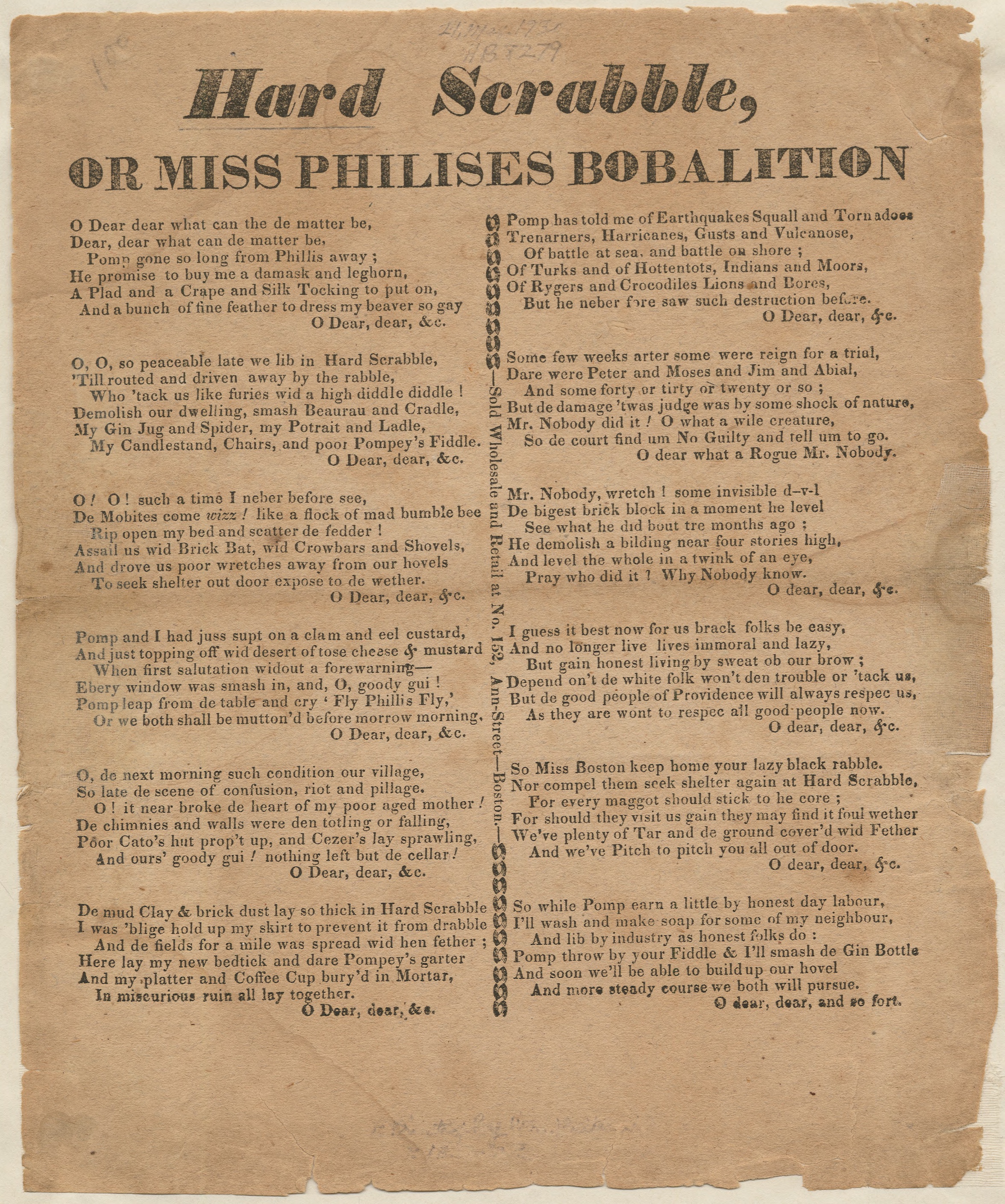 While very little, if any artistic documentation exists of Hard Scrabble and Snow Town, the narrative would later be coopted by a publisher in Boston, in the form of a “bobalition.” Bobalition broadsides mocked African American dialects and illiteracy in the form of poetry. This document is written in the first person, and without context might appear as a resident’s first hand account. However, the nature of the poet’s medium draws this into question.[1]

I guess it best now for us brack folks be easy,

And no longer live lives immoral and lazy,

But gain honest living by sweat ob our brow;

But de good people of Providence will always respect us,

As they wont to respect all good people now.

Nor compel them seek shelter again at Hard Scrabble,

For every maggot should stick to he core;

For should they visit us again they mind it foul wether

And we’ve Pitch to pitch you all out of door.

The third and second to last verses (above) reveal the true stance of the writer, who for much of the first half of the poem maintains his place as first person witness. Here, the poem turns into a very explicit threat, warning “should they visit us again…We’ve plenty of Tar and de ground cover’d wid Fether.”

Years after the riot itself, this Broadside acts as a continuation of the violence committed against the residents of Hard Scrabble, their trauma reborn as comedy for a white, literate audience.

Previous: Absences in the Archive   |   Next: East Side Urban Renewal