In the 1700 and early 1800s, as wealthy white residents built homes along the slope of College Hill, Providence’s African American community established neighborhoods at the hill’s base and across the Moshassuck River. By the early nineteenth century, this neighborhood was known as both Hard Scrabble and Anderson’s Hollow, the latter named for the landlord who rented to much of the neighborhood.

In 1824 and again in 1831, white residents and visiting sailors attacked these neighborhoods, tearing down houses indiscriminately. In 1824, the Hard Scrabble riot arose from a dispute between black residents and white visitors that erupted when a black man refused to move off the sidewalk for the white visitors to pass. Seven years later, the nearby neighborhood of Snow Town saw another riot when a white mob tore down houses and assaulted residents after a sailor was shot in the neighborhood. Though the precipitating event of each riot was different, the geographic racial segregation and racial hostilities in Providence were underlying causes to each episode. 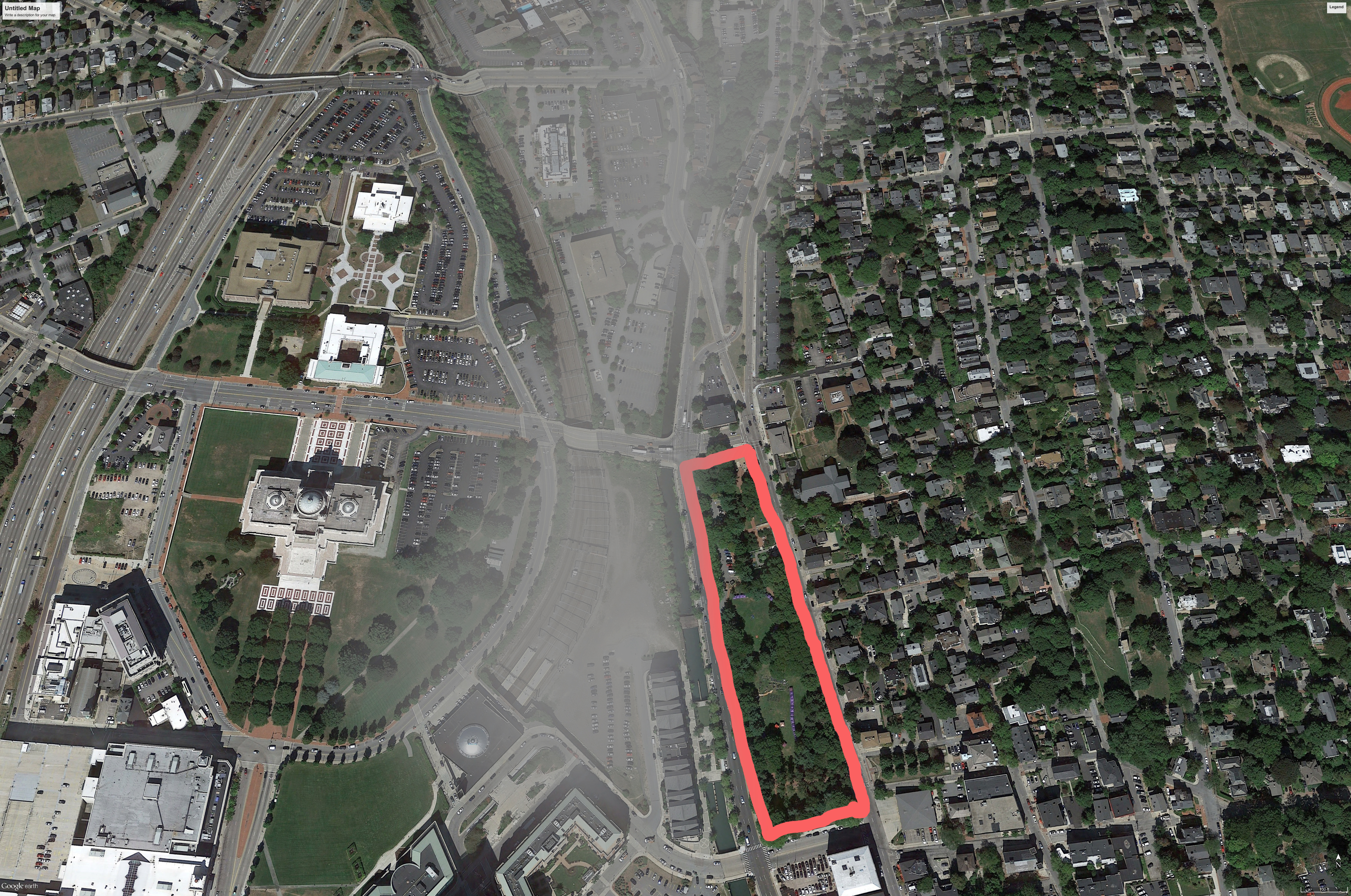 The exact locations of each neighborhood are unclear, though historical accounts estimate that Hard Scrabble may have been located on land now covered by railroad tracks directly across the street from the memorial, and that Snow Town may have been centered around the base of Olney Street, not far from the memorial’s northern end. The map above shows these relative areas (gray) in relation to the memorial (pink).[1]

In The Lifetime of William J. Brown, an autobiography of a local resident, Brown recalls a man named Christopher Hall, “a widower with three or four children, a pious man, bearing a good character,” whose house was torn down and his belongings looted by the white mob. Defiantly, Hall built a roof over his cellar – all that remained – and lived there with his family through the winter before leaving Providence for Liberia.[2]

Previous: A Rhode Island State Narrative   |   Next: Absences in the Archive