Much has been written about the religious dissident that founded Rhode Island, in more depth and breadth than this exhibit can take on. Williams was born in England in 1603, but moved to Massachusetts Bay Colony after becoming interested in the religious ideals of the Puritans. However, Williams became disenchanted with the intertwining of religion and government in the colony, and was banished after criticizing its policies. After living with the local Wampanoags, Williams and his followers crossed the Seekonk River and met the Narragansetts, establishing the settlement of Providence at the very top of Narragansett Bay. The original plan consisted of a homes laid out along one side of a long single street (below). 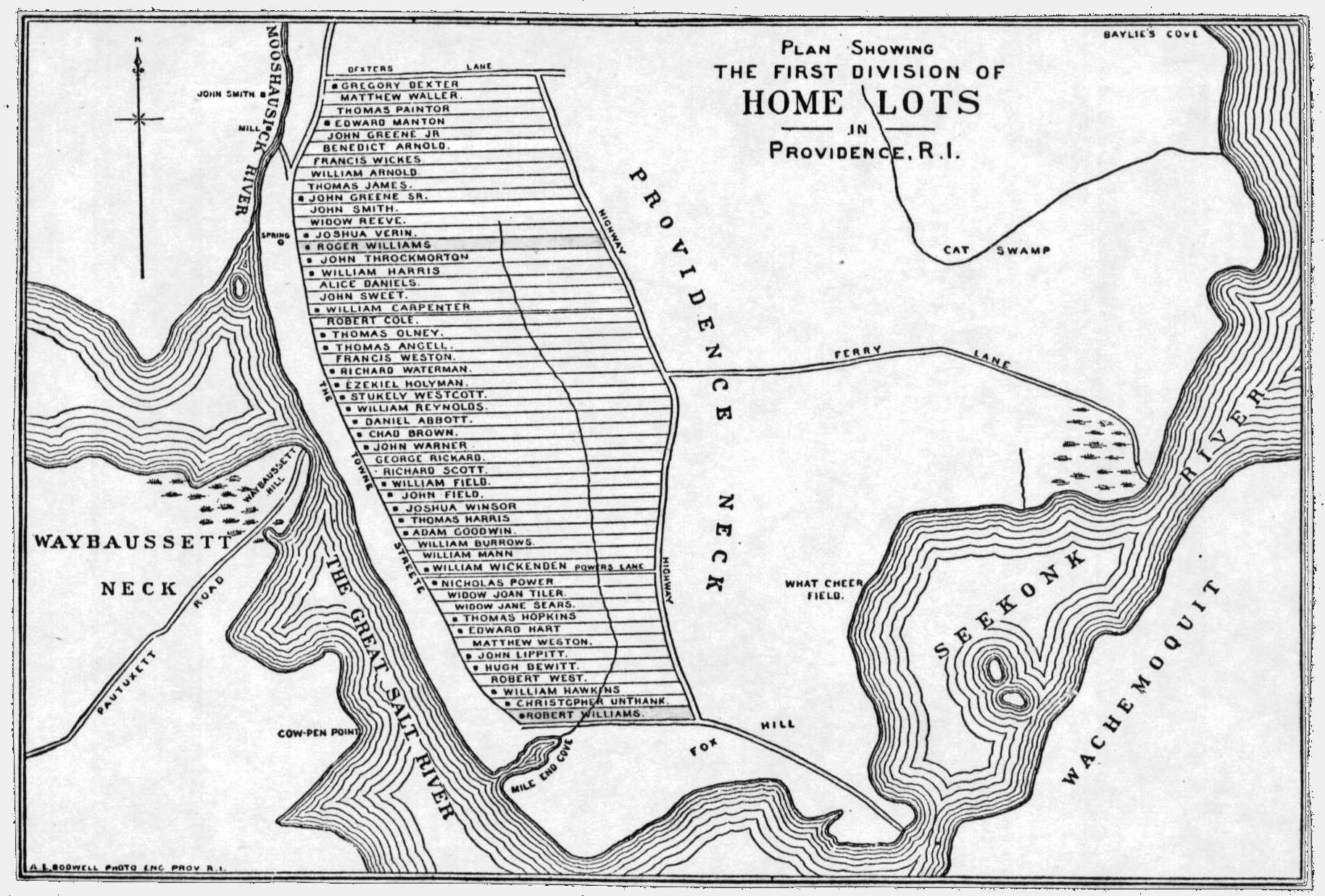 A. Bodwell, Plan Showing The First Division of Home Lots in Providence, R. I., from State of Rhode Island and Providence Plantations at the End of the Century: A History by Edward Field, 1902.

Establishing a new colony, first called Providence Plantations before merging with other communities around the bay, Williams supported a number of initiatives that would contribute to his status as a progressive icon for many years after his death. Williams promoted religious freedom – making Rhode Island a refuge for those fleeing persecution. Relatedly, the colony formed a democratic government in which church membership was not required for voting. Williams was also unique in his advocacy of understanding and respect of the local indigenous peoples [1].

Though voting in Rhode Island was more progressive than elsewhere, one still had to be male, white, and land-owning to partake in the right. Likewise, though Williams’ interactions with the local tribes was progressive for the time, he still contributed to their decline in expanding European settlement westward. After King Philips War, a conflict that pitted local tribes against the colonists, Williams also took a sharp turn by advocating for the sale of captured native peoples into slavery.