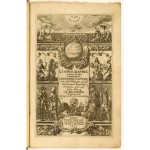 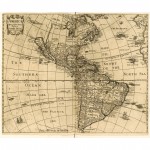 Solving the puzzle of the identity of the first source text leads to a new puzzle: Why Peter Heylyn’s Cosmographie in Four Books?

The text would hold a certain appeal for Williams. He would be leaving London and returning to Providence Plantation, a community without a scholarly library. This text could serve as a general reference.

But Heylyn’s cosmography was one of the first cosmographies published in English. It would have held an element of novelty, making it a bold choice for one of a limited number of texts Williams would have been able to copy down for his return to the New World.

So, the question of ‘why Heylyn’s cosmography?’ remains.

Intriguingly, both Heylyn and Williams were theologians. Perhaps a familiarity with Heylyn’s reputation could have led Williams to the text.

Neither man was a stranger to controversy. Heylyn vocally opposed the Church of England’s particular form of simony. At the time Williams was in England and Heylyn published his cosmography, Charles I had been beheaded and Heylyn was out of favor with the Puritan Oliver Cromwell.

This may have warmed Williams to Heylyn. But there was much about Heylyn that Williams would have found abhorrent.

Heylyn prominently upheld the divine right of kings, while Williams created a community that consciously separated religion and state. Heylyn partipated eagerly in church controversies and doctrinal disputes while Williams, by this time, eschewed membership in any organized church .

It is unclear whether Williams was familiar with Heylyn’s theological background, and, if so, what he made of it, and, further, what role, if any, that played in his selection of Heylyn’s Cosmographie.

So, one answer has led us to a question, which has led us to yet more questions. When the shorthand has all been translated, there will be plenty left to decipher.