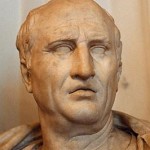 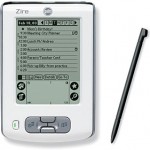 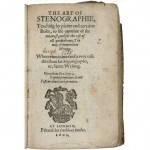 As the group begins to ponder the significance of Heylyn’s Cosmographie, let’s pause and take a look at the history of early modern shorthand.

In 1588, two monumental events occurred. Queen Elizabeth defeated the Spanish Armada, and Timothy Bright published the first book of modern shorthand, Characterie. The latter dedicated his book to the former, who rewarded him with a 15-year monopoly on teaching and printing books about shorthand.
In his dedication to the queen, Bright noted that Cicero had practiced shorthand and that Plutarch, in his Lives, notes Cato the Younger’s use of shorthand as well.

The dedication mentions that these ancient systems ballooned to include as many as 7000 unique characters. His system, on the other hand, was “of fewe Characters, short and easie.”

After Bright’s monopoly had expired, in 1602, John Willis published his influential Art of Stenographie. Bright’s system evidently represented an improvement over (or at least simplification of) unwieldy ancient systems, but it still relied on a one-to-one correspondence of symbol to word.

Willis’ shorthand was phonetic, and therefore more efficient and flexible. Thus the development of shorthand echoed the historical development of longhand writing system, and Willis’ system became quite popular.

Samuel Pepys, the quintessential Englishman and prolific diarist whose writing is a goldmine for research into life in 17th-Century England, used Willis’ shorthand system.

Art of Stenographie, as its name implies, was readily adopted by court stenographers. In his youth, Roger Williams picked up shorthand and then secured a job as a court stenographer for Edward Coke, England’s leading jurist, at the notorious Star Chamber Court.

According to team member Lucas Mason-Brown, Williams’ shorthand system in “An Essay Towards the Reconciling of Differences Among Christians” is about a 75 percent match for Willis’ system.

Since then, shorthand systems have persisted, largely in Williams’ trade of court stenography, which eventually migrated onto special stenotype keyboards, sometimes called shorthand machines. Reporters  make up one of the last blocs of handwritten shorthand practitioners, but mobile technology is making this use less and less common.

About a decade ago, the Palm Pilot’s touch-screen interface required users to employ a shorthand system of sorts to input text into the personal organizers, though some purists hold that it is too similar to longhand writing to truly be considered a shorthand. But that shorthand system came and went quickly with that technology.

Today, the prevalence of mobile computing and the rise of more sophisticated touch-screen interfaces are rapidly pushing out shorthand. Likely, it will soon go the way of the nearly lost art of letter-writing.