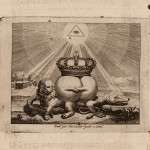 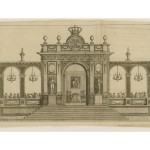 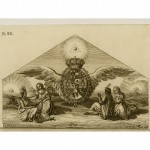 On March 19, 1812, the Spanish Cortes promulgated the Political Constitution of the Spanish Monarchy, often called the Constitution of Cádiz. Two hundred years later, this document—which placed sovereignty “essentially” in the nation (not the king), granted citizenship to all Spaniards of European and American (but not African) origin, and established elected representation for Spain’s mainland and overseas territories at national, provincial and local levels—has received the royal treatment. Spain’s king marked the anniversary at a commemorative ceremony in Cádiz, and scholars interested in the independence of Spanish America are asking what impact it had in conferences from Boston to Lima to Vienna. While the fanfare is substantially smaller in Central America, the “Cádiz experiment” initiated by France’s 1807 invasion of the Iberian Peninsula and overthrow of the Spanish monarchy had an enormous impact in the Captaincy General of Guatemala…as a dozen documents I found in the JCB collections demonstrate.
˜˜˜˜˜˜
RESPONDING TO CRISIS
Surprisingly, many Spanish elites initially welcomed Joseph Bonaparte as king and supported the Constitution of Bayonne (1808). When on May 2, 1808, an uprising by the people of Madrid set off empire-wide resistance to the French “tyrant,” news traveled quickly, but Spanish Americans wondered how long opposition would last. How to support their legitimate king without alienating the new authorities? Guatemalan elites temporized. As their pamphlet Guatemala por Fernando VII [1809] documented in word and image, they repeatedly stated their loyalty to the “beloved” and absent monarch, but waited months to recognize him officially on December 12, the fiesta of the Virgin of Guadalupe. By that time, the Spanish Empire had united to oppose the “usurper.” Even college students got into the act in a Relación (1809) detailing their celebration of the proclamation of the king, formation of a Supreme Central Junta in Spain, and “glorious actions” of Spanish arms. These initial documents established a pattern: Guatemala’s leading citizens remained loyal, while leveraging the crisis to increase their autonomy within the empire.

PARTICIPATION IN CORTES
By early 1810, Spain’s interim government invited mainland and overseas territories to send deputies to an Extraordinary Cortes. Sessions opened on September 24. Guatemala City’s deputy, priest Antonio Larrazábal, arrived in 1811 with not one but two sets of instructions from the council that elected him. The official Instrucciones (1811) took the form of a draft constitution with a prologue directly inspired by France’s Declaration of the Rights of Man and the Citizen (1789/93). Although anticipating representation for Spanish America, the Instrucciones did not seek an expanded franchise, empowering existing city councils and calling for Cortes to meet once a decade. A copy was published in Guatemala, and Larrazábal ordered a Cádiz edition that he circulated to deputies and cited in speeches. Less well known are the Apuntes Instructivos (1811) by four aldermen explaining their opposition to the official instructions. Ironically, their more liberal document—based on English precedent and calling for popular elections–wasn’t considered subversive at the time and scholars tend to consider it conservative since the authors were Peninsular Spaniards.

Since Larrazábal cared both about developing a better political system and Guatemala’s economy, he also solicited detailed Apuntes (1811), recommendations by Guatemala’s merchants’ guild, to improve agriculture and commerce. Many of Guatemala’s most innovative thinkers participated in drafting these documents, which offer a snapshot of an engaged and debating leading class in the lead-up to Cádiz. Law students shared their interest in the Cortes’ work. Francisco Javier Barrutia’s 1811 bilingual Spanish-Latin bachelor’s thesis, Et que rey ninguno [1811], described the Cortes’ origins and importance. A single engraving promoting unity with the Crown (FIGURE 1) illustrated his conclusion, which urged against divisions between “American and Spaniard, Castilian and Leonese, …Cantabrian, Aragonese and Catalan.”

IMPLEMENTING THE CONSTITUTION
Despite imperfect unity, the Cortes completed its constitution, and despite Guatemala City’s division over what rights Spanish Americans merited, they united to implement the Constitution in 1812-1814 and again from 1820-1821. Historian Mario Rodríguez dubbed this period the “Cádiz experiment,” for the energy and enthusiasm with which communities throughout Central America embraced more representative government, electing city councils and provincial commissions at home, and deputies to participate in parliamentary debates in Spain. The JCB documents show some of how they did it. A “preparatory committee” drafted and circulated Instrucciones (1812) “to facilitate” the election of deputies to the “regular” Cortes of 1813. In support, the Archbishop added a circular for the kingdom’s parish priests explaining why it was important to let all new citizens (e.g., the indigenous) vote, citing biblical and classical examples the priests could use to convince recalcitrant authorities. The JCB’s copy was addressed to the priest of Guatemala City’s central parish, Mariano Méndez, and bears the archbishop’s signature. Religious and secular authorities alike supported the innovations.

LOYALTY AFTER 1814
Central American loyalty remained firm, even after these new rights were withdrawn when Ferdinand returned and abrogated the Constitution on May 4, 1814, arguing that it usurped his sovereignty and did not represent the will of his people. Guatemala City’s printers kept busy communicating these changes, including reprinting a sermon delivered in neighboring Oaxaca offering thanks for the happy restoration of the beloved monarch and a peace treaty signed between Spain and Denmark that put commerce and navigation between the two on a pre-war footing. At the same time, Guatemalan literary men channeled their energy away from imperial reform and into local development. Two outstanding, influential works produced are priest Domingo Juarros’ Compendio (1808, 1818), a 2-volume history of Central America, and priest, jurist and professor José María Alvarez’ law text outlining the tenets of traditional Spanish law for use in the university, Instituciones de derecho real de Castilla y de Indias (1818-20). Juarros’ text was published in English with with a detailed map to entice investors (1823). Alvarez’ textbook, the first of its kind for colonial Spanish America, was printed and assigned in Spain, Argentina, colonial Havana, independent Mexico, then edited and reissues in Guatemala in 1854. Álvarez died in 1820 in the port of Trujillo (now Honduras) preparing to embark to serve as a Central American deputy when Ferdinand reinstated the Constitution and summoned a new Cortes. Mariano Méndez, elected deputy of Sonsonate (El Salvador), did make it to Spain in 1821 with instructions recommending more provincial autonomy.

INDEPENDENCE
But even Guatemala’s determined allegiance couldn’t endure. When Mexico’s loyalists and rebels together opted for independence in 1821, Central America followed suit…hesitantly. The act signed on September 15 after a meeting of Guatemala City’s political and economic elites called for all the kingdom’s districts to elect representatives to decide on absolute independence in early 1822. In the meantime, the same authorities—a governor nominated by the king and the elected city councils and provincial committees—would remain in office The JCB doesn’t have a copy of the act, but it does hold a rarely-cited bando (broadside) issued by Captain General Gabino Gaínza two days later. Gáinza warned residents that even in independence, the same laws remained in effect. This document confirms that Guatemala’s canny elites tackled independence the way they responded to the start of Spain’s crisis in 1808—with a decision they could plausibly deny if circumstances required. Circumstances did not require, but regional disputes eventually prompted the formation of five republics instead of a lasting Central American federation.
*****
The JCB doesn’t have nearly as many documents about Central America as it holds for Mexico and Peru. But within the collection, as these findings show, the documents speak to each other as well as to scholars. These dozen pamphlets and broadsides offer a surprisingly robust snapshot of one community’s response to a crisis in government, revealing how royal officials, municipal authorities, church leaders, and even college students differed publicly over some political rights and goals, but united to use the levers of existing institutions to achieve change. Starting in 1808, they proclaimed loyalty, advocated for more representative government, sent deputies with instructions to help craft the Constitution, implemented it with enthusiasm, accepted its abrogation in 1814 and reinstatement in 1820, and showed its influence in an independence initiated in 1821. The moral of this story is: it’s not always the size (of the collection) that counts.