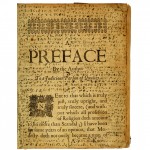 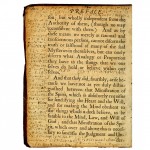 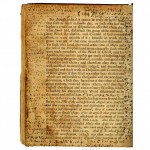 The John Carter Brown Library’s “Mystery Book” or “”An Essay Towards the Reconciling of Differences Among Christians” is receiving lots of play in the media lately. Ben Schreckinger, one of our original correspondents for this blog has written an article on the online journal, Slate. More complete than has previously been reported, this article is currently the #1 most-read article on the site! Ben tried to give as full account as possible, though the demands of fast-paced journalism led his editor to cut his report down significantly (the Eliot Indian Bible is gone entirely!). In the article Ben describes the process he, his colleague, Lucas Mason-Brown, and others followed to decode the manuscript writings.

Ben Schreckinger is an Atlantic Media Fellow reporting for National Journal. He can be reached at [email protected] and @BenSchreckinger.