Join the Center for Digital Scholarship on Wednesday, January 23, 2018 at 2 p.m. in the Digital Scholarship Lab at the Rockefeller Library for a dSalon discussion on “A digital interface for 17th century texts in the Aymara language of Peru.” Nicholas Emlen, Digital Fellow at the John Carter Brown Library, and Patrick Hall, PhD Candidate in the Department of Linguistics at the University of California, Santa Barbara, will give a short introduction to their collaborative project and then will lead a discussion of some of the technical and conceptual issues involved in this project.

This event is part of the Center for Digital Scholarship’s dSalon series of presentations and discussions around digital scholarship. Free and open to the public.

The project creates a digital interface that allows users to explore transcribed, translated, and linguistically analyzed versions of two seventeenth century Peruvian texts in the Aymara language. The first text is a nearly 600-page narrative written by a native Aymara speaker. The second is a dictionary—which is still the most comprehensive source on the Aymara language even today—that was compiled from that narrative text. The two texts are digitized and available online, but they are idiosyncratic and difficult to interpret, and in practice remain quite inaccessible to both scholars and Aymara speakers today.

The interface aims to open up accessibility to the texts and to provide a host of new analytical tools. One innovative aspect of the interface is that it provides integrated access to both texts at the same time. The narrative text and the dictionary fit together naturally, since the latter was compiled from the former. Thus, through the digital interface, users can search for a particular word or grammatical feature and call up examples from both the dictionary and the narrative text written by the 17th century Aymara speaker. This integration of analytical information from the dictionary with a sample of how the language was used by native speakers from the 17th century creates a powerful tool that can be used by historians, anthropologists, linguists, and native speakers alike. 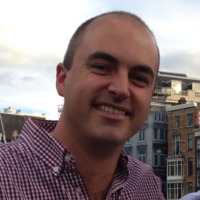 Nicholas Q. Emlen is a Digital Fellow at the John Carter Brown Library and a Visiting Lecturer in Anthropology at Brown. He is a linguistic anthropologist who has conducted extensive ethnographic research on multilingualism, migration, and coffee production on the Andean-Amazonian agricultural frontier of Southern Peru. He also works on the reconstruction of Quechua-Aymara language contact in the ancient Central Andes, and on multilingualism among Quechua, Aymara, Puquina, and Spanish in the colonial Andes, using texts from the John Carter Brown Library’s collection. 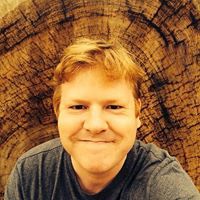 Patrick Hall is a PhD candidate in linguistics at UC Santa Barbara. His work is focused on new approaches to designing and implementing software for language documentation using the standard, ubiquitous technologies of HTML, CSS, and Javascript. His data models and applications are based directly on documentary practice, resulting in tools which are robust, but nonetheless simple enough to be archived alongside the data they are used to produce.