The Bamboula! Symposium has been rescheduled for Tuesday, April 11 from 2 – 3:30 p.m. in Petteruti Lounge, second floor, Robert Campus Center/Faunce House. A reception will follow in the lobby of the John Hay Library.

The exhibit, Bamboula! Black Music Before the Blues, was conceived and curated by Brown graduate, pianist John Davis ’79. It will run from March 21 to May 5, 2017.

Organized and moderated by Tony Bogues, Asa Messer Professor of Humanities and Critical Theory and Director of the Center for the Study of Slavery and Justice at Brown, the symposium will feature panelists John Davis ’79 and Brandy Monk-Payton AM’12, PhD’16, Mellon Postdoctoral Fellow in the Department of Film and Media Studies and the Leslie Center for the Humanities at Dartmouth College.

Update: Eric Lott is unable to attend the symposium. 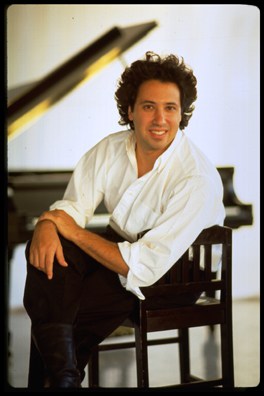 With Bamboula! Black Music Before the Blues, the exhibition he has now conceived and curated at Brown University’s John Hay Library, pianist John Davis continues to define, excavate, and disseminate a previously-unacknowledged African American roots music. Davis is most associated with his frequent concerts in the United States and abroad stemming from three critically-acclaimed recordings on Newport Classic: John Davis Plays Blind Tom [2000], a top-ten seller in Classical Music at Tower Records and Amazon.com; Marshfield Tornado: John Davis Plays Blind Boone [2008], a repeat No. 1 seller on the Ragtime chart at Amazon.com; and Halley’s Comet: Around the Piano with Mark Twain & John Davis [2010], a CD of Twain-related compositions “played powerfully and with a rich palette,” according to The New York Times. At the core of Davis’ grassroots pursuit of forgotten black culture is the pianist’s personal archive of rare 19th– and early 20th century printed African Americana that is the source for many of the ideas and materials that have filtered into his concerts, recordings, and literary contributions to African American Lives, the African American National Biography, and Stress and Coping in Autism, all published by Oxford University Press. Mr. Davis’ cutting-edge career has been featured on CNN; CNN-International; ABC Radio National (Australia); the BBC World News; NPR’s All Things Considered, Performance Today, and On Point, with Tom Ashbrook; PBS’ Life 360; The Today Show on NBC, ABC’s Good Morning America; and in a program-long interview of him on ABC’s Nightline Up-Close. Among the countless print publications in which he has been profiled are The New York Times, The New Yorker, The Oxford American, The Independent (London), and Scientific American. 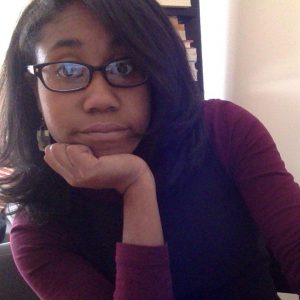 Brandy Monk-Payton is a Mellon Postdoctoral Fellow associated with the Department of Film and Media Studies and the Leslie Center for the Humanities at Dartmouth College. She obtained her Ph.D. in Modern Culture and Media at Brown University where she was a Ford Foundation Dissertation Fellow and a Graduate Fellow at the Center for the Study of Race and Ethnicity in America. Her work on race and representation has been published in the edited collection From Madea to Media Mogul: Theorizing Tyler Perry as well as the journals The Black Scholar, Reconstruction: Studies in Contemporary Culture, and Feminist Media Histories (forthcoming). She is currently working on her first book project Dark Optics: Blackness, Exposure, and Celebrity in Media Culture. In Fall 2017, she will begin a position as Assistant Professor of Communication and Media Studies at Fordham University.

On Tuesday, March 21, 2017, the Brown University Library and the Music Department also hosted two events related to the exhibition.

The exhibit opening and reception took place in the Exhibition Gallery of the John Hay Library from 4 – 5:30 p.m. The exhibit, Bamboula! Black Music Before the Blues, is an in-depth survey of the African American roots of popular music and show business in the United States. The exhibition includes significant and visually arresting printed artifacts of the shared African- and European-based musical tradition established in colonial America, a cultural synthesis that continues to shape our nation’s identity. The 19th- and early 20th-century books, sheet music, and ephemera included in the exhibition are drawn primarily from the personal collection of John Davis (Exhibition Curator) and the holdings of the Brown University Library. Mr. Davis’ archive of rare 19th-century printed musical African Americana, widely respected in the antiquarian book and ephemera world, is the bedrock of his career as a concert pianist devoted to works influenced by black culture of the American South.

Drawing from materials on display in the exhibition, Mr. Davis gave an extraordinary, multi-media concert performance entitled Bamboula! Black Music Before the Blues: A musical journey with pianist John Davis at 7 p.m. at the Granoff Center for the Creative Arts. The concert, organized with the Brown Music Department, included special guests Harmonizing Grace, with Hance Phillipe, director, and the Old-Time String Band–both Brown student music groups.

The exhibition and all related events are free and open to the public. No registration or ticketing is required.