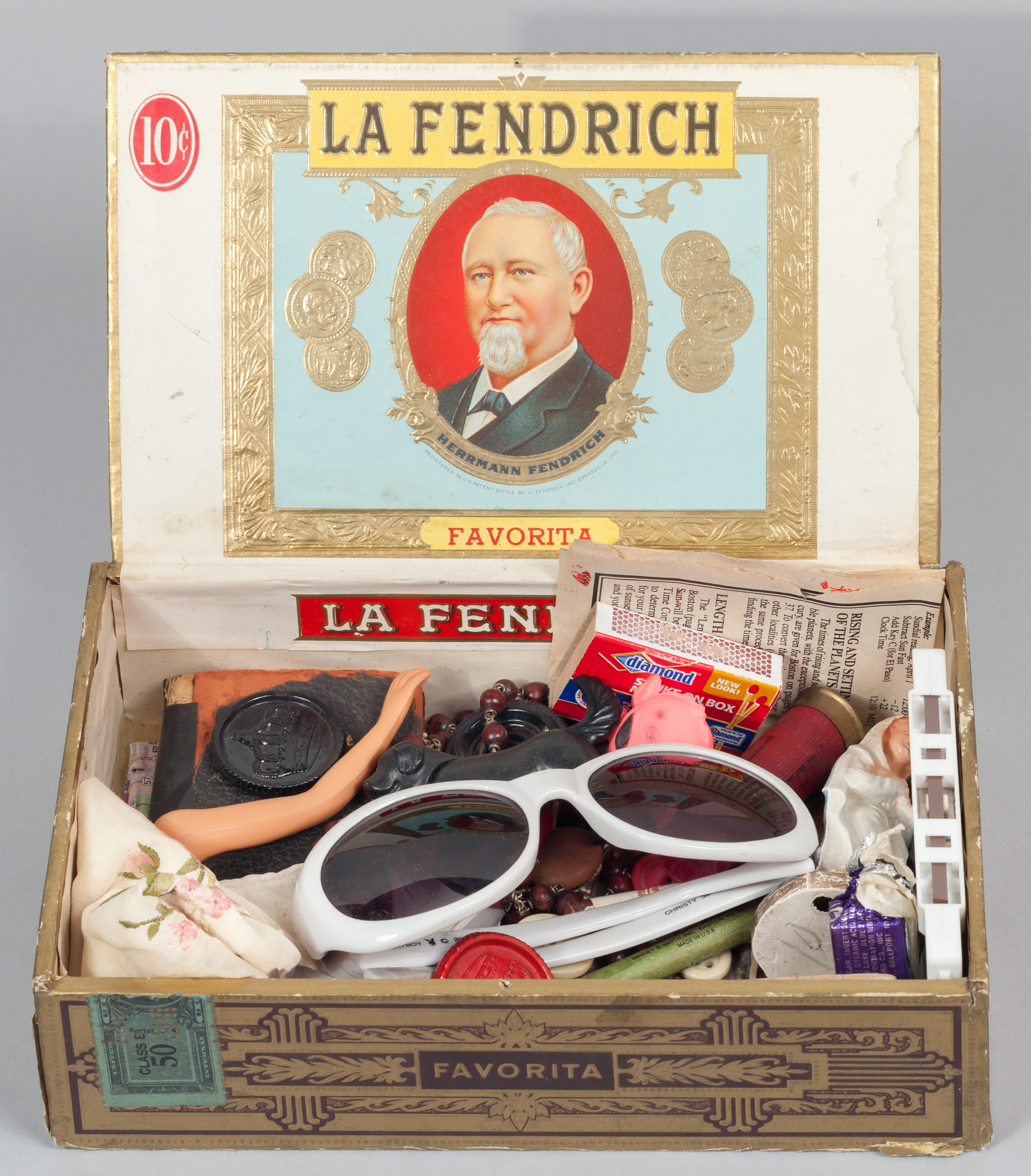 “In April 2011, I wrote a story featuring my recurring character Dancy Flammarion. The story was titled “Bus Fair,” and it concerns Dancy having to play a riddle game with a werewolf to get back a cigar box containing her most precious possessions. The story became the basis for the first issue of Alabaster, the graphic novel series I scripted for Dark Horse Comics between 2011 and 2015.

In October and November of 2010, after I’d gotten the idea for “Bus Fair,” Kathryn and I created Dancy’s cigar box, because sometimes we do things like that. To pay bills, we auctioned it on eBay, where it brought a very respectable $785 from a longtime fan from Virginia. In July 2017, the fan offered to return the box to me, so that it could be kept with my papers at the John Hay Library. The New Testament in the box was donated by another fan (it had been her mother’s), and the cigar box itself was given to us by Kathryn’s cousin.”  —Caitlín R. Kiernan

The Dancy Box is currently on view.