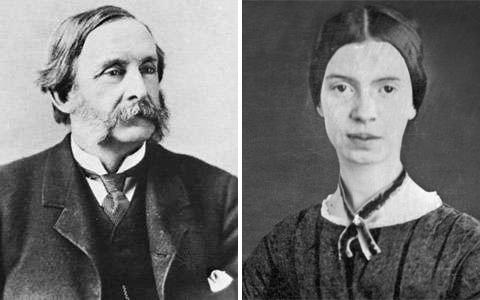 On Friday, March 1, 2019 at 5 p.m. in the John Hay Library, Assistant Professor of Music Eric Nathan will give a talk about his most recent set of original songs, “Some Favored Nook.” Nathan will discuss the creation of the songs, which are based on correspondence between poet Emily Dickinson and minister and Civil War Colonel Thomas Wentworth Higginson. In addition to the talk, original Emily Dickinson manuscripts and Amy Beach scores will be on display.

Free and open to the public. Reception to follow the talk.

On Sunday, March 3, at 2 p.m., the New England premiere of Nathan’s “Some Favored Nook” will usher in Women’s History Month at Brown. The concert, also featuring music by Amy Beach, Samuel Barber and Aaron Copland, is presented by Providence arts organization FirstWorks in partnership with the Brown Arts Initiative and the University’s music department.

More information on “Some Favored Nook” and Professor Nathan’s process during composition of the songs can be found in the article, “Brown, FirstWorks present regional premiere of ‘Some Favored Nook,” on the News from Brown website.