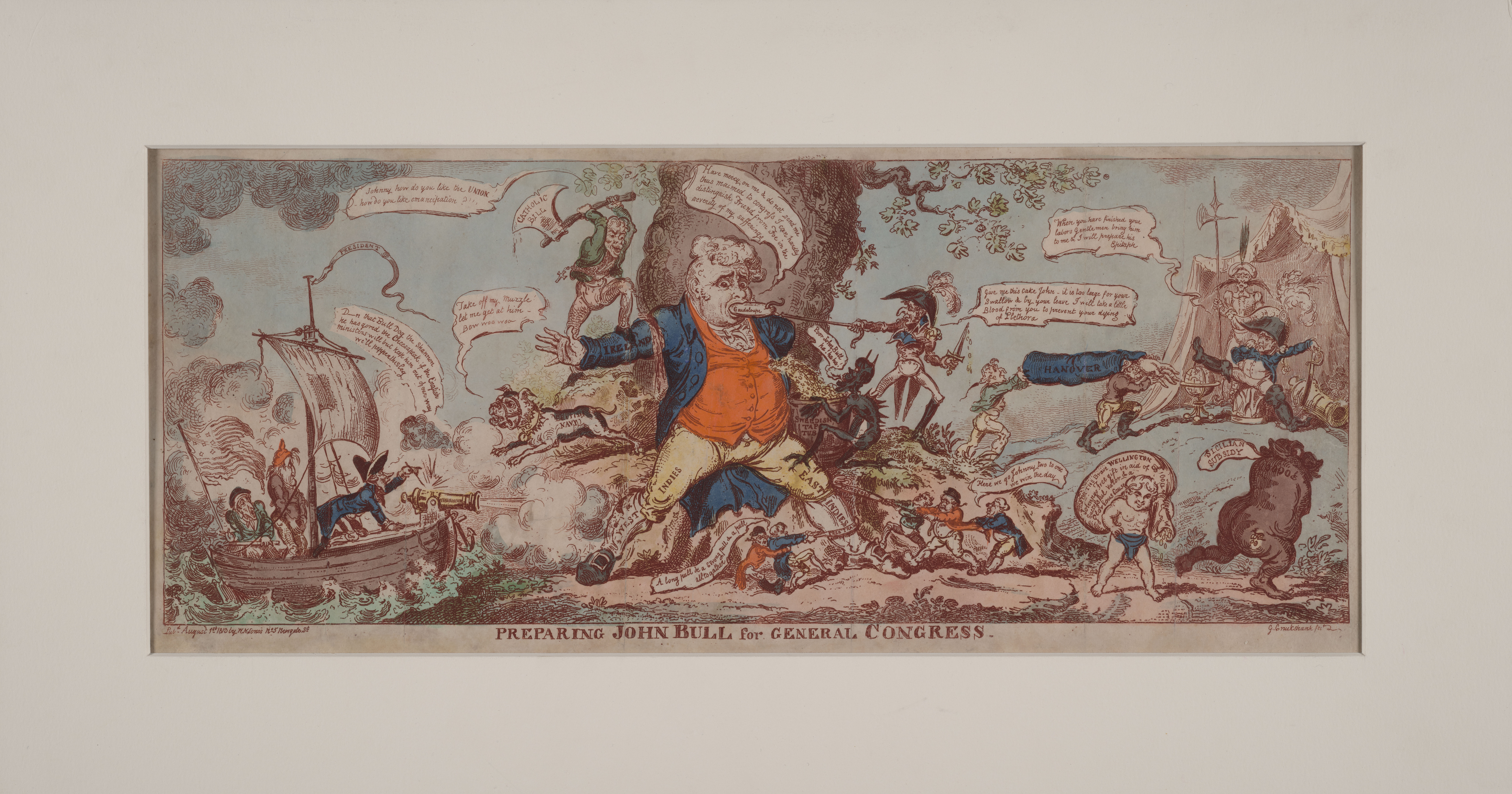 From April 3 – 30, 2017, the image, Preparing John Bull for General Congress (1813), will be on display in the second floor landing case of the John Hay Library.

Shown above, the Napoleonic caricature depicts John Bull backed against a tree, which is being hacked to pieces by malevolent pygmies representing Britain’s many pressing domestic and foreign problems. An American gunboat on the left is manned by two disreputable-looking sailors and a captain while flying a tattered Stars and Stripes and the pennant of the frigate USS President. As an enraged, muzzled bulldog representing the Royal Navy looks on, the American captain fires a swivel gun at John Bull’s right leg, representing the West Indies, as he shouts “D[am]n that Bull Dog. The Shannon he has gored the Chesapeake, if the English ministers will but keep him out of our way we’ll pepper the dog.”

At the far right Napoleon sits in front of his tent, his right foot resting on a globe while he cheerfully exclaims, “When you have finished your labors gentlemen bring him to me & I will prepare his epitaph.” The title refers to the Congress of Prague (June 4-August 10, 1813), at which Metternich attempted in vain to negotiate a peace between Napoleon and the Allies.

The print was drawn by George Cruikshank for volume VI of The Scourge, a monthly satirical journal published in London.