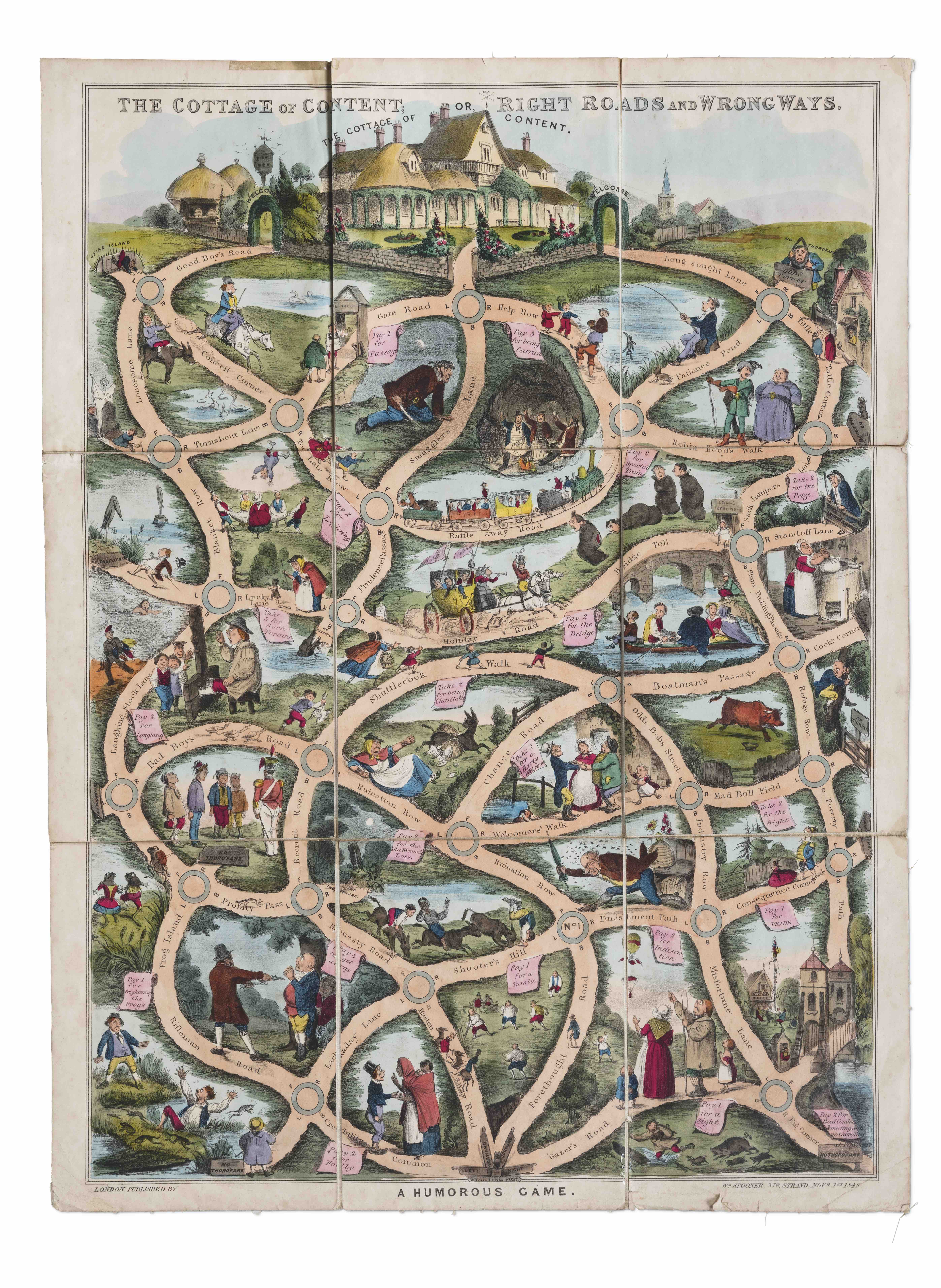 LEARNING THROUGH PLAY: BRITISH AND FRENCH TABLETOP GAMES FROM THE 18th AND 19th CENTURIES

Ellen Liman and Doug Liman are available for an interview or a lecture. For more information and images of the collection, please contact Heather Cole, Curator for Literary & Popular Culture Collections, [email protected], or by phone, (401) 863-1512.

The Brown University Library is pleased to announce an exhibition featuring 18th and 19th century board games collected by the Liman family. Twenty-three Georgian and Victorian board games, along with jigsaw puzzles and other related items were given to the library by Ellen Liman ’57, P’88. A collection of 19th and 20th century French board games is on loan from the Limans’ son, filmmaker Doug Liman ‘88.

Joseph Meisel, the Joukowsky Family University Librarian, noted his enthusiasm for the Limans’ gift: “This is a wonderful addition to our extensive collection of popular culture materials and significantly extends the range of our holdings in the important area of games and play. As a historian of 19th-century Britain, I am particularly fascinated by how these games serve as documentary sources for deeper understanding of the complex concepts and values that the dominant segments of society sought to impart to their young as future leaders at home and in the world.”

Arthur and Ellen Liman began collecting vintage board games when their son Doug found an old game at a yard sale as a child. This first acquisition sparked an enchantment with games and their depictions of British culture, and the couple spent decades enthusiastically and meticulously building this and other related collections. The late Arthur Liman, a prestigious attorney, was attracted to these games for the historical record: games such as Wallis’s Picturesque Round Game of the Produce and Manufactures of the Counties of England and Wales (ca. 1840) serve as a lesson in how to be an informed citizen of a powerful empire, while others, such as The Railway Travellers (undated) show off new technologies. Other games, such as Every man to his station (1825) provide moral instruction for children. Ellen Liman, a gallerist, author, and painter, valued the games for their artistry, and “appreciated their design, their excellent engraving and later lithography, the delicacy of the hand-coloring, not to mention the charm and ingenuity of every game.” Considering where this collection should ultimately reside, Ellen recalled her formative arts education experiences at Pembroke College, where she majored in art and took courses at RISD, and explains, “Brown was influential to this collection. Since these games are not only educational but rare small works of art, I naturally gravitated to them.” Ellen and Arthur continued to engender an appreciation for antique board games in their son Doug, who has loaned part of his collection of 19th– and early 20th-century French games to this exhibition. Doug, who during his first year at Brown created BTV, Brown’s student-run television station, said: “As a filmmaker of movies and television series, I think of these old French games as early movies or plays, telling stories in a beautiful, artistic, and concise visual format.”

As the turn from the 18th to the 19th century approached in Great Britain, parents and teachers embraced a suggestion from the philosopher John Locke that “learning might be made a play and recreation to children.” A market for board games for instruction and delight flourished, but very few examples survive today. Those that have survived open a window onto the time period in which they were created, reflecting its social and moral priorities as well as a wide range of educational subjects. The games themselves are beautifully detailed: produced by a handful of the best-known publishers of the era, the hand-color engraved games look as vibrant and colorful as they did two centuries ago. Many of the games in the Limans’ collection include not only a game board, but original cases and instruction booklets as well.