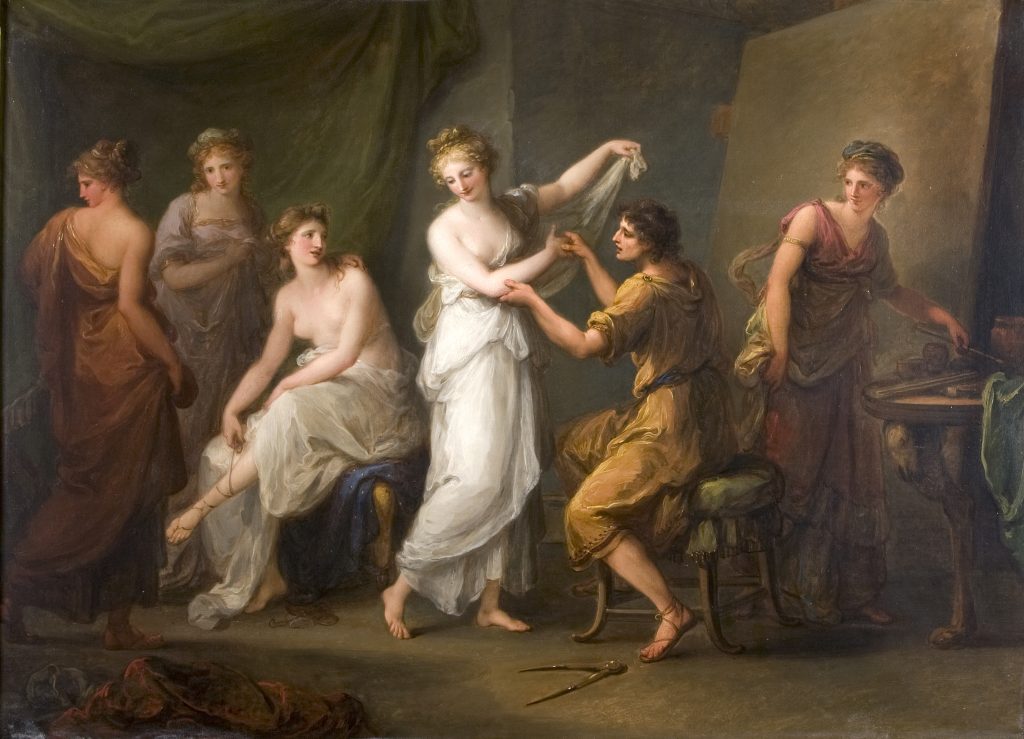 “Xeusis Choosing Models for his Painting of Helen of Troy,” Angelika Kauffmann, 1778

Xeusis Choosing Models for his Painting of Helen of Troy

The Annmary Brown Memorial Library has lent the painting, “Xeusis Choosing Models for his Painting of Helen of Troy” (1778) by Angelika Kauffmann to the Centre Pompidou in Paris, France for its exhibition La Trahison des images, dedicated to René Magritte’s work. The exhibit will be held from September 21, 2016 to January 23, 2017.

This painting is one of the most notable in the Annmary Brown Memorial Collection, in part because it was painted by a woman in the 18th century and because it is an excellent work of art. General Rush Hawkins, Annmary Brown’s husband, acquired it in Europe in the 19th century for his and Annmary Brown Hawkins’s house in New York City. He moved it to Providence in 1905 to exhibit in the Memorial.

The exhibition, La trahison des images (The Treachery of Images), brings together a hundred or so works presented in light of René Magritte’s approach to art that changed from the random tactic of the Surrealist “encounter” to a reasoned “methodology.” The exhibit focuses on Magritte’s questioning of the painted image’s philosophical validity, history, and mythology. Five chapters in the exhibit , each associated with a founding myth of figurative representation, allow for the identification of the emblematic, iconographic figures that people Magritte’s pictorial universe.

The chapter, “The daughters of Crotona,” features the Kauffmann painting. When asked to paint the portrait of Helen of Troy by the citizens of Crotona, Zeuxis created his image of perfect beauty by assembling a collage of the fragments of anatomy deriving from the most beautiful girls of the city. This composite principle of a form made up of assembled fragments is at the heart of René Magritte’s practice. 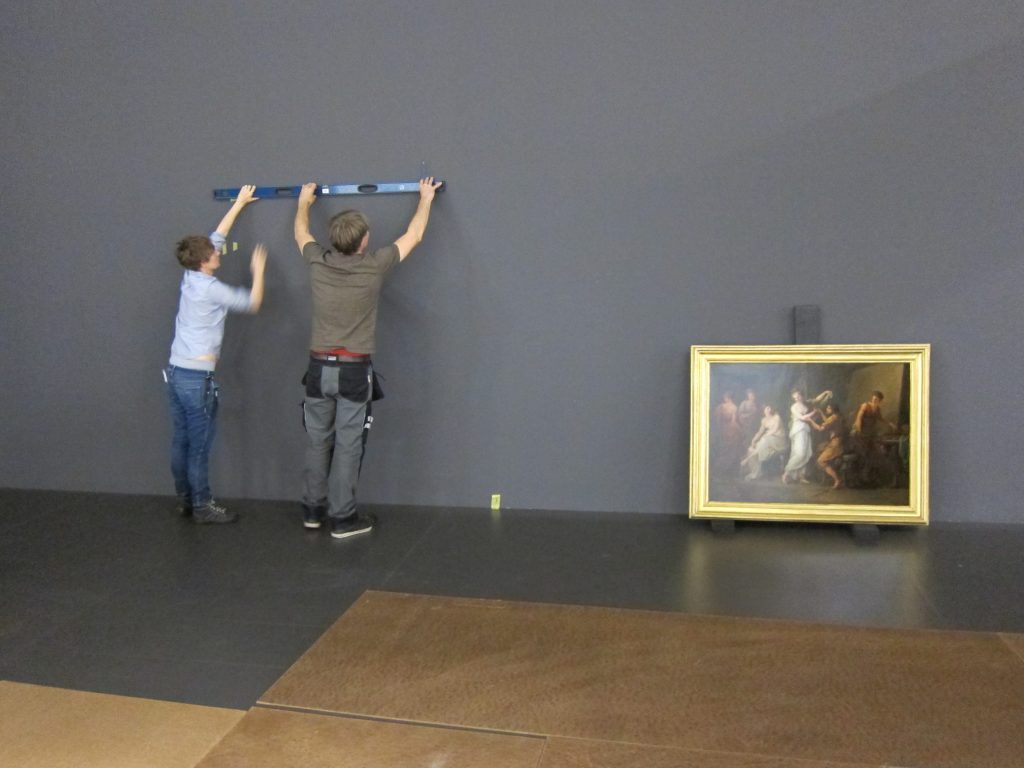 Installation of the Kauffmann painting at the Centre Pompidou

The Annmary Brown Memorial houses exhibits of European and American paintings from the 17th through the 20th centuries, the Cyril and Harriet Mazansky British Sword Collection, as well as personal mementos of its founder, General Rush C. Hawkins, and the Brown family. The book and manuscript collections, assembled by General Hawkins and formerly housed in the Memorial, were transferred to the John Hay Library in 1990.

The Hawkins Collection of Art

Located at 21 Brown Street, Providence, the Memorial is open Monday – Friday from 1 – 5 p.m.

Click here for more information about the Annmary Brown Memorial and the Hawkins Art Collection.