The Brown University Library is pleased to announce the winner of the 2017 Undergraduate Prize for Excellence in Library Research: Vaughn Campbell ’18, an International Relations Concentrator. 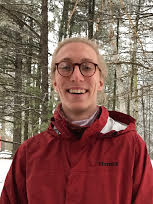 Vaughn submitted a paper entitled, “Brown ­in­ China: Brown’s Role in the American Missionary Project of the Early Twentieth Century,” written in the spring of 2016 for Naoko Shibusawa’s course “HIST1554: History of American Empire.” The paper describes a collaboration between Brown University and Shanghai College in 1920. Vaughn says:

I did the bulk of my research in the Hay Archives, paging through thick files of personal articles, searching for documents relating to these individuals’ time and ambitions in China. I supplemented this with both broad contemporary accounts and secondary historical works found in the stacks of the Rock or through the Library’s online resources. Having never been able to work in the Hay before, or really with any archival resources, I thoroughly enjoyed having such a close connection to the original, 100-­year-­old documents of these three professors, as well as working with the Hay librarians to discover and locate these rare documents.

Professor Shibusawa wrote, “What I appreciated about Vaughn’s paper is that every year when I lecture on Chinese student missionaries to China, I ask the 80-120 students in the class, ‘Does anybody want to research what Brown students were doing?’ Nobody took me up on it except Vaughn when he did so last year.”

One of the judges wrote:

Building on scant University records, the author creates the history of Brown-in-China in 1920. To this end he pieces together records, letters, and a survey undertaken in rural China from faculty involved in the program; newspapers and China Mission Year Books from the period; and most interestingly, photographs and their corresponding notes from the files of the professor who founded the program. This was the student’s first use of the Hay Library and first attempt at archival research. One feels his awe and respect for these rare documents, even describing their “wonderful” binding. Not only does this study make an original contribution to our knowledge, “filling a gap” as he put it in Brown’s engagement with the Missionary Project at the beginning of the 20th century, but it is also well-written and throughout demonstrates insightful reflection on potential biases in records and survey data as well as on the scope of the claims he makes.

The judges this year were:

In partnership with the Office of the Dean of the College, the Brown University Library sponsors the annual Undergraduate Research Prize, awarded each April. The purpose of the prize is to recognize excellence in undergraduate research projects that make creative and extensive use of the Brown University Library’s collections including, but not limited to, print resources, databases, primary resources, and materials in all media. The project may take the form of a traditional paper, a database, a website, or other digital project. Please click here to visit the Prize’s webpage for more information.