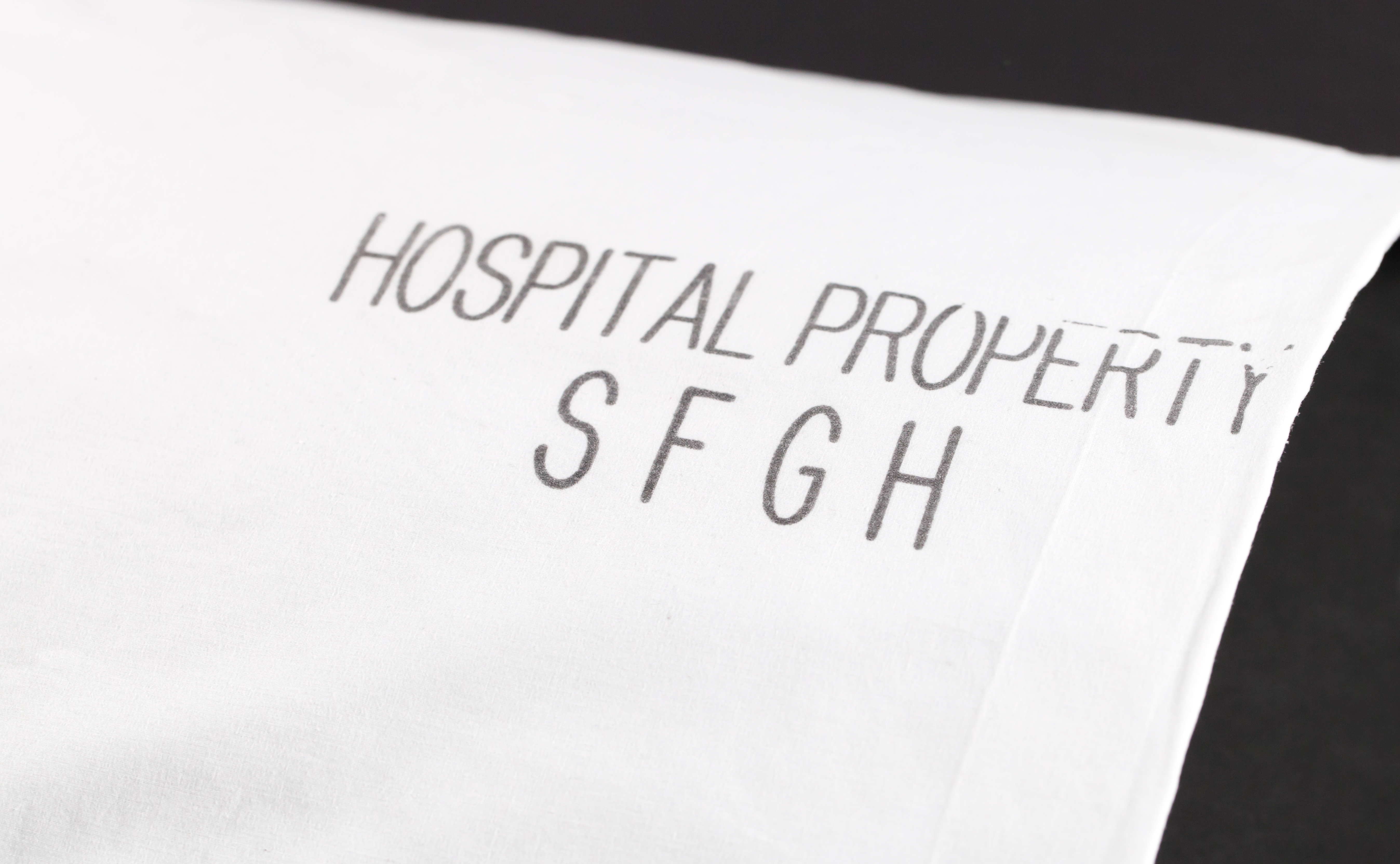 O’Hara was hospitalized at San Francisco General Hospital with AIDS-related lymphoma in February 1998. He chose to leave the hospital on the afternoon of February 18, and he died at home that evening. He was thirty-six years old.

San Francisco General Hospital was at the forefront of the AIDS crisis. In January 1983, the hospital opened the first outpatient AIDS clinic, followed later that year by the first dedicated AIDS ward in the United States. The hospital became known for the “San Francisco model” of care, an approach to treatment that emphasized compassion and respect, centralized health and social services, and collaboration with community partners.

The pillowcase will be on view in recognition of World AIDS Day.