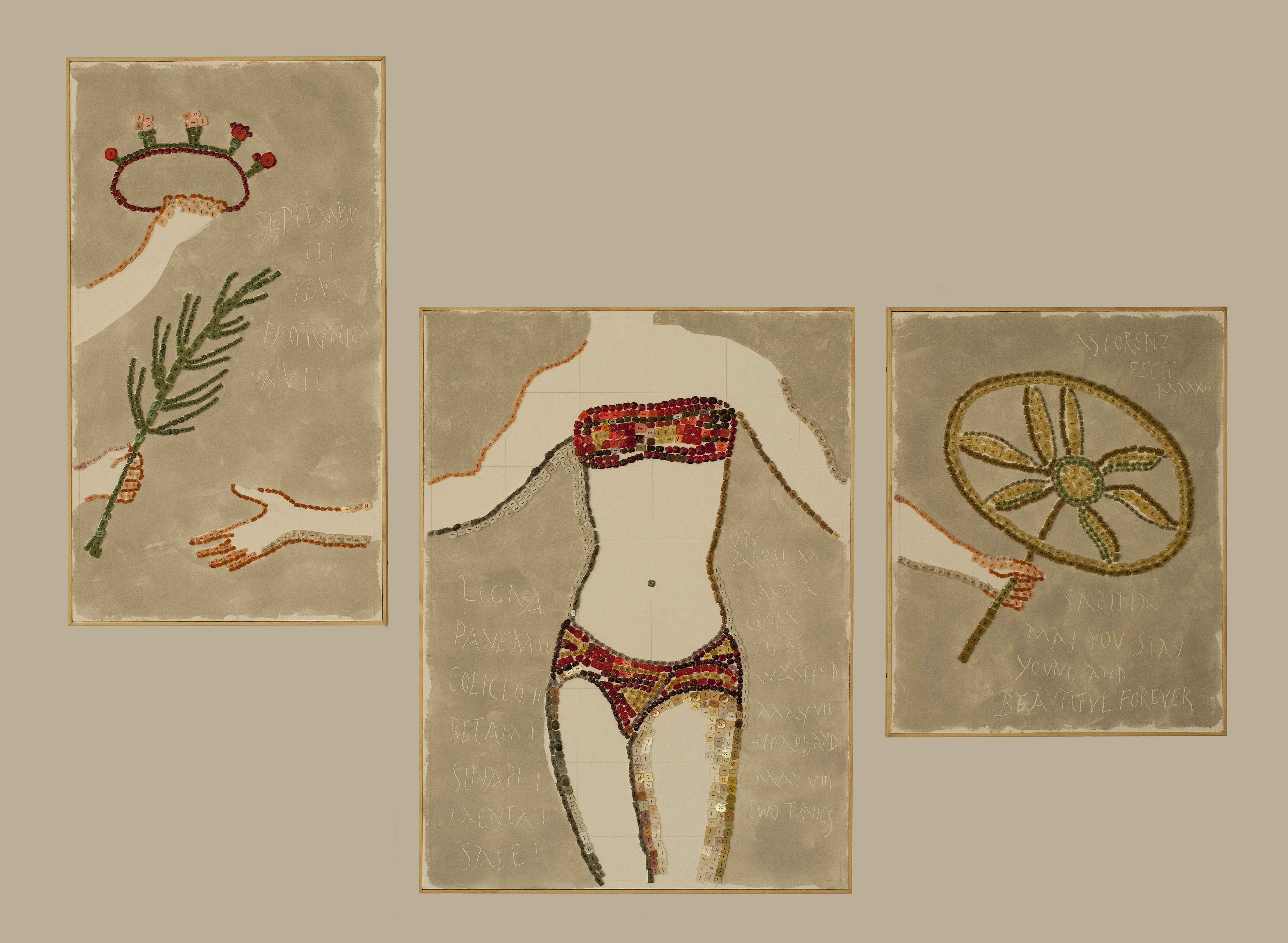 Victorious Secret: The “Bikini Girls” are Winning the Pentathlon on view at the Rockefeller Library, from August 31 – November 20, 2017

Surprise! The nearly two-thousand-year-old mosaics from Villa Romana del Casale  in Sicily, known simply as the “bikini girls,” are really female athletes from prestigious Roman families. Brown University is the tenth venue for this traveling suite of triptychs, made of buttons and hairpins, which sets the record straight on women in sports.

Meet artist Angela Lorenz, class of 1987, P’18 to learn about her visual arts project and the impact of study abroad on Friday, October 13, 2017, at 4 p.m. in the Digital Scholarship Lab, Rockefeller Library.