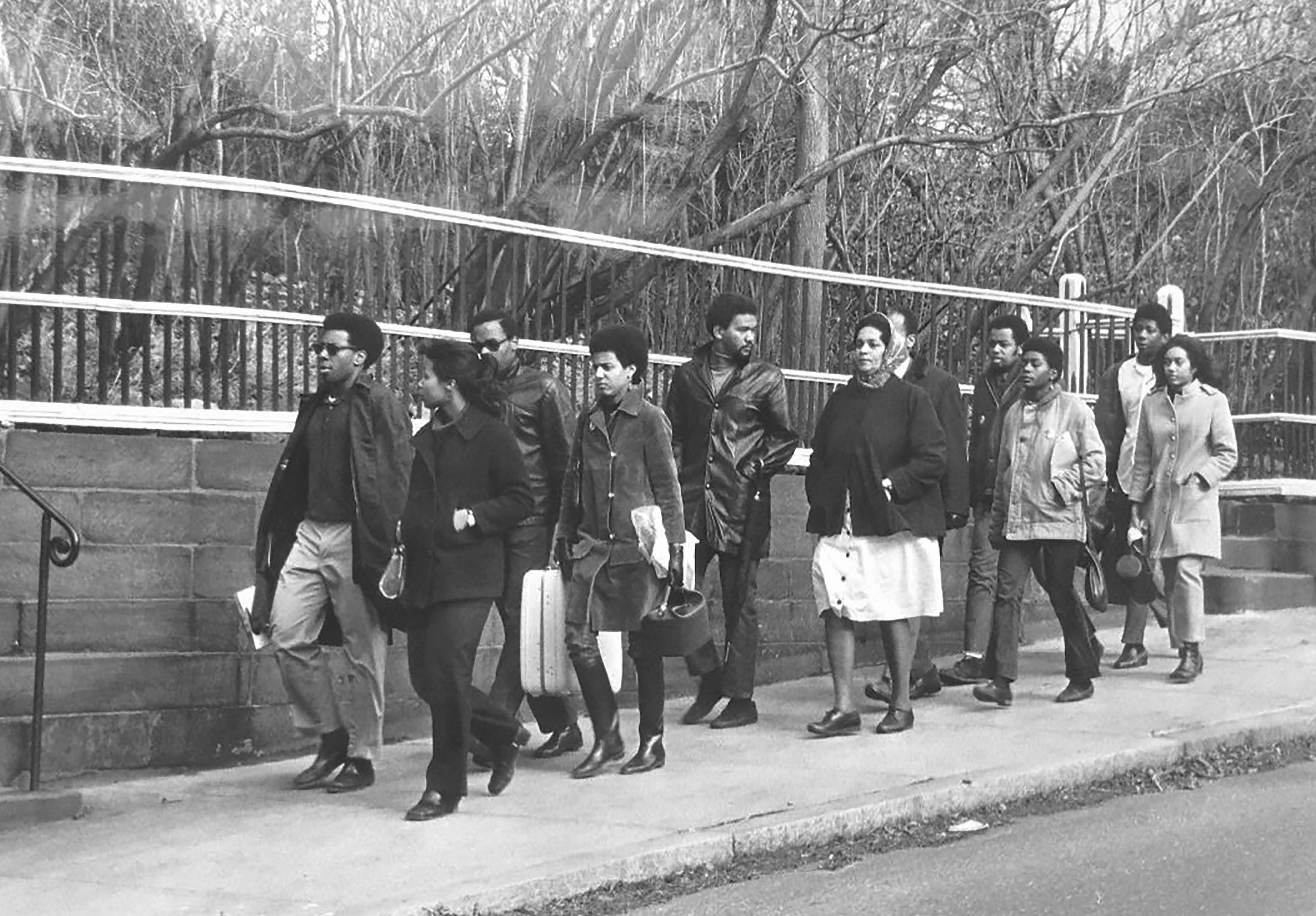 Produced by WGBH and reporter Gabrielle Emanuel, the video, “Fifty Years Ago, Black Students At Brown Walked Out For Change” is available on WGBH online.

Click here to read the WGBH story and see the video.

In addition to the video, the story will be told today during the “All Things Considered” afternoon broadcast, available at 89.3 and 89.7 FM in Rhode Island and Massachusetts.

Ms. Emanuel worked in collaboration with Jennifer Betts, Brown University Archivist and Interim Director of the John Hay Library and Special Collections, on this remarkable video that documents the Black Student Walkout at Brown on December 5, 1968. Today marks the 50th anniversary of this call to action by 65 Brown students of color, who demanded an increase in recruitment and admission of black students to Brown.

Part of a national movement by black college students, the 1968 walkout at Brown stands out for its longevity–students camped out at the Congdon Street Baptist Church for three days–and its success. As a result of this coordinated action and the serious negotiations between Brown administration and the student representatives that took place during the three-day protest, the University agreed to significantly enhance efforts around black student admission practices, with $12 million over three years earmarked for recruitment. According to a letter from President Christina Paxson to the Brown community:

The walkout ended on Dec. 9, when the students secured the University’s agreement to launch an effort to significantly increase the number of black students in each new class. Those students established a foundation for future generations of historically underrepresented students, including other black students, in advocating together for a better Brown.

This fall, the Library presented the exhibit Protest & Perspectives: Students at Brown 1960s–90s, which included the 1968 Black Student Walkout. Installed on the wall outside of the Patric Ma Digital Scholarship Lab, the exhibit was created by the Brown University Archives Fellows during the summer. They are:

Click here to see the online exhibit about the Walkout.

Days of Absence: The 1968 Black Student Walkout at Brown

In addition, the Library hosted the exhibit Days of Absence: The 1968 Black Student Walkout at Brown in the Lownes Room of the John Hay Library in September. The exhibition, curated by Bernicestine and Harold Bailey, was created in conjunction with the Black Alumni Reunion.

The Library’s collections contain a vast source of material related to social justice on campus and throughout the world. Open to the public and easily accessible to all Brown students and faculty, the John Hay Library and its knowledgeable staff are available to all researchers interested in working with the unique, fascinating, revelatory, and, in many cases, priceless items waiting to be explored.

Collections of interest in this area of study include (but are not limited to):