The John Carter Brown Library’s “Merchants of the Printed Word” symposium (February 19-21, 2015) brought leading scholars from around the world to share exciting new developments in the history of print in the Americas. Made possible through the generous support of the Gladys Krieble Delmas Foundation, the conference was timed to coincide with the 475th anniversary of the introduction of the printing press to Mexico in 1539. Together, scholars confronted a major problem of the discipline: early efforts to compile lists of printed books in Europe, North America, and Latin America were often anachronistically confined by national borders. The much-cited Medina bibliographies, for instance, which compiled lists of books printed in Latin American cities from the earliest printing press in the Americas (Mexico City, 1539) to the early 19th century, was organized by the cities in which they were printed. Historians of the book have tended to examine materials through the lens of the city in which they were published. Participants in the symposium asked each other how they might analyze printed material with other methods and frameworks to move book history in the Americas in new directions. 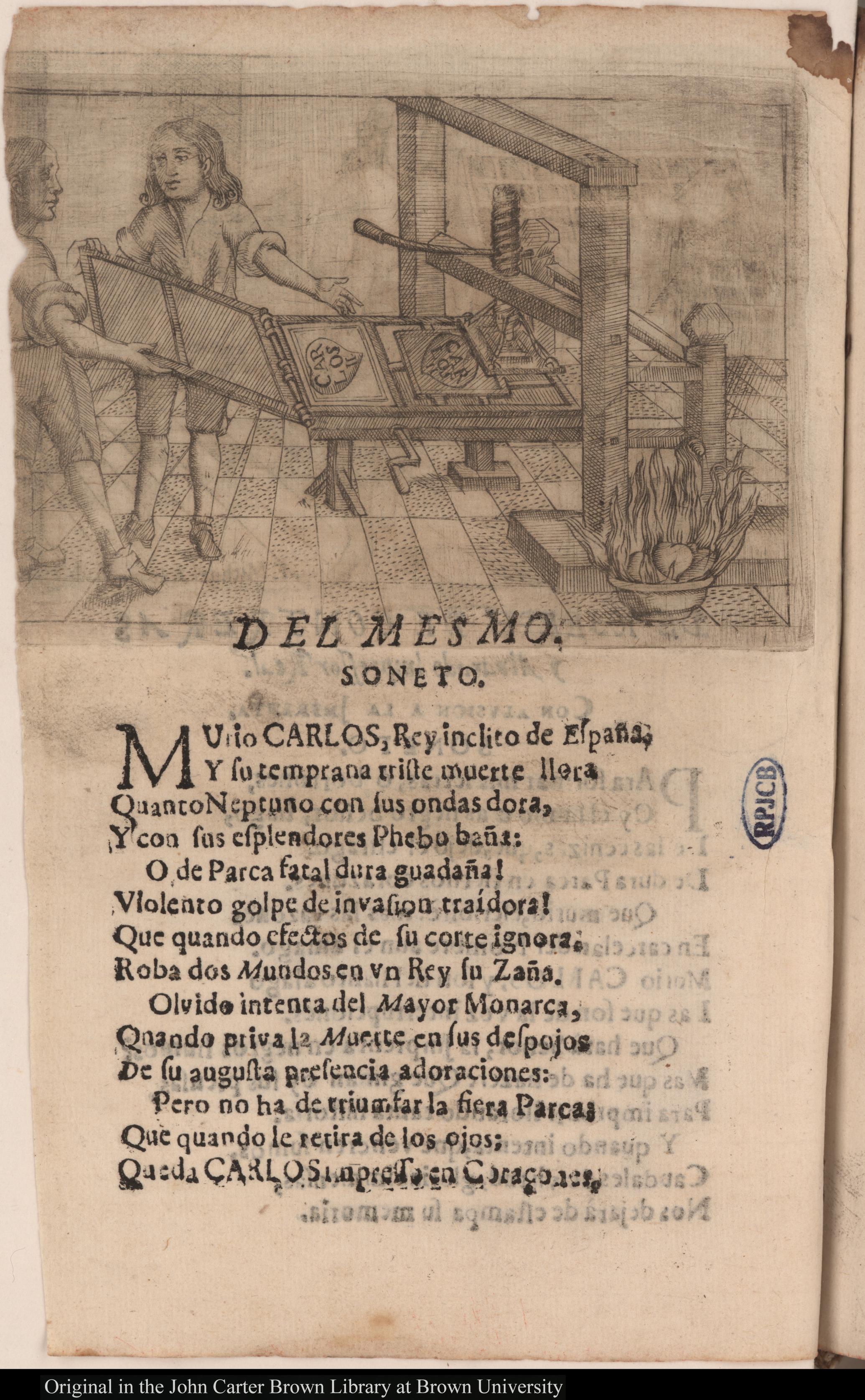 Scholars such as Natalia Maillard, Pedro Guibovich, Pedro Rueda, and Stijn van Rossem use business history methods in innovative ways to show how book merchants developed and maintained networks of trade. Maillard digs deep into the notarial records of Seville to find that from the latter half of the sixteenth century on, book merchants carefully cultivated close ties with Church leaders and Inquisition officials. They were savvy enough to see that the Church purchased large quantities of books and other paper goods, and they manipulated those connections to their own benefit. Guibovich analyzes the Peruvian book trade during the same period, finding that Peruvian printers were similarly dependent on church business to make money: nearly all their early work consisted of Church ordinances, manuals for priests, and other material to facilitate the conversion of native people to Christianity. Rueda uses the catalogues of book merchants in Seville in the sixteenth and seventeenth century to shed new light on the book trade to Mexico: what kinds of books were being sold, where, in what quantities, and to whom. Van Rossem’s examination of the records of an Antwerp-based printmaking family, the Verdussens, shows that they dramatically expanded their client base into Catholic Europe by printing large, beautiful, and expensive volumes in Latin and Spanish. This new look at the Verdussen archive shows that Antwerp’s book trade did not stagnate in the second half of the seventeenth century, as other scholars have supposed.

Clive Griffin and Cristina Soriano are faced with the enormous challenge of uncovering the secrets of the transmission of printed material in times and places without a printing press. Griffin analyzes the book trade during the first decades of Spanish colonization of the Philippines. The Spanish arrived there in 1564, but a European-style press and types did not appear until 1602. Griffin combs through the histories of the earliest expeditions and letters of various Spanish officials to find any mention of books and booksellers. For instance, he finds that during the 1580s, a Spanish bookbinder was sent to Manila to ply his trade, and was eventually run out of business by his Chinese apprentice. As there was no printing press in Manila at this time, and we have no examples of woodblock print from before the 1590s, what could these two men have been binding? Working on late eighteenth-century Caracas, Soriano uses similar sources—letters, chronicles, Inquisition records—to find that its inhabitants developed a system of borrowing, translating, transcribing, and copying books in order to spread the written word. In the barbershops, pharmacies, and taverns of the city, people commonly read news, novels, and religious books aloud, as well as performed dialogues, and carried on group discussion.

Some scholars, such as Joseph Rezek, Alpen Razi, Júnia Ferreira Furtado, and Patrick Tardieu, turn to the content of the books themselves to illuminate the contours of the book trade. Rezek analyzes the different editions of John Marrant’s Narrative of the Lord’s Wonderful Dealings to seek an explanation for their popularity. Marrant fascinates scholars today because he was one of the early black writers of the Atlantic world, but the absence of Marrant’s blackness from the text of the best-selling editions leads Rezek to conclude that they were popular in England not because they were written by a black man, but because they contained a sensational story of captivity and Christian virtue. Razi examines the 1718 memoirs of Samuel Keimer, a printer and editor, to explain how he could have founded one of the first schools for black men in the Western hemisphere and yet also moved to Barbados to write a popular periodical for the plantocracy. Ferreira Furtado explores the life and revolutionary choices of a wealthy Brazilian doctor by way of his enormous library, which contained books in many languages that he had purchased from all over Europe and the Americas: medical texts, books of geology, history, and natural philosophy. Tardieu finds that eighteenth-century printing in Saint-Domingue—which mostly consisted of state communications, the results of scientific expeditions, and so on—was highly utilitarian, serving the interests of colonial officials.

Together, these scholars have displayed innovative ways around the problem of nationalistic historiography. They have used business archives, literary analysis, and social history methods to shed new light on the printing trade. They inspire us to complicate the conventions by which we catalogue books now, such as date of publication and place of origin. Their scholarship encourages us to imagine how books moved through the world, changing lives from Antwerp to Manila.