Stijn van Rossem, “Keeping Up with the Verdussens: Antwerp as an International Hub for Catholic Books in the Seventeenth Century”

After falling to the Spanish in 1585, the city of Antwerp transformed from a typographic Humanist center into a bulwark of Counter-Reformation printing. As it incorporated itself into the Spanish Empire over the course of the seventeenth century, the city’s position as one of the northernmost Catholic towns and its longstanding tradition in the trade and printing of high quality books made it an ideal hub for the Catholic communities in the North and South of Europe. Stijn van Rossem uses the Verdussens, an Antwerp dynasty of printers, as a case study to examine Antwerp’s position in the international trade of Catholic books. 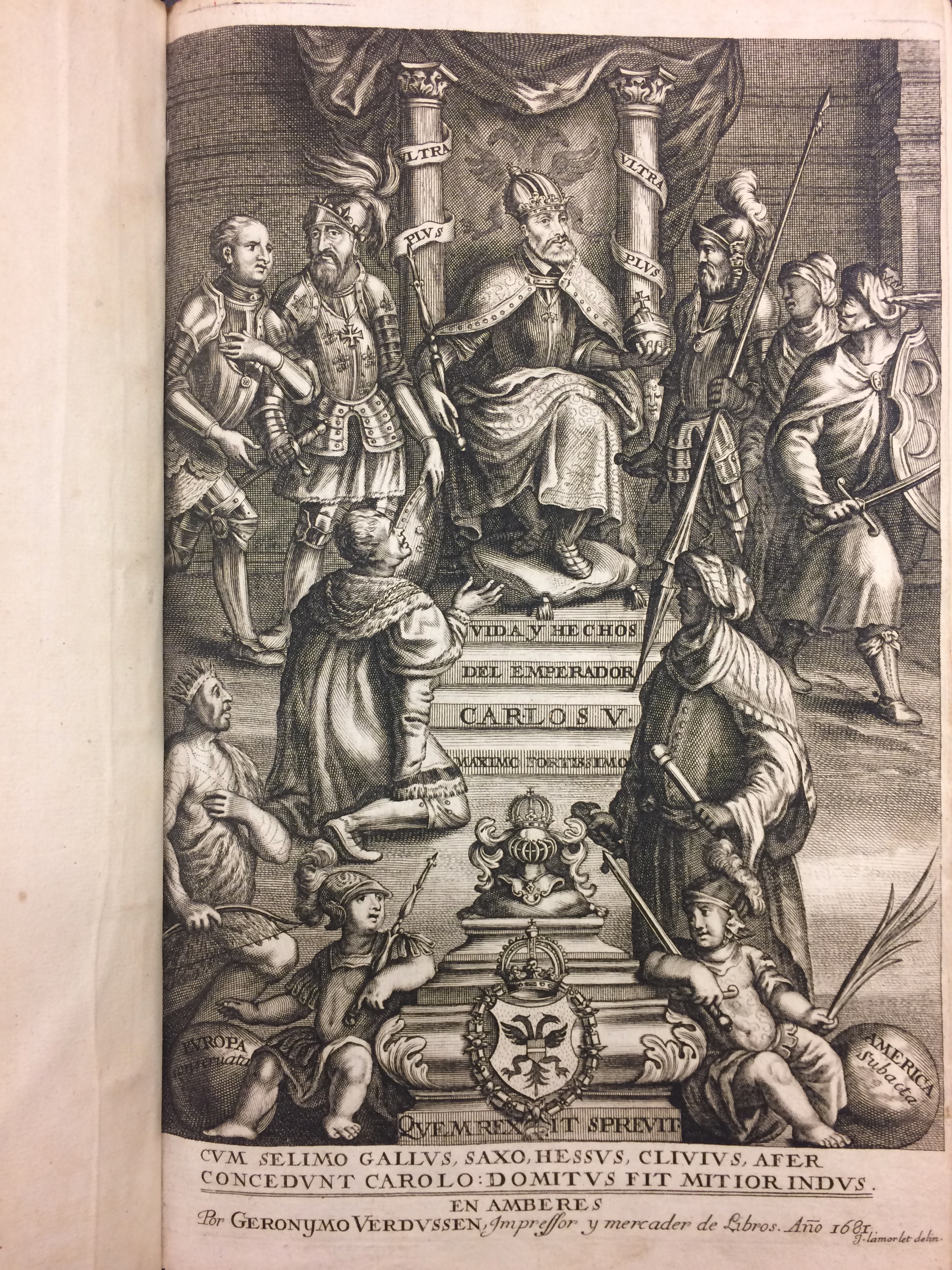 Van Rossem challenges the historiographical narrative that printing in the city stagnated in the latter half of the seventeenth century, dwindling to a mere provincial trade. With careful analysis of the Verdussens’ business archive, he finds that by printing and selling larger books with more pages, they dramatically increased production and profit. The Verdussens also looked to an international audience. They often abandoned the Dutch vernacular in favor of printing more books in Latin and Spanish, and sought out new trading partners in France, Italy, and Spain. This book, Historia de la vida y hechos del emperador Carlos V – a life of Holy Roman Emperor Charles V, king of Spain, published in 1681 – is a prime example of a book made for the Verdussens’ new customers. It is a massive folio in two volumes with elaborate engraved illustrations, bound in brown leather with gilt letters and designs stamped on the spines, and written in Spanish. The publisher himself, Geronymo (Jerome) Verdussen, included an elaborate dedication to the alcalde mayor of Antwerp, Don Alexandro della Faille. He wrote, “May Charles V be revived in our Charles II,” and signed “The most humble of your charges, Geronymo Verdussen.” The Verdussens left the local market to find a new one in Catholic Europe and Spanish America, doing their best to ingratiate themselves with the new political authorities. Their success ensured the survival of their family business through to the 19th century.