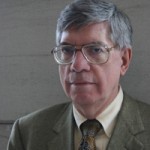 The disinclination of some people to believe that children have been sexually abused is a serious and under-recognized problem. It is a social problem that is clearest in individual cases, since even the most biased people always say “of course, sexual abuse is a problem.” A criminal case that is unfolding in Tennessee has unmasked the remarkable bias of Dr. William Bernet, whose custody evaluation in 2007 concluded that a young boy had not been sexually abused by his father. The father was awarded custody after Dr. Bernet told the court that the mother had a groundless “obsession” that her son had been sexually abused.

Four years later, according to this story in The Tennessean, an FBI investigation found “pornography and other items that the prosecutor said corroborated the boy’s story.” Criminal charges were then filed against the father. In a pretrial hearing, the prosecutor revealed that Dr. Bernet had omitted findings in his 2007 evaluation that the father had two risk factors correlated with pedophiles. Dr. Bernet also ignored the fact that the mother had taken the boy to a doctor after finding pubic hairs in his rectum and that the pediatrician had seen “fingertip bruising” on the boy’s buttocks. Faced with questions about this evidence, Dr. Bernet said the boy was “highly suggestible” and may share “delusional symptoms” with the mother.

The custody award has since been reversed and one hopes that justice will be done. The larger lesson is that a bias against thinking that children have been sexually abused, a bias that came out of the high-profile daycare sexual abuse cases of the 1980s, still exists and causes real harm to children. Being too prone to believe abuse allegations is problematic; so is being too prone to disbelieve them. But, as demonstrated in The Witch-Hunt Narrative, the former problem has been exaggerated, while the latter problem has barely been recognized.

Posted by rcheit in Uncategorized on May 9, 2014

The word “exoneration” has been given new meaning, and it includes people who were never actually proven to be innocent. This strange development is hidden in the small print of the National Registry of Exonerations, a joint project of the Michigan and Northwestern Law Schools. The project has the worthy goal of documenting cases in which “someone convicted of a crime is officially cleared based on new evidence of innocence.” That is the common sense meaning of the word and it’s the definition prominently displayed on the home page of the project.

But buried in the glossary is a “more precise definition” that amounts to doublespeak. (You have to click “learn more” on the home page and then scroll down and click “glossary” to find this important qualifying language.) An exact quote from the “more precise definition” tells the story: “The evidence of innocence need not be an explicit basis for the official action that exonerated the person.”

What does that mean? It means that cases in which the defendant has not been “cleared based on new evidence of innocence” can count as exonerations. And the “evidence of innocence” is a judgment call made by those who run the project. Through this rhetorical sleight of hand, the Registry now includes cases labeled as “child sex abuse hysteria.” In short, the Registry has adopted the witch-hunt narrative. What it has not done is confront the evidence of abuse in those cases. If the “evidence of innocence” does not need to be subject to adversarial proceedings or be the explicit basis for the official action, then “exoneration” means nothing of the sort.  It may reveal a lot about the politics behind the Registry, but it tells us little or nothing about the underlying evidence.

Posted by rcheit in Uncategorized on May 5, 2014

Proponents of the witch-hunt narrative argue that child sexual abuse cases in the 1980s were filled with claims of satanic ritual abuse. There is no question that there were parents and therapists who believed in this discredited idea. But such claims did not involve anywhere near as many criminal cases as many people assert.

The Witch-Hunt Narrative documents how many cases tagged as “satanic” did not actually involve such claims, and many cases that did also included significant evidence of abuse. Exaggerated claims about the nationwide prevalence of satanic abuse cases persist to this day. One mythical number that has taken hold is, “By 1991, 25 percent of prosecutors in the United States had handled at least one case involving satanic ritual abuse.” Here is what the original report said:

“Our question on ritualistic sexual abuse (i.e., cases with satanic or cult overtones) evoked a striking response. In our sample, fully 74% responded they had not prosecuted any cases involving these traits. Unprompted, prosecutors said they were unaware of such activity in their jurisdictions. This contradicts some of the media attention on the extent of ritualistic abuse” (Smith & Goretsky Elstein 1993, p. 29). END_OF_DOCUMENT_TOKEN_TO_BE_REPLACED