“She Shook Her Quadruplets Nearly to Death…” 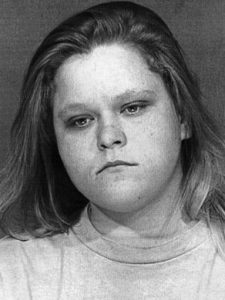 There is a disturbing article in The Daily Beast about Elizabeth Shannon Whittle, who “abused her quadruplets to within an inch of death” and was convicted of 13 counts of child abuse in 1999. The case began when a woman overheard Whittle, who had brought her 3-month-old to the Emergency Room, say “I think I shook him too hard this time. I may have broken his back.”

The child’s back was not broken, but his head was badly swollen and doctors found “a fractured skull, broken ribs, and other injuries, including retinal hemorrhage and a bleeding brain.” The infant’s three siblings were also found to have “rib fractures, broken limbs, and permanent brain damage.”

Whittle was sentenced to 172 years in prison, but she was released last Saturday. The article focuses on the strange reasons why she was released so soon. But what matters for the purpose of this blog is that Whittle clearly caused severe and permanent injuries by shaking her babies. Yet there is a movement in this country, led by Barry Scheck and the Innocence Project, to deny the existence of Shaken Baby Syndrome (referred to as Abusive Head Trauma by specialists). There is also a “documentary” film out now that denies the existence of this syndrome. The film features three defense “experts” who claim, based on mechanical models not actual cases, that the kind of injuries Whittle inflicted would have caused the baby’s neck to break. Since the boy’s neck was intact, they reason, Whittington must not have committed the charged crimes. Ditto her other three children, who all had brain damage but intact necks.

This case demonstrates that view is not true. But in modern day America, there remain filmmakers, writers, and defense lawyers who are dedicated to convincing the public that this kind of abuse is a “myth.” They claim it is all a witch-hunt.

This entry was posted on June 22, 2016, 9:46 pm and is filed under Uncategorized. You can follow any responses to this entry through RSS 2.0. Both comments and pings are currently closed.