Posted by rcheit in Uncategorized on September 6, 2016 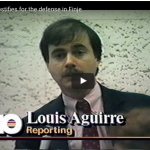 My book proves that the experiments he described were far more suggestive and repetitive than the investigative interviews in the Michaels case (see Cheit, 2014, pp. 274-275). Ceci’s experiment involved telling children week after week, for ten weeks, that something had happened to them. A minority of those children appeared to accept the suggestion after ten weeks. But no child in Kelly Michaels was interviewed that much or that way. So the claim that his laboratory experiments “pale” in comparison to the Michaels case is demonstrably false.  END_OF_DOCUMENT_TOKEN_TO_BE_REPLACED