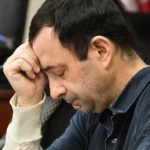 The sentencing hearing is over and 169 victims of Larry Nassar’s provided heart-wrenching testimony about the effects of sexual abuse. These brave women proved much more than that Larry Nassar was a serial sex offender. Their testimony also speaks volumes about how sexual abuse is disclosed: slowly, in bits and pieces, and often long after the abuse occurred. Some of these women had never told anyone, others had tried to tell someone and were called lairs, and others only slowly realized that what was had been done to them was abusive.

The experience of these women disproves the frequent assertion by Dr. Maggie Bruck that delayed disclosures are suspect and that true abuse is disclosed quickly and completely. (See Cheit, pp. 394-400, for a fully-documented discussion of the Marzolf case, where Dr. Bruck made this claim, even though there was an adult witness to the abuse.) Under Dr. Bruck’s view, any child who does not disclose everything quickly and fully is somehow suspect. Every single victim of Larry Nassar would be dismissed by that way of thinking.

It is not surprising that defendants are willing to pay for such testimony. What is surprising is that someone offering such baseless assertions qualifies as an expert on the topic.

This entry was posted on January 24, 2018, 7:48 pm and is filed under Uncategorized. You can follow any responses to this entry through RSS 2.0. Both comments and pings are currently closed.