How have critics responded to my book?

Posted by rcheit in Uncategorized on February 2, 2018

Special Issue on The Witch-Hunt Narrative

Posted by rcheit in Uncategorized on June 12, 2017

The Journal of Interpersonal Violence has published its Special Issue about The Witch-Hunt Narrative (Vol. 32, No. 6). Here is the Abstract of my contribution, a response to the other articles and comments:

The articles and comments in this issue bear out the enduring impact of The Witch-Hunt Narrative. There is not sufficient space to acknowledge or respond to most of this feedback. This response corrects an error that was identified by one commenter and it responds to questions raised by another commenter about my analysis of the “Concerned Scientists” brief. This response also documents how Wood, Nathan, and Beck have misapplied the term ritual abuse, misstated the facts of many cases, and promoted “mythical numbers” that significantly exaggerate the number of false convictions. These critics are wrong about the only three cases they discuss in detail. The McMartin Preschool case began with credible evidence of child sexual abuse that continues to be distorted by critics. The Keller case began with even stronger medical evidence that is not diminished by the dubious and incomplete “retraction” of the Emergency Room doctor. The Fuster case involved overwhelming evidence of abuse, medical and testimonial, that continues to be distorted or overlooked by critics. Those who promote the witch-hunt narrative rely on selective use of evidence to reach an apparently predetermined result. That is politics and advocacy, not scholarship. This dismissive approach to children’s testimony has caused documented harm to children.

Posted by rcheit in Uncategorized on April 28, 2016 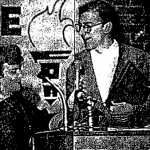 Debbie Nathan holds herself out as a principled First Amendment advocate. She belongs to the National Writers Union and in 1989, she famously gave Lawrence Stanley, a child pornographer, the Free Press Association’s H. L. Menken Award. In 1994, she wrote an impassioned plea on the Witchhnt-List against the idea of suing the authors of The Courage to Heal. “The First Amendment cannot be sacrificed in the service of ANY cause,” she claimed. If a lawsuit went forward against the book she despises, Nathan said she would “condemn the suit.” Speech should be met with speech, not lawsuits, she said.

It turns out that Nathan’s commitment to free expression and the First Amendment has one glaring exception: it does not extend to those who criticize Nathan’s own work, even in a fully documented, scholarly book. It has been two years since The Witch-Hunt Narrative was published and it’s time to tell the story of how Debbie Nathan tried to prevent its publication. Days before the publication date of the hardcover edition, Nathan sent a libel threat to the publisher. She claimed that she knew she had been libeled by The Witch-Hunt Narrative and she promised to pursue her legal remedies in the US and in England if the book was published. Tellingly, she did not identify a single offending passage. The publisher was not intimidated and the book, which documents extensive errors and omissions in Nathan’s writings, was published without delay. Not surprisingly, Nathan never followed through on her baseless threat to sue. The time for any such suit has expired, but the time has just begun for telling the story of the faux First Amendment advocate who made a phony libel threat to try to stifle criticism of her own work.

The Archive that Never Was

Posted by rcheit in Uncategorized on February 1, 2015 One of the strangest and most revealing criticisms of my book is Cathy Young’s assertion that I did not acknowledge the use of “important materials” from the Satan’s Silence archive. The claim is strange because it is proven wrong by the clear acknowledgement on page 414 of the book; it is revealing because Ms. Young, by her own account, relied on Debbie Nathan’s word for this claim. Apparently neither one of them read the book carefully.

But Ms. Young was doubly wrong. Not only were the Satan’s Silence materials acknowledged quite clearly in my book–and Maggie Bruck, who provided them, was thanked a second time on page 411–but the materials were not, by any measure, “important.” Their primary value was in demonstrating how little archival material backed up Nathan and Snedeker’s book. And even the material that was supposed to be contained in this “archive” turned out to be less than Nathan and Snedeker claimed. The “archive” is almost entirely materials from the McMartin case. There were two boxes of interview transcripts from Children’s Institute International (CII), largely from children who were not even in the case. There were almost no materials from any of the other cases discussed in their book in the third box. And most of the non-McMartin documents that were purported by Nathan and Snedeker to be in this “archive” were not actually there. Nathan informed me in 2006 that those materials might be in a shed on her in-laws’ property in Wisconsin. She later told me that they were not there.

In sum, the “archive” is important, but not for the reasons that Cathy Young claimed. Instead, the “archive” demonstrates how little original research went into Satan’s Silence. It also demonstrates how Cathy Young was so dedicated to believing the witch-hunt narrative that she relied on the (incorrect) word of Debbie Nathan rather than on a careful read of the book that she was reviewing.