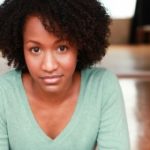 Christina Dawkins is the Program Manager for the Heyman Center for the Humanities Public Humanities Initiative and Justice-in-Education Initiative at Columbia University. She received her B.A. in Communication Studies from Northwestern University and her M.A. in Human Rights Studies from Columbia University. Her areas of specialization include women’s rights and HIV/AIDS in sub-Saharan Africa. Prior to joining the Heyman Center in 2010, she worked for several social justice organizations and campaigns, including the Clinton Global Initiative, ONE Campaign, and Obama for America. When she is not working, Christina enjoys taking part in the arts of the City, attending performances and exhibits as often as possible. 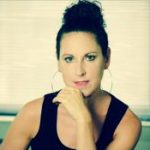 Baz Dreisinger earned her Ph.D. in English from Columbia University, where she specialized in American and African-American studies. Her book Near Black: White-to-Black Passing in American Culture (University of Massachusetts Press, 2008) was featured in the New York Times Book Review and on National Public Radio. She is the founder and Academic Director of John Jay’s Prison-to-College Pipeline program, which offers college courses and reentry planning to incarcerated men at Otisville Correctional Facility, and broadly works to increase access to higher education for incarcerated and formerly incarcerated individuals. Professor Dreisinger moonlights as a journalist and critic, writing about Caribbean culture, race-related issues, travel, music and pop culture for such outlets as the New York Times, Los Angeles Times and Wall Street Journal, and producing on-air segments about music and global culture for National Public Radio (NPR). Together with Oscar-nominated filmmaker Peter Spirer, Professor Dreisinger produced and wrote the documentaries Black & Blue: Legends of the Hip-Hop Cop, which investigates the New York Police Department’s monitoring of the hip-hop industry, and Rhyme & Punishment, about hip-hop and the prison industrial complex. Professor Dreisinger’s book Incarceration Nations: A Journey to Justice in Prisons Around the World was published in February, 2016. 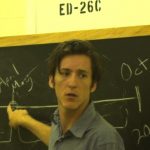 Nick Horton is the Program Coordinator and Policy Specialist at OpenDoors in Rhode Island.  He has worked for OpenDoors for 12 years, helping provide services and advocacy to people with criminal records.  He previously directed the agency’s policy department, helping pass a number of criminal justice reform bills around voting rights, drug court, marijuana decriminalization, and probation. He currently runs the 9 Yards program, which reduces crime and reincarceration by providing long-term, intensive support to high risk offenders.

Will Jackson is the College Program Coordinator for the Rhode Island Department of Corrections in Cranston, Rhode Island.  He has been in this position for 10 years, with the responsibility of overseeing all college-level vocational and credit programs for all RIDOC facilities.  The CCRI/DOC program has over 1,000 enrollments per year and has awarded over 60 Associate Degrees during this time.  Will Jackson has been in higher education advising and administration for over 30 years, with positions at University of Southern Maine (Portland), University of Washington (Seattle), and the Community College of Rhode Island. 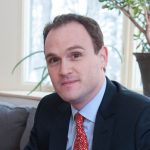 Max Kenner is the Founder and Executive Director of Bard Prison Initiative (BPI), which enrolls incarcerated women and men in academic programs that culminate in degrees from Bard College. He is Co-Founder of the Consortium for the Liberal Arts in Prison, which supports colleges and universities in establishing college-in-prison programs in 10 states.  Kenner serves as Vice President for Institutional Initiatives and Advisor to the President on Public Policy & College Affairs at Bard College. He was a
2013-’14 fellow-in-residence at the Charles Warren Center for Studies in American History at Harvard University. In 2014 Kenner was appointed to serve on Governor Cuomo’s NY State Council on Community Re-Entry and Reintegration, Re-Entry Subcommittee. In 2016 The Chronicle of Philanthropy named Kenner as a 40 Under 40 and he received a Tribeca Disruptive Innovation Award.  In 2015 he received the Manhattan Institute’s Richard Cornuelle Award for Social Entrepreneurship and in 2014 the Smithsonian American Ingenuity Award in Education. To see BPI’s 11th Commencement Video, please click here. 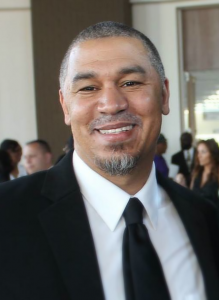 James Monteiro is the founder and director of the Prison Bridge Program in Rhode Island. He works both within and outside the Adult Correction Institution of Rhode Island to ensure that adults in transition have a college degree pathway that is integrated into the support systems needed upon release. James dropped out of school in the eighth grade and spent most of his adult life in and out of the penal system. The last time James was incarcerated he was doing a ten year sentence in one of the country’s most violent prison systems, Baltimore Maryland’s Penitentiary which was recently closed down due to unsafe and unsanitary conditions. It was there that James first went back to school earning an Associate’s degree in Psychology with Honors and upon release, earned a bachelor’s degree in Community Development at Roger Williams University’s College Unbound program. James has won the Rhode Island NAACP Joseph Lecount Award for his work founding the Billy Taylor House, a program that provides workforce development and enrichment opportunities to youth ages fifteen to twenty-one in James’ childhood neighborhood, the Mount Hope community of Providence. He has been named one of Rhode Island’s “15 to Watch” for his work in youth programs that address violence in the city and prepare the next generation of Providence leaders, and he is also an Echoing Green class of 2015 Fellowship winner for his work with individuals who are involved in the criminal justice system. 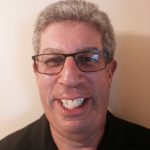 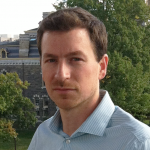 Rob Scott is Executive Director of the Cornell Prison Education Program at Cornell University in Ithaca, New York. During the past three years, the Cornell Prison Education Program has grown to operate in three prisons, serve over 150 incarcerated students and contribute to the formation of state and national coalitions for higher education in prisons. Scott holds a PhD in Education, and he has written and taught on subjects related to the history, philosophy, and pedagogy of educational systems.

Amy G. Remensnyder is Professor of History and Royce Family Professor of Teaching Excellence at Brown University. She was educated at Harvard University, the University of Cambridge, and the University of California at Berkeley. A historian of medieval Europe, she has written several books and has received numerous fellowships and awards. She is the founder and director of the Brown History Education Prison Project and has been teaching history courses at a local prison since 2010. Her increasing interest in issues of incarceration spurred her to design a course on the global history of prison and captivity, which she has taught both at Brown and at the Rhode Island Adult Correctional Institute. She is beginning work on a book about the global history of captivity. 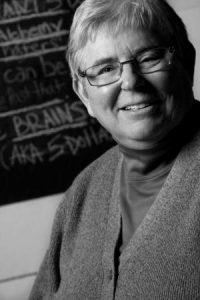 Susan Smulyan is Professor, Department of American Studies, at Brown University and the Director of the John Nicholas Brown Center for Public Humanities and Cultural Heritage.  She is the author of Selling Radio: The Commercialization of American Broadcasting and Popular Ideologies: Mass Culture at Mid-Century, and co-editor of Major Problems in American Popular Culture. Professor Smulyan is a cultural historian of the United States in the twentieth century, teaching courses in popular culture, advertising history, radio, digital scholarship, and American Studies and Public Humanities methods, directing nine dissertations, and serving as a reader on twenty five others.  She held a Research Fellowship in the Scholars and Artists in Residence at the Australian National Film and Sound Archive, Canberra; is a member of the board of the Advertising Education Foundation; and served as Principal Investigator – International, Australia Research Council project, “Globalising the Magic System: a History of Advertising Industry Practices in Australia, 1959-1989.”  She is currently interested in the relationship between the public arts and the public humanities.

Jill Stockwell is a doctoral candidate at Princeton University in the Department of Comparative Literature, specializing in Turkish and German literature. Jill has taught composition and literature courses inside New Jersey state prisons since 2013, and is co-founder of “The Prison and the Academy,” a twice yearly lecture series at Princeton that looks at the role of higher education in the age of mass incarceration.