S’Urachi is a so-called ‘complex nuraghe’, which means that it is made up of a central 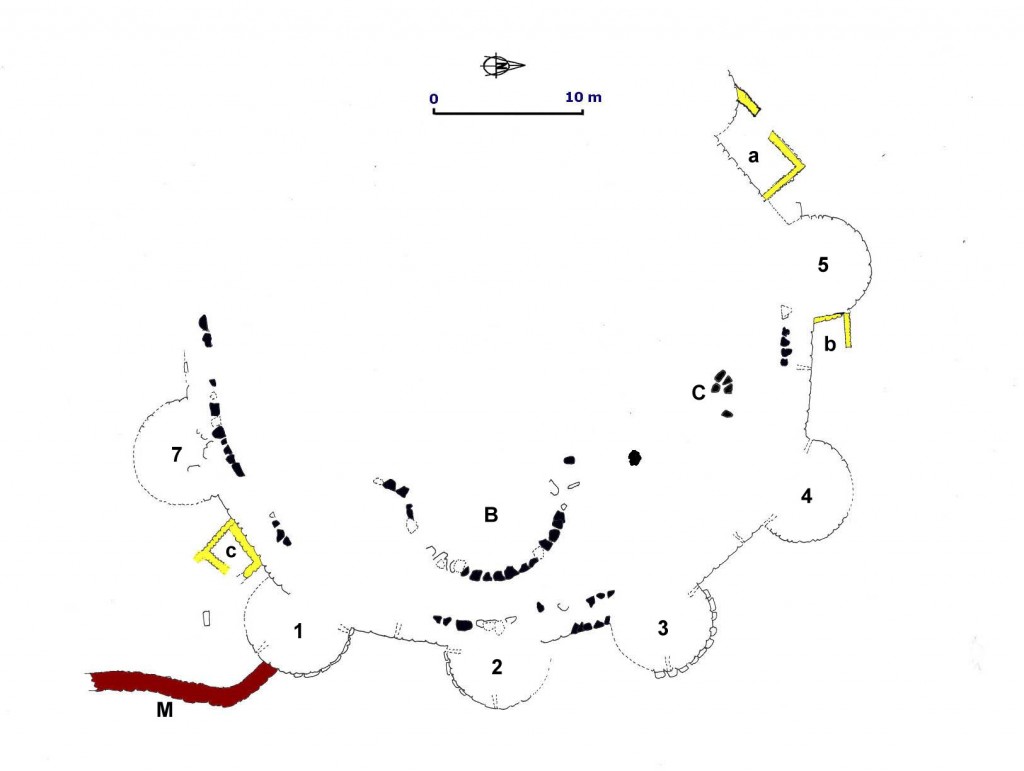 tower surrounded by multiple other ones. It is moreover part of a small group of major nuraghi whose towers are surrounded by an outer defensive wall or antemurale, which itself includes a number of smaller towers.  The standing wall that is so eminently visible at S’Urachi today is this antemurale, which still stands 4-5 m tall today. This wall originally boasted ten towers, seven of which still survive. At present, it is not possible to distinguish whether the nuraghe itself counted three or four main towers around the central one.

S’Urachi is situated in the fertile plain of the Campidano Maggiore of west central Sardinia that stretches roughly east-west between the Gulf of Oristano and the Cabras wetlands in the south and the Monti Ferru massif in the north. This area benefits from numerous small streams that come down from the Monti Ferru to irrigate the fertile soils of the plain. 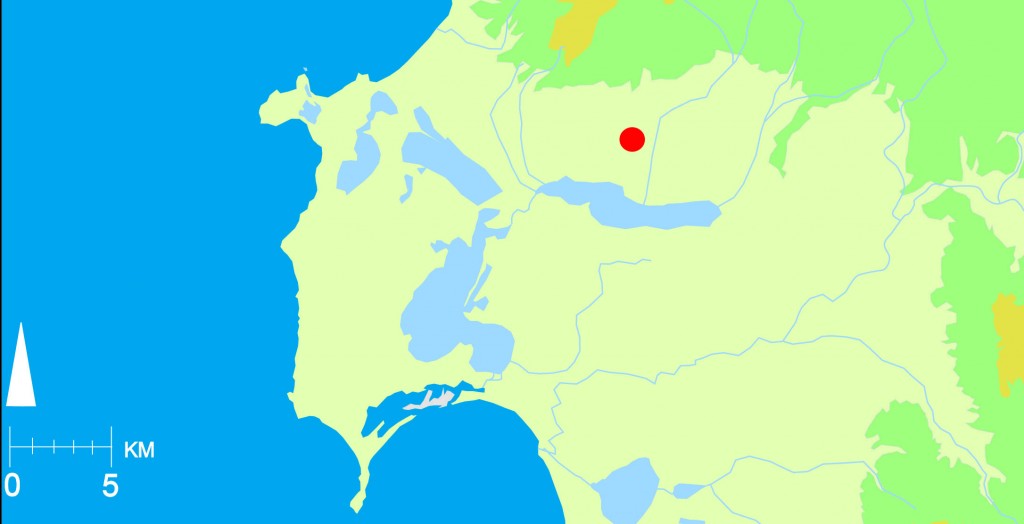 The entrance to the Gulf of Oristano is dominated by the San Marco peninsula, where the Phoenician colonial settlement of Tharros was established around the mid-7th century BCE, while the inland shores of the Gulf saw the foundation of two more Phoenician sites named Othoca and Neapolis. The wetlands and plain to the north of the Gulf and the Sinis peninsula to the west are dominated by large numbers of nuraghi, most of which are modest single towers. S’Urachi is by far the largest of these indigenous settlements.

S’Urachi was first systematically explored in 1948 by Giovanni Lilliu, who brought the outer wall and towers to light, which made it possible to identify the broad make-up of the monument. Even if few systematic excavations have been carried out since, it is clear that the site was inhabited or in use in one way or another between the Middle Bronze Age and the Roman Imperial period. The current Progetto S’Urachi was set up in 2013 to investigate specifically occupation throughout the first millennium BCE. To that end, two large excavations areas were defined adjacent to the east and south of the outer wall, where traces of ‘later’ constructions were visible that appeared to post-date the original prehistoric construction phases. The project is co-directed by Peter van Dommelen on behalf of the Joukowsky Institute and Alfonso Stiglitz for the museum at San Vero Milis (see here for organizational details).

Closely associated with S’Urachi is the nearby site of Su Padrigheddu, which lies just 200-250m to the southeast of the nuraghe. 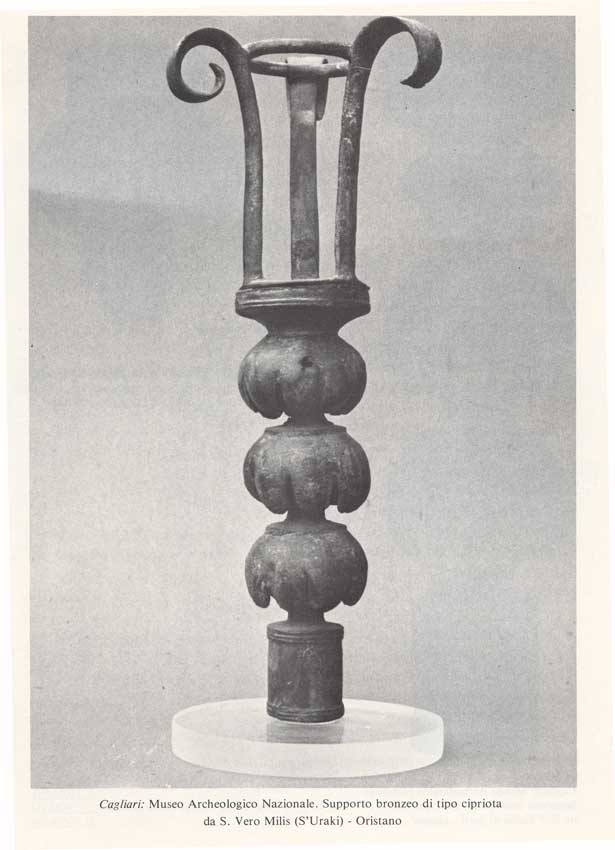 This appears to have been a settlement area made up of multiple houses, which unfortunately have all been destroyed in the 1970s when the site was deep-plowed.

The significance of S’Urachi is not only evident of the size of the monument and surrounding site, but also from the quality and rarity of finds encountered. A particular notable object is this so-called bronze torch-holder, which was accidentally recovered in the 19th century. It was almost certainly imported from Cyprus.